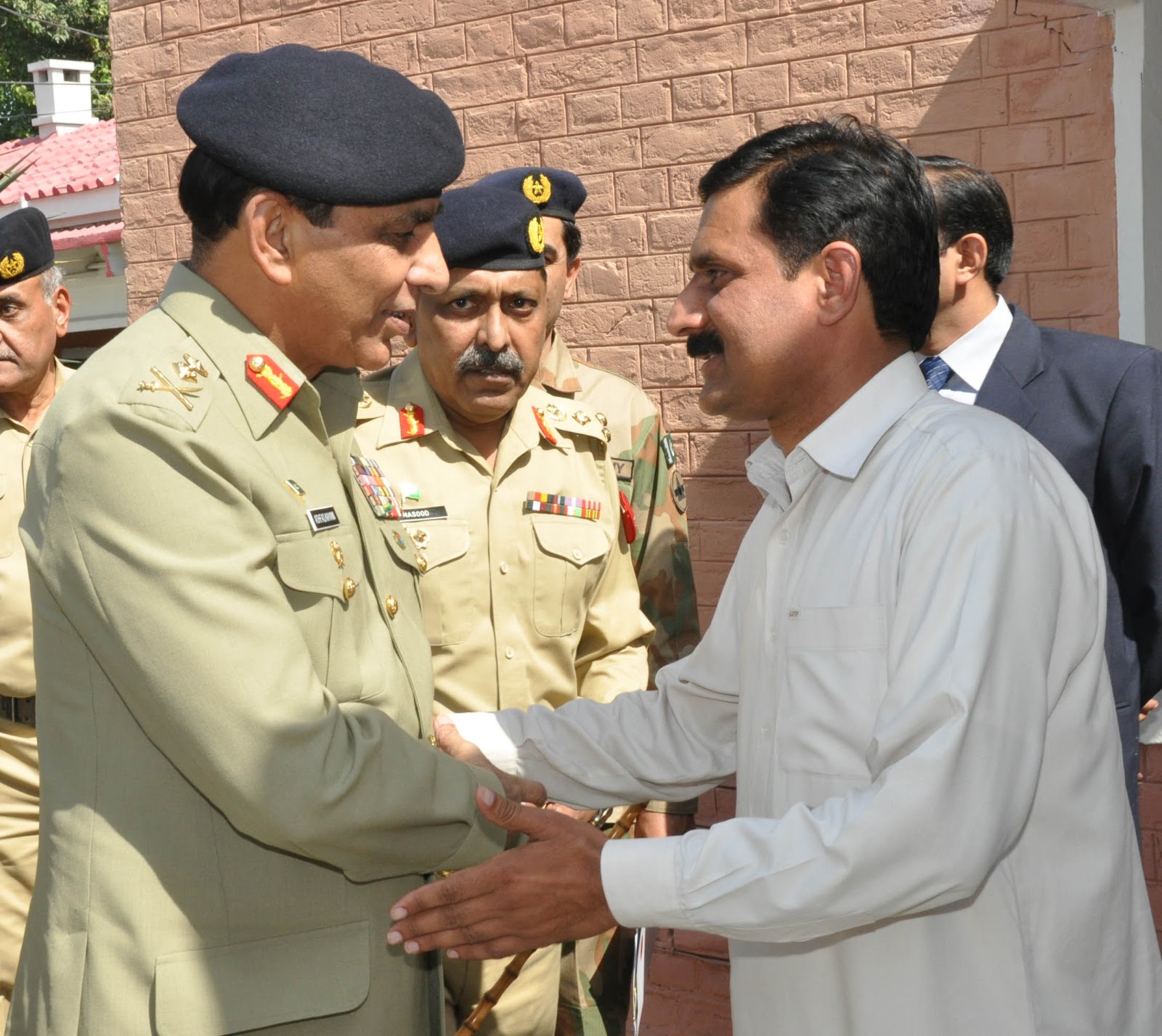 Will General Kayani care to save this man’s life from his strategic assets?

A spokesman for the Swat Taliban has threatened to kill 14-year-old schoolgirl Malala Yousufzai’s father after a failed attempt to assassinate his daughter, said a report by Reuters. Sirajuddin Ahmad, a spokesman for “Radio Mullah” Maulana Fazlullah’s Swat Taliban which previously had control over the Swat region, told Reuters that two killers from Fazlullah’s special hit squad had been sent to target the young schoolgirl. The Swat Taliban militia, known to work under the Tehrik-i-Taliban Pakistan (TTP) umbrella, has a force of around 100 men specialised in targeted killing, fighters said. They chose two men, aged between 20 to 30, who were locals from Swat Valley, Reuters quoted the fighters as saying. “We had no intentions to kill her but were forced when she would not stop (speaking against us),” said spokesman Sirajuddin Ahmad, now based in Afghanistan’s Kunar province. Ahmed said the Taliban held a meeting a few months ago at which they unanimously agreed to kill her. The task was then given to military commanders to carry out.

In another report, the Associated Press quoted the spokesman as saying that the meeting of the Taliban leadership was held two months ago. AP further quotes Sirajuddin Ahmed as saying that Malala Yousufzai was warned three times to stop her activities promoting “Western thinking,” but she did not. The last warning was conveyed a week ago, Ahmed told an AP reporter. 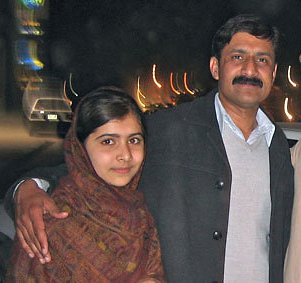 A military offensive had pushed Taliban out of Swat in 2009, but Fazlullah and his men were allowed to melt away across the border to Afghanistan. Earlier this year, Fazlullah’s men kidnapped and beheaded 17 Pakistani soldiers in one of several cross border raids.

“Before the attack, the two fighters personally collected information about Malala’s route to school, timing, the vehicle she used and her security,” Reuters quoted Ahmed as saying. They decided to shoot her near a military checkpoint to make the point they could strike anywhere, he said. On Tuesday, the two men stopped the bus she was riding home in. They asked for Yousufzai by name. Although the frightened girls said she wasn’t there, the men fired at her and also hit two other girls in the van. One of them remains in critical condition.

Now that they had failed to kill Yousufzai, they would target her father, Ahmad told Reuters. Ziauddin Yousufzai, the headmaster of a girls’ school, is on their hit list for speaking against them, his activities to promote peace in the region and for encouraging his daughter. “We have a clear-cut stance. Anyone who takes side with the government against us will have to die at our hands,” Ahmad warned. “You will see. Other important people will soon become victims.”

It may be recalled that Malala’s father was previously threatened by the Taliban in 2007 because of his support to girls education and opposition to Taliban’s violent approach to the enforcement of their interpretation of Islam. In September 2007, he responded to a threat by the Taliban by publishing an open letter in Daily Azad of Swat. 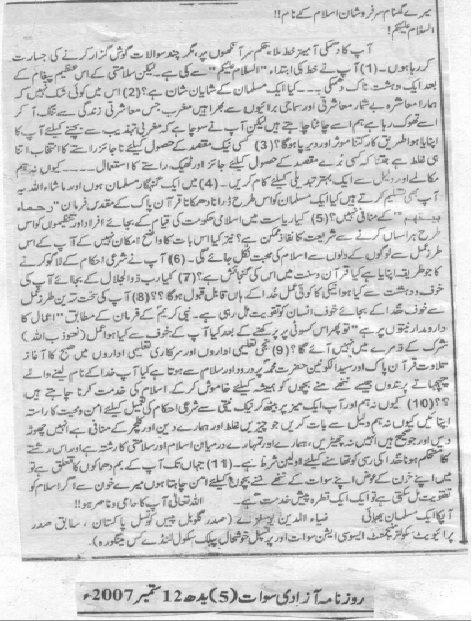