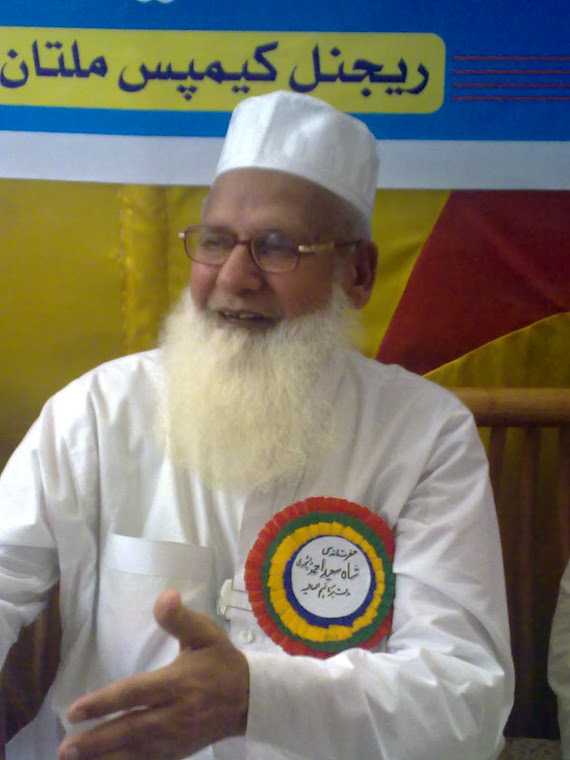 Shah Saeed Ahmed Raipuri was a key proponent of the ideology and teachings of Shah Waliullah. As a revolutionary leader, his ideas may be described as Islamic socialist; he wanted to present a progressive image of Islam as a solution to all human problems including those related to class and economic inequalities. He was patron in chief of Rahimia Institute.

He parted ways with the Jamaat-e-Ulama-Islami after their alliance with the Jamaat-e-Islami in 1977. He was a harsh critic of Afghan proxy war and opposed those who issued Fatwas (religious decrees) for it. He also criticised aiding and promoting militancy in Kashmir. His famous quote, “Pakistan negotiations se haasil kiya aur Kashmir ko jang se azaad karana chahtey ho, kuch khuda ka khauf karo” (Loose translation: “Pakistan came into being due to political struggle and negotiations, why resort to violent Jihad for Kashmir?”) — (reported by Ali Arqam)

Spiritual heir of Khanquah-e-Rahimia Raipur, India and a contemporary authority of Shah Waliullah’s thought, Shah Saeed Ahmed Raipuri left this world for his eternal abode on September 26, 2012. He was among prominent disciples of Maulana Shah Ilyas Dehalvi, founder of Tableeghi Jama’at and Shaikh-ul-Hadith Maulana Muhammad Zakariya. Rising above practical politics, on the basis of the thought of Shah Waliullah, Maulana Mahmood Hassan, Shah Abdul Qadir Raipuri, Maulana Ubaidullah Sindhi and Maulana Hussain Ahmed Madni, he established JTI in 1967, Tanzeem Fikr-e-Waliullahi in 1987 and Rahimia Institute of Quranic Science in 2000 with which thousands of youth are now associated. These youngsters learn about Islam by rising above extremism and sectarianism.

He was an incomparable Muslim Sufi, scholar and thinker, known was known for Islamic reformist, revolutionary and progressive ideology. Here are some of his own quotes and favourite quotes (reported by M. Shahid):

All human beings are Allah’s family. He loves him more who is more beneficial for His family. Hazrat Muhammad (peace be upon him)

On the Day of Judgment, I will be against him who got his work done by a labourer yet denied him full wages. Hazrat Muhammad (peace be upon him)

The reason for poverty and hunger is not the scarcity of resources, but their unjust distribution. Shah Waliullah

The objective of the Quran is to establish a just society. Imam Ubaidullah Sindhi

If rulers are unworthy and rights of humanity violated, then work for a revolution to offset decadence.

Allah ordered the Prophet (peace be upon him) to eradicate tyranny from society, to help oppressed people, and to free all people of the world from oppression and injustice.

Namaz was supposed to create Walis. Instead, nowadays, we see that the traits of people offering the same Namaz are that of tyrants and evil doers.

Allah says that Namaz is my right and I can forgive my right. But lying, slandering, harming others – these are the rights of the men (Haqooq-ul-Ibad).

If rulers are unworthy and rights of humanity violated, then work for a revolution to offset decadence. 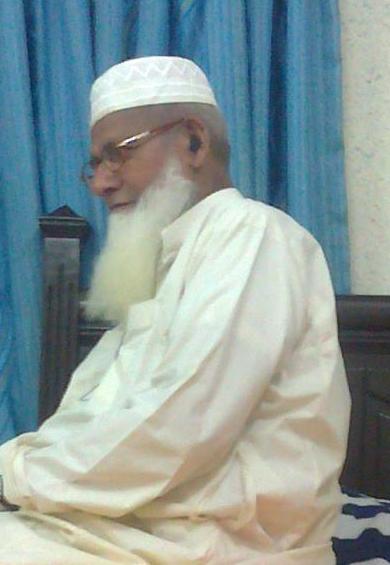 The following excerpt from Professor Tahir Kamran’s article throws some light on the Islamic Deobandi movement of which Shah Shaeed Ahmed Raipuri was an important part.

In the early twentieth century, Abdul Rahim Raipuri (1853-1919), a Naqshbandi pir and Maulana Ashraf Thanvi wielded considerable influence in the Punjab. Abdul Rahim Raipuri was born in Tigri, a town in Ambala district. He, therefore, may be considered as the earliest Deobandi alim with Punjabi background. However, he spent most of his life in Ganga-Yumna valley, working on different positions in various madaris like Mazahir ul Ulum Sahranpur and Delhi. Many of his successors like Shah Abdul Qadir Raipuri, Shah Abdul Aziz Raipuri and Saeed Ahmed Raipuri set up madaris in Lahore and Sargodha by the name of Idara Rahimia Ulum-i-Qurania. 37 The network of Nizam ul Madaris ur Rahimia is very extensive; innumerable madaris affiliated with it through out Pakistan.38 Unlike other Deobandi groups, its denomination disproves violence and organizes peaceful protest movements.