Home  »  Newspaper Articles   »   Would Jinnah have lived as a Shia? – by Faiza Mirza 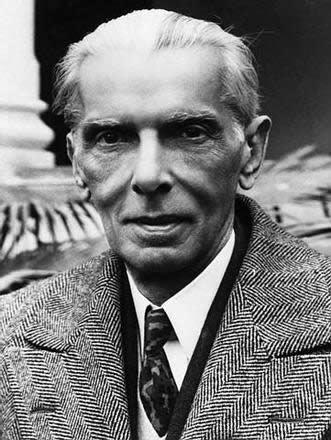 Twenty-nine years ago a boy was born in the city of Karachi. His excited parents just like many before and after them, faced the common question: What should we name him? A name which would do justice to do the kind of person they hoped he would grow up to become. His father, foreseeing the inevitable future, suggested that he be named Sohail Tanveer* going against the child’s grandparents and mother’s wishes, who wanted him to be named Syed Abbas Raza Rizvi, proud of their affiliation with Shia ideology.

Eighteen years later, Tanveer found himself and his family embroiled in another struggle. This time, however, the problem surrounds the academic line he should choose. After almost two decades, the roles reverse and his mother takes charge of the situation. She urges him to choose any other academic field but the field of medicine. Her demands were prompted by the series of targeted attacks on Shia doctors in Karachi.

Tanveer, who was ripped off of his identity at the time of his birth and later was forced to choose against his academic aptitude, succumbed to all that his parents ordered, knowing that they only had his safety in mind. His parents ensured that every aspect of his outer persona and bearings remained free from any affiliation with his sect.

Such has been the force of fear borne by many Shia Muslims living in Pakistan.

Tanveer’s family had a choice, unfortunately, many Shias do not have an alternative because their outward appearance, ethnicity and whereabouts are inevitable clues to the discriminating killers who identify and murder them ruthlessly.

Whether we talk about the Hazara community of Afghanistan who were brutally massacred by the Taliban or the Shias living in Parachinar who are targeted by local militants because of their religious beliefs or members of the Hazara community living in Balochistan and Gilgit-Baltistan, the violence against Shia Muslims perpetrated and sponsored by fascist groups undoubtedly marks the advent of the beginnings of another holocaust.

In some parts of the country the situation has deteriorated to an extent that Shia Muslims refrain from going out of their houses. In 2010, many Shias living in Quetta received brochures and notices, signed by a banned militant outfit, declaring them infidels and making them liable to be prosecuted. The message also specified that all Shias should leave the country by 2012 for the safety of their lives, conveniently banishing them from a country to which they are more loyal than the bigoted groups propagating hate and fear.

Another such example of this obscenity is a recent grotesque video showcasing the true colours of intolerance in our society. The video shows snippets of the Chilaas massacre, featuring a poor, old man who was asked to prove his identity as a Sunni Muslim. Throughout the video the voices of monsters chanting “Shia Kafir” can be clearly heard – one can not help but wonder exactly when it was that humanity died.

The question is who has the right to flag people as believers and non-believers? Who has the authority to criticise anyone’s faith? And most importantly, what do they want them to do? Leave the country and live in a self-imposed exile away from their homes?

Many Pakistani Shias have sought political asylum in other countries, whereas others frequently leave for safer abodes; however, Pakistan is where their heart truly is. It is their home.

A Shia Muslim living in United Kingdom expressed his profound sadness on past and recent carnages on condition of anonymity by saying, “When Muslims from the Shia school of thought are targeted, I am hurt as a Muslim, as a Shia Muslim. Having grown up in Pakistan, my best friends come from different ethnic communities and sects. I believe that our country can alleviate the state of violence only if we unite as Pakistanis — transcend labels of Sunni, Salafi, Deobandi, Shia, Ahmadi, Hindu, Christian and Parsi — by being vocal in our condemnation of these acts within our respective local communities.”

The truth is that the acts of these uncivilised and inhumane traitors — primarily responsible for supporting sectarian strife in Pakistan — do not have religion on their main agenda when they are instigating violence. All they care and think about is money and the power it brings. Then why hide behind the facade of Islam or any other hypocritical rationale instead of accepting the real motives?

Most disappointing is the knowledge that it is not only the hate-mongering militants who spew venom against Shias. Growing displeasure amongst a group of fundamentalist Pakistanis, which can be attributed to the humongous efforts of pseudo-religious scholars and their misconstrued religious rants, plays an integral part in further pushing the Muslim minority to the precipice. Over the years contents of religious sermons have been tweaked greatly to instigate vengeful feelings toward people professing different faiths. It is ironic that the platform which can be used to propagate humanity and coexistence is widely being used to instigate violence.

What exactly is their fault? Is it that they were born on the wrong side of the globe? Or that they belong to a group of people and society that refuse to accept them as one of their own? Or that they serve Pakistan and protect its people as NLI soldiers? Or that they have always contributed positively in the development and progress of Pakistan?

With the ongoing debate about Jinnah’s religious inclinations, many people wonder that if he were alive, would he have been branded as an infidel as well or survived the sectarian strife? A question which should be a source of introspection for most of us.