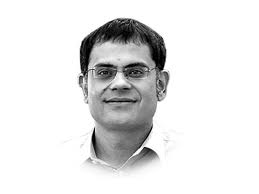 The joke is that those who raise the slogan of Islam in the loudest voices have nothing to do with the philosophy of this religion… Apart from imperialism, no mention is ever made of Islam’s great humanism, nor is it considered necessary to speak about the open-heartedness of Arab seers, Iranian poets and Indian Sufis (currently found as Sunni Barelvis in the Subcontinent). There is no interest in the philosophy of Ali and Hussain. Islam is being presented as a violent religion and a violent way of life.” (Qurratlain Hyder, Aag Ka Darya, 1957)

On August 16, 2012, passenger buses headed towards Gilgit-Baltistan via the Mansehra-Naran-Jalkhad route were stopped by killers dressed in military uniforms, who undertook a witch hunt of Shia Muslims by putting them through a theological test. Later, the terrorists killed 21 Shias and 3 Sunnis who tried to protect the former. This was the second such incident on the highway — in February 2012, 19 Shias were murdered in broad daylight. Only this year, there have been dozens of attacks on the Shia population in Pakistan, and hundreds have been killed.

More recently, the Gilglit Baltistan and Balochistan have emerged as the hot spots for Shia hatred and killings. These are zones where governance is weak and new havens are being established for Sunni militant organisations that can launder the Taliban and Al Qaeda agenda of destabilising the country and cleansing it of non-Wahabi-Salafi influence.

The expansion of sectarian hatred has emerged as a major threat to peace and harmony in Pakistan. According to an estimate, at least 19,000 Shias and thousands of Sunni-Barelvis have been killed in a slow motion genocide by Deobandi-Wahhabi militants. The denominational differences in Islam are not new. They have been there since the new faith spread from the seventh century onwards. Sects of Islam have always reinforced the pluralism of this faith and its ability to absorb myriad cultural nuances. From the spartan interpretations of the faith in the Arabian Peninsula to the eclectic Central Asian and Persian cultures, the core principles of Islam – equality, redistributive justice and focus on spirituality – have attracted a variety of groups and communities.

In South Asia, Islam arrived through the Sufis who were multicultural by birth and attitude. Sufis had their sectarian origins but they placed emphasis on the inherent cultural diversity of the subcontinent; instead of being exclusivist, they attempted to be as inclusive as possible. Most Sufi orders established in medieval India respected local traditions, folklore, languages and age-old belief systems. This is how the peculiar framework of a tolerant, secular local society emerged in South Asia. As court-based Ulema gained power and influence, there were communitarian and sectarian tensions, which usually come with the organised clergy.

The Shia and Sunni clerics opposed each other but kept the debates intellectual and theological. Manazara (a theological debate) was a popular instrument in the nineteenth and early twentieth centuries. It would shock many Pakistanis to know that even Ahmadis (also termed pejoratively Qadianis) held manazaras with Sunni clerics and no one brandished each other as infidel or called for ‘cleansing’.

The contemporary notion of violence and hatred is a political phenomenon that has come through the manufactured majoritarian religious identity developed by the state. This is why there was an official dilemma, a schism, manifested at the time of the funeral prayers for Jinnah, the country’s founder. The latter had converted to Shia faith but, as a leader of the Sunnis, his funeral had to subscribe to the majority norm. The civil-military bureaucracy — devoid of a political and progressive vision for the postcolonial state — allied with the clerics and capitulated at every stage. In the 1960s, the funeral of Jinnah’s sister, also a democrat, Fatima Jinnah underwent similar trajectory. Khaled Ahmed has quoted Ayub Khan’s diaries in his seminal work on sectarianism. The lines from Ayub Khan are tragicomic as well as indicative of how early we had started to pander to exclusion of Shia identity in the public arena. Here is our ‘progressive’ dictator recording the account of Fatima Jinnah’s funeral:

“11 July 1967: Major General Rafi, my military secretary, returned from Karachi. He had gone there to represent me at Miss Jinnah’s funeral. He said that sensible people were happy that the government had given her so much recognition, but generally the people behaved very badly. There was an initial namaz-e janaza at her residence in Mohatta Palace in accordance, presumably, with Shia rites. Then there was to be namaz-e janaza for the public in the Polo Ground. There an argument developed whether this should be led by a Shia or a Sunni. Eventually, Badayuni was put forward to lead the prayer. As soon as he uttered the first sentence the crowd broke in the rear. Thereupon he and the rest ran leaving the coffin high and dry. It was with some difficulty that the coffin was put on a vehicle and taken to the compound of the Quaid’s mazar, where she was to be buried. There a large crowd had gathered and demanded to converge on the place of burial. This obviously could not be allowed for lack of space. Thereupon, the students and the goonda elements started pelting stones on the police. They had to resort to lathi charge and tear gas attack. The compound of the mazar was apparently littered with stones. Look at the irresponsibility of the people. Even a place like this could not be free of vandalism.”

While the Sunni state was tottering for creation of an identity, the real putsch came in the 1970s with the formal alliance that Bhutto made with the Arab world and its proxies, ie, the religious right. Thereafter when General Zia contracted with the Middle East, especially Saudi Arabia. There were a mix of factors: petrodollars, migration of Pakistani workers, vague notions of an Ummah (dominated by Saudi and Pakistani muscle), and later, the clear-cut alignment with US strategic interests in South West Asia.

Saudi money started to shape a new Pakistan: an influential madrassa network which followed the ‘Ahl-e-Hadith’ interpretation of Islam closely tied in with the puritanical Wahabbi-Salafi stream of Islam defined by the House of Saud to control the Arabian Peninsula and deny the Shia populations their voice and status in most of the Gulf belt. The introduction of mandatory Zakat collection and the promotion of Deobandi groups for jihadi purposes became state policies. To counter the evil Soviet Union was a collective project of Pakistan and Saudi Arabia with US money and shortsighted objectives in the region. Today, the US cries foul of Islamic jihad, conveniently forgetting that decades of investment have created ‘demand’ for jihad as well.

This is why known clerics and ‘scholars’ such as Dr Israr Ahmad received state patronage. Their Shia hating views were well known, and state-run television gave them ample space, and the vernacular press articulated their version of Islam spreading hatred across all strata of society. Pakistan’s civil military bureaucracy prayed on Fridays under the leadership of Dr Israr who married his daughter in Muharram (month of mourning) to undermine the Shia religio-cultural practices. It is another matter that Pakistan’s inherent pluralism, which is centuries’ old, continues to resist this top-down project of the state.

But this ‘Sunnification’ project is now an existential danger for Pakistan. Despite the limitations of PEW polls, their new survey shows that nearly half of Pakistanis do not consider Shias as ‘true Muslims’. Hate literature is found everywhere, printed in thousands, and the Internet is the new bastion of religious extremism. On Youtube alone, thousands of videos calling and rationalising Shias as infidels can be found.

The top down sectarian hatred for Shias has been institutionalised through the formation and rise of anti-Shia militant organisations (mostly Deobandi and Wahhabi-Salafi) such as Lashkar-e-Jhangvi (LeJ), Sipah-e-Sahaba Pakistan (SSP), or its ‘sanitised’ version Ahl-e-Sunnat-wal-Jamaat (ASWJ), all of whom have played havoc with the social fabric of the country, especially in the Punjab province. Reports suggest that they are in league with the anti-state Tehrik-e-Taliban Pakistan (TTP). Others have warned that this is the way Al Qaeda is operating in Pakistan. Thus the state and society of Pakistan are under severe threat. Ayaz Amir (The scope and tapestry of religious extremism, The News August 24, 2012) has put it plainly:

“North Waziristan extremism has ideological sympathisers, sleeper cells and a support network, a mosque support network, running from one end of Pakistan to the other. And it is thriving in an atmosphere of radicalisation marked by such incidents as the killing of Shias in Quetta, the murder of Shias in Kohistan… When the next bunch of Shias is murdered we read it as a newspaper item and shrug our shoulders and carry on as usual. And the call to prayers is sounded and it makes not the slightest difference to our collective conduct.”

Across the spectrum, Pakistan’s sane voices are calling for urgent attention of the state. But the politicians are scared of the power of Sunni extremists, as well as of their historical links with the intelligence agencies. The law enforcement agencies as a subset of the larger society are not free of radicalization either. The police recruitment and training methods are antiquated and do not have adequate focus on human rights’ protection. The prosecutors are in short supply and insecure to take a stance. Worse, the judges have also been cowed down by the might of these agencies. Some say that they also espouse the majoritarian [Sunni] Islamic identity. And the armed forces, never shy of advocacy on US Kerry-Lugar-Berman bill, have nothing to say on the murder of their fellow citizens whose security is their professional duty. We are faced with an onslaught of silence, inaction and policy paralysis.

Pakistan has to protect its Muslims and non-Muslims alike. It has a Constitution, which needs to be upheld by all institutions of the state. Most importantly three areas of reform are critical: First, beefing up and re-educating the law enforcement agencies and giving protection to witnesses, prosecutors and judges who handle sectarian cases. Second, urgent measures to regulate the check the growth of hate industry, which should be unacceptable in a plural country like Pakistan. For this purpose, publications need to be screened and the seminaries’ curricula have to be regulated. Lastly, a comprehensive policy review by the military and civilian authorities that far from being the assets, the Sunni extremist organisations are now sources of social instability and can accelerate state collapse. Surely this is not what the ruling elites want unless they are on a suicidal path.

The writer is Director Policy & Programs at Jinnah Institute in Islamabad. The views expressed are his own. His writings are archived at www.razarumi.com

A few headlines this year say it all

March 18: Shia leader and member of peace committee gunned down in Hangu

April 3: Sectarian unrest boils over in Gilgit-Baltistan, after 16 were killed

May 6: Hazara man killed in Balochistan

May 15: Hazara Brothers killed in sectarian attack in Quetta

May 24: Member of Hazara community killed in Balochistan

May 30: Another Hazara killed in Quetta

Source: Adapted and edited from The News