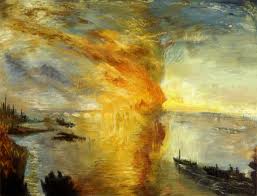 For many years now Pakistan seems to be engulfed with ever increasing internal/external disturbances, turmoil and natural calamities. These internal/external disturbances, turmoil and natural calamities jolt the country either in the shape of terrorist attacks, sectarian based killings or in the form of earthquakes and floods. Same time armed gangs belonging to various Islamic, ethnic and ideological groups have hijacked the whole nation. Disappearance of human beings, belonging to rival religious belief and ideology groups, and later discovery of their distorted and degenerated bodies have become a daily phenomenon in various parts of the country. Kidnapping of wealthy and influential to demand ransom is a lucrative business these days.  Electricity, CNG load shedding, corruption and bad governance in each department of life have further added to the miseries of ordinary Pakistani.  Various activities of military brass, judiciary and civil elite to down grade each other dragging the country in to further deeper waters and heading for dire consequences. Without exception each Pakistani seems to have lost the characteristic of patience and even on petty matters all keep on fighting with each other. Almost all consider their life in hell on this part of the planet. Such continued pathetic state of affairs surprises many analysts and force them to ponder for a deeper research to find out the reasons.

Sometimes ago Mr. Salim Safi, presenter of Geo TV program Jirgah, aired a program on the topic given as the title of this article. On telephone line, during the program, he connected live few Ulemas and other notables of the country. At least each “religious Aalim” of the country declined to accept the present pathetic state of the country as wrath of God rather termed it as trial for the nation to learn lesson and improve spiritual behavior. According to single argument of these religious Aalims the wrath of God targets a nation only when some messenger of God is sent and nation refuses to accept him. According to the interpretation of these religious Aalims, chapter of coming of any messenger of God has since been closed as such no chance for Pakistani  nation to deny such messenger thus question of wrath of God on Pakistani nation is ruled out for ever. Someone attempted to bring in the concept of promised Imam Mehdi and Messiah.  However in such programs since the control always remains with presenter as such this voice was pressed down.

Now here one very pertinent question arises. Throughout two centuries, whole Muslim Ummah was waiting for the prophesied Imam Mehdi and Messiah. Designated time line approached and passed. Meanwhile Mirza Ghulam Ahmad of Qadian claimed to be the promised Imam Mehdi and Messiah. Immediately hue and cry spread and the majority of Muslim Ummah threw him and his followers out of the pale of Islam.  Till today the founder of Ahamdiyya Community is considered to be infidel and impostor.  From the time the founder of Ahamdiyya Community made the claim, no other claimant came in the field. Rather now this chapter of Imam Mehdi and Messiah almost seems to have been closed and no one expects any heavenly entity anymore.  However when we make comparison between Muslims of Pakistan relative to Ahamdiyya Community very distinguished facts reveal.  In spite of opposition of whole Muslim Ummah this community is flourishing each day.  It is most organized, disciplined and spirited community.  In whole of the world community is in forefront for the construction of the mosques. The community has translated holy Quran in more than 50 languages. Community owns its television net work known as MTA (Muslim Television Ahamdiyya) broadcasting the Islamic programs round the clock in many famous languages of the world.  These days, in many developed countries the community is taken as the sole representative of moderate and peaceful Islam.  Community has openly claimed that in its history of 123 years, never ever any member of the community indulged in extremist or anti state activities.  Community is lead by a supreme head which is called Khalifa and all members offer unconditional allegiance to Khalifa and obey him in all good things.

Here now million dollar question arises. If the founder of Ahamdiyya community was infidel or impostor that too on the name of Allah and Islam, why then community is prospering every day? During 123 years of its history why any worldly power did not succeed destroy this movement. Rather there are obvious examples where many powerful entities perished when they tried to strangulate this community. Very openly supreme head of community is announcing the truth of founder of community as promised Imam Mehdi and Messiah and terming the miseries of Pakistan as wrath of God due to maltreatment of Ahamdiyya community.  Here one can say why to single out Pakistan while all other countries also did not accept this claimant. According to community members, Pakistan was the homeland to the community after partition of India as such ought to suffer directly for any wrong deeds done with the community.  It is the Pakistan which is at fore front for anti Ahamdiyya activities and maximum anti- Ahmadiyya atrocities are committed in this country.  Further it is the only country where anti Ahmadiyya legislation has been done and every day hundreds of thousands declare the founder of community as impostor.

Analysis of prevalent state of affairs in Pakistan apparently supports the claim of Ahamdiyya Community.  Is there anyone who can ponder on this point so that Pakistani nation can be told about truth.  Quran is full of incidents where nations were wiped out due to atrocities committed against the messengers of God and their followers.  Lest it becomes too late to realize, nation and its religious experts should wake up to consider this point.