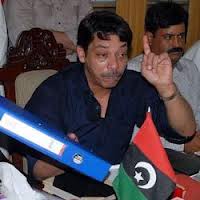 “Mama! That is checkmate.” My young daughter giggled and said it to me when in a very controversial and humiliating press conference Senator Faisal Raza Abidi showed the documents that the address of F&A Enterprises was Chief Justice House. I shook my head and gave a very ignorant gesture to her because Isaac Asimov’s words started comforting me that “In real life, the game continues after checkmate.” Although, it was really surprising for me that unlike past events WHY there was no suo moto from Supreme Court or WHY the registrar did not appear in scene for any clarification. I also wondered about the authenticity of the account number 01104739201of Silk Bank and then transactions above ten million, that how it is possible to have millions of transactions? As Chief Justice himself on 7th June 2012 gave a statement on Quran in Supreme Court that he did not own even a single, vehicle land or residence anywhere in country, and that he took loan from HBFC for valima ceremony of his son Arsalan Iftikhar. So a son who is dependent of his father, how come can have millions of rupees in business, or how and why someone would take loan from HBFC if they already have millions of rupees.

However, hold this question here, because the conspiracy further confused me when Senator Abidi argued in his unbearable outrageous tone that how could he take loan from HBFC when he did not own any land or residence. He further alleged that even if there was some land or residence, the loan was supposed to be consumed on the construction and not on wedding. He did not end there; he further alleged that the Honourable Chief Justice was born on 12th December 1948 while the loan is allowed for the people aged 18-60, while he is 65 now, therefore, under which law he was given loan?. He also said that the maximum limit of loan is 10 million while the expenditure of the ceremony in Marriott Islamabad was 30 million rupees. Now that was the limit to outburst my anger as I wouldn’t hear or watch that dirty filth against my honourable Chief Justice, who is symbol of freedom of civil society and independent judiciary. I turned off the TV in extreme fury and started biting my lips. That was the moment when my daughter giggled and said “Mama…! That is checkmate.”

I shook my head, gave her a very bad gesture and said that ‘No, how it can be checkmate when the game shall continue in real life’. I then started communicating with some big fishes of media and lawyers about there opinion. I wanted them to launch a demand to Supreme court to give a good lesson to this senseless senator, (who himself calls him a crazy). I argued that why and how a crazy can hurls with such false evidences with grave allegations.I demanded that why not to make him an example for next generations, that no one shall dream about any humiliation for our holy judges. I suggested that there should be some law for anyone, who speaks such nonsense, immediately be send to prison, or there should be some law like blasphemy that no one ever dares to speak against our supreme judiciary even on twitter and Facebook, and if they cannot control, then they must block these sites. Exactly the way, they abolished the recent relentless bill of Parliament. Huh.. The Parliament…, which is nothing but filled with corrupt people, elected by ruthless and illiterate voters. I persuaded them that his suspension from core committee of party is not enough but he should also be disqualified from his senate seat, the same way they disqualified ex-PM Gillani for his grave contempt. I told my lawyer colleagues to launch a serious demand to Supreme Court to take suo moto action, as it was ABSOLUTELY not possible that an official residence of a Chief Justice can be declared as the ‘head office’ of a private company. I also sought for a justification from Supreme Court for a biased report in which Islamabad police cordoned off a market of Islamabad when Arsalan Iftikhar wanted to have coffee. 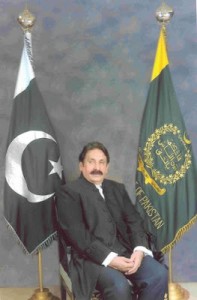 I wanted to demand from Supreme Court that there shall be some law in blue books which provides FULL PROTOCOL, not only to our holy judges but to their family members too, as they are not only holy for us but they are highly vulnerable and under security threats of our bull headed agencies. However, as anything is possible in Pakistan, therefore, story did not ended here. I received a very annoying call from Pakistan where a CHEAP Journalist taunted me and said that Arsalan Iftikhar has given a statement in a newspaper that the address of his FATHER’s OFFICIAL residence was nothing but a mere fact,( although in those days the honourable Chief Justice was suspended). He further taunted me that The Senator is not sacked from core committee neither his entry to presidency is banned, he is ONLY given a show cause , he also informed me about the provoking interview of infidel Aitzaz Ahson to BBC where he clearly said that this judiciary is biased, which is not beneficial for the better good of the country. (‘Huh… He is not in senses after losing his worth.’) I mumbled. That cheap journalist was nevertheless in the mood to irritate me, he at end giggled and said, “ .Seems like a checkmate.”, ‘Ohh! why this word again?’ I could not control on my temper and hung up in extreme irritation and anger, and since then again biting my lips, shaking my head that ‘No, the game must continue after this grave humiliation. The judges must teach them a lesson on 8th of August.’ I am sure that my FREE and INDEPENDENT judiciary would not disappoint me and would certainly teach such a lesson not only to this insurgent senator but also to the disobeying government too in a way that no one in future would ever dare to speak ruthless. I know my INDEPENDENT judiciary would not disappoint me…!