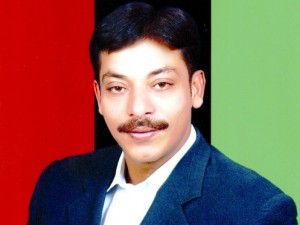 In a blistering press conference, Senator Faisal Raza Abidi highlighted the hypocrisy of Pakistan’s Chief Justice.  Some of the points raised

1. Documentary evidence of “Dr.” Arsalan Iftikhar using Chief Justice House for his business.  While Daddy’s Court is going out its way to obstruct investigations of corruption against Arsalan, it is deeply disturbing that Daddy’s house is being used for running a private business.

Is this the reason why the Chief Registrar for the Supreme Court is reluctant to appear before the Public Accounts Committee? Pakistan’s tax payers need to question the extravagent salaries and real estate that are part of Higher Judiciary’s salary packet. Given the shambolic state of unattended cases in the lower courts and the Supreme Court’s dictatorial efforts to derail legislation for Judicial reform, are these salaries worth it?

Especially if the Chief Justice house is being used as a business address by the Chief Justice’s prodigal son.  The same son who was a public employee just 4-5 years ago; which employment he got due to his father’s nepotism

2. Documentary evidence amounting to hundreds of millions worth of transactions made by Arsalan Chaudhry s/o Iftikhar Chaudhry.

3. Senator Abidi makes a very pertainent observation.  The same civil society that humiliated the daughter of the last Chief Justice Dogar on the allegations that she was awarded a few extra marks have a completely double-faced policy when it comes to Arsalan Iftikhar.  Both father (current Chief Justice) and son are exonnerated of the myriad and sordid charges of corruption, nepotism, extremism, cronyism and Judical bias.  When it comes to this father-son pair, its all one giant conspiracy as civil society would have us believe – especially the legal community elites.

4. Senator Abidi once again reminds the media of the neglect and selective approach of the current judiciary and how all those cases that highlight extremism, physical assault on dissenting lawyers, ISI bribes to Pro-Judiciary politicians (PML N) are routinely being ignored, shelved or delayed.

All those with conscience must salute Senator Abidi for stating it like it is.  After the 2008 elections, Pakistan’s civil society elites ,right-wing Islamist parties, Jihado-sectarian organizations (JI, ASWJ/LeJ, Al Qaeda) and media continued to support a movement to restore politisized bureaucrats like Iftikhar Chaudhry.  Today, the rest of Pakistan is reaping the ill effects of their efforts.

It is time that Pakistan’s civil society and “liberal” elites got over their delusions that they helped foster democracy and the Rule of Law.  On the contrary, by supporting this Judiciary, they enabled extremism and a Judicial Dictatorship.  Today, these politicised courts are striking down laws made my parliament, quelling dissent or criticism against the Judiciary.  Their selective (mis)use of the Constitution revolves around Article 63 and Contempt of Court Ordinance 2003.  Article 63 in its present form is the handiwork of General Zia ul Haq while Contempt of Court Ordinance is General Musharaf’s gift.

Not only must the Chief Justice resign; along with his judicial collobarators he must also be held liable for his role in the Constitutional distortions made by military dictators and enabled by this current judiciary.