Home  »  Original Articles   »   Is a judicial dictatorship in the offing? – Noah Bukhari 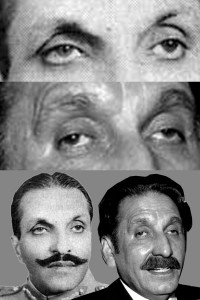 The yet another unanimous decision of the Supreme Court against the contempt of court bill passed by both the houses of  the legislature has been disappointing . The democratic constitutionalists in Pakistan are bewildered as to who will be calling the shots in future and on what basis. This is a matter of extreme concern for the ones who are thoughtful.   These times are equally hard for those who understand the norms of democracy and role of pillars of a democratic polity. The people of Pakistan apparently are being pushed into a confused state of mind while being given alternatives which have hardly ever successfully delivered. Even the much trumpeted  new faces  who happen to be the latest favorites of the media and the powers that be,  are barely aware of ground realities  and clinically suffer from huge capacity and ideological issues.  An average Pakistani is being forced to bow down to the fact  that he/she has to follow the tribal culture based on completely misunderstood religious edicts  and ‘Pakhtun wali’ which is a mere reflection of  tribal  area  culture and has got nothing to do with   religion or democracy at all.

I am not hesitant to say that the concept of Jihad  and the utopian state thereon, put forward   by the likes of  Maulvi sayied  in 1857  in Delhi , Ottoman empire at the fag end of its reign , Mulla Omar in Afghanistan and Reagan backed Zia regime in Pakistan ,has always proved to be an instrument to gain, maintain or extort power , by  religio- political parties. This has neither ever been  accepted  by the majority nor will it work  now in the contemporary Muslim world. This is an anti thesis of  modern political culture and even the spirit of religion itself. The Egyptians will soon realize their mistake .Their president is very likely to create another Afghanistan in the Middle East to much relief  of poor Pakistanis . The Muslims all over the world have to clearly differentiate between sin and crime and restrict the state to take care of crime and criminals only, instead of trying to play God by punishing the sinners.

Our own countries’ right wing  political  elite has to understand that the critical mass of Pakistanis has always been pluralist, tolerant and proud of the constructive values which they learned during one thousand years of slavery of various sultans , moghals and finally the British , who at least were honest enough to open the doors of modern knowledge to the natives.

I am not advocating the rightfulness of this piece of legislation or out rightly rejecting the viewpoint of judiciary but I want the people at large to be fully conscious of the fact that in a democracy , the parliament is supreme and can always make laws which are in accordance with the constitution. Even if the legislature attempted to make  any law which the judiciary considered un-constitutional , it could always  be sent back to the legislature for reconsideration before being declared ultra vires . In this particular case, there were a number of useful provisions which could have been allowed to continue. It would not have mattered much if the judiciary had suggested appropriate amendments instead of rejecting the legislation in equal haste in which these laws were passed for very obvious reasons.  The judges will have to come to terms with the reality that the peoples party has always won the masses’ favor through the ballot box and that too not without any non-tangible reasons.

Moreover the judiciary will have to preserve its status of representatives of western law,   instead of proving themselves as Qaziz of the times of muslim monarchs. This is high time that the judiciary revisits the infamous SGS –Cotecna and the subsequent  NRO case once again and consider the following facts on the basis of existing law.

Firstly , the SGS  case was  fabricated and  launched by an ehtesab bureau which was headed by a  shady character who never qualified for the job just like Adnan Khawaja  whose appointment is sub judice these days. Secondly, Despite all the hue and cry of the media  and political midgets for the last twelve years, No court in Pakistan has been able to convict any of  the accused even when they were dying to do  the same. (please refer to the tapes of justice qayyum ,saifur-rehman and shehbaz sharif etc on the web media ).

The steep rise and fall in collection of Customs duties during and after the  withdrawal of pre-shipment assessment  of customs duties justifies the  subsequent unforgiving steps of a compliant judiciary and most affected vested interest groups. The table below clearly reveals who  were the beneficiaries of the immediate abandonment of pre shipment inspection and assessment of the goods by SGS and Cotecna . These figures also indicate how did this group of customs officials/ judges/industrialists , traders and petty importers took revenge by launching the Swiss and other cases against those who dared to marginalize  the  criminals.

The freedom is always an opportunity to express depth in the personality of individuals and maturity of institutions. It is never meant to create  hysteria amongst the masses ,anarchy in the state and destruction of the apparatus which has granted such freedom. At present the two institutions which need to learn this  most are the judiciary and media in Pakistan.