Home  »  Original Articles   »   The Samosa and the Court – by Noah Bukhari 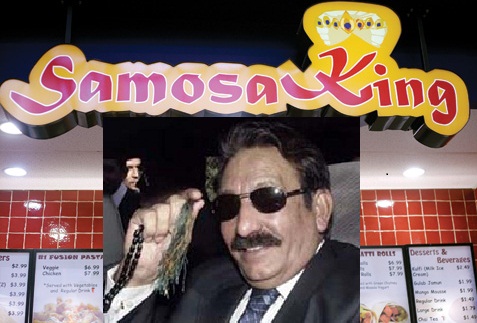 The Punjab Bakers and Sweets Federation through its president Muhammad Afzal had challenged this order before the Lahore High Court (LHC). Their petition was dismissed allowing the CDGL and Punjab Government to keep the price of Samosa at Rs 6 and continue the prohibitive action against the vendors . An appeal was filed in the Supreme Court against the decisions of Punjab government by the same Association.
The appellant argued that a Samosa was not an item notified under the Punjab Foodstuffs (Control) Act of 1958. He said the government had no power to fix by the price of a Samosa.

On the other hand, Punjab government’s counsel argued that the government had the jurisdiction to fix prices of all items being sold to the public at large. After hearing both sides the Supreme Court set aside the impugned notification.

This is a self explanatory edited version of the news published in an English daily on July 25 about the much awaited decision on fixing the prices of samosas. It is a well known fact that the masses had highly appreciated and rejoiced in the streets over the rightful concern of the Lahore High Court (LHC) regarding the price of this essential food item of lower classes in 2009. The people were surely pleased about the sensitivity of the Govt. of Punjab and its corresponding High Court in Lahore to keep the prices of essential food items in control. The momentous decision had laid down an example for the high Courts of other provinces to follow. In general , those courts in smaller provinces have yet to learn, the advantages of recently attained freedom by the courts. People were hoping that those courts would also follow suit in helping their corresponding executive branches in extending the benefits of azad adlya to the common man. The set aside decision of the LHC regarding this issues of national importance,in reality, had saved the biggest province of the country from destabilization and provided a relief to the people of Punjab who had been suffering from the evils committed during the only stint of four and a half years of misrule by the Pakistan Peoples Party in early seventies. Had it not been set aside by the Supreme Court , this decision by the LHC would have gone a longway in demonstrating the strong resolve of our courts to address the vital issues related to the masses and, of course, helped the beleaguered provincial government to strengthen its hold on the Punjabis, who have been living on Samosas as a staple food since long . The LHC judges, conscious of the fact, that the economy was market based had taken this popular decision in public and Punjabi interest using judicial discretion . I am sure the judges of the lower courts in India ,UK and USA learn the ways in which they could also improve theperformance of their constitutional institutions during these times of economic crunch. It is hoped that the prices of bhel puri in India and those of Mc burgers in UK and USA would also be reassessed and protected in the same way by the lower courts in those countries.

I wish the Supreme Court (SC) had considered in detail this people friendly act of the Punjab Government and the LHC , in the light of various constitutional provisions concerning basic rights of the citizens instead of applying the law in letter and ignoring the spirit. Had it not been set aside, this decision of our Supreme Court could also attain the same importance in case law history as that of ousting a popularly elected prime minister for the crimes which were neither mentioned in the charge sheet nor a part of the original decision of a bench of the same court. It is pointless to suggest now that Supreme Court could appoint distinguished economists of the country like Ishaq Dar and Ahsan Iqbal in the samosa case as amicus curiaeand sought their advice before delivering another unanimous judgment.

It is expected that the Punjab Government will file a review petition in the samosa case and hoped that the Supreme Court will oblige by sympathetically reconsidering its earlier decisionin the light of constitutional provisions for the larger benefit of the people of Punjab.