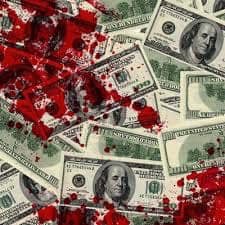 To be fair to the PTI-lead coalition government, it “negotiated” a seemingly better financial aid package from the Saudis than the PML N government ever did.

That does not mean that the Saudi aid will not come with horrific strings attached. Nor does it absolve the PTI of relying on the same Neoliberal nonsense spouted by Asad Umar. These rubbish prescriptions got us in this mess in the first place under the PML N government.

Of course, this is before we have even discussed what (more) the Saudis want out of Pakistan in its genocidal aggression against Yemen.

The 2008-13 PPP government was never supported by the Saudi regime due to the latter’s vicious sectarian bigotry. Then again, the current account deficit during the PPP government was a fraction of what it ballooned under thanks to the PML N government.

A more brighter PM than IK may have negotiated an even better deal with the Saudis. The Saudi regime is under stress because of its over-reach of whacking an alleged CIA asset like Jamal Kashoggi. Kashoggi’s warm ties with Al Qaeda are likely to have given him an ample view of the Saudi’s intimidate dealings with this Salafi sectarian terrorist organisation.

The Saudis need Pakistan. They know that the Americans are wary of the Pakistanis emulating their own Double games with WSD terrorists and will have likely rejected the PTI government’s begging bowl to the IMF.

If IK has half a brain (a very big if), he should leverage this loan to the max. I doubt he does and what is more, he is quite likely to back away from Pakistan’s official stance on Yemen.