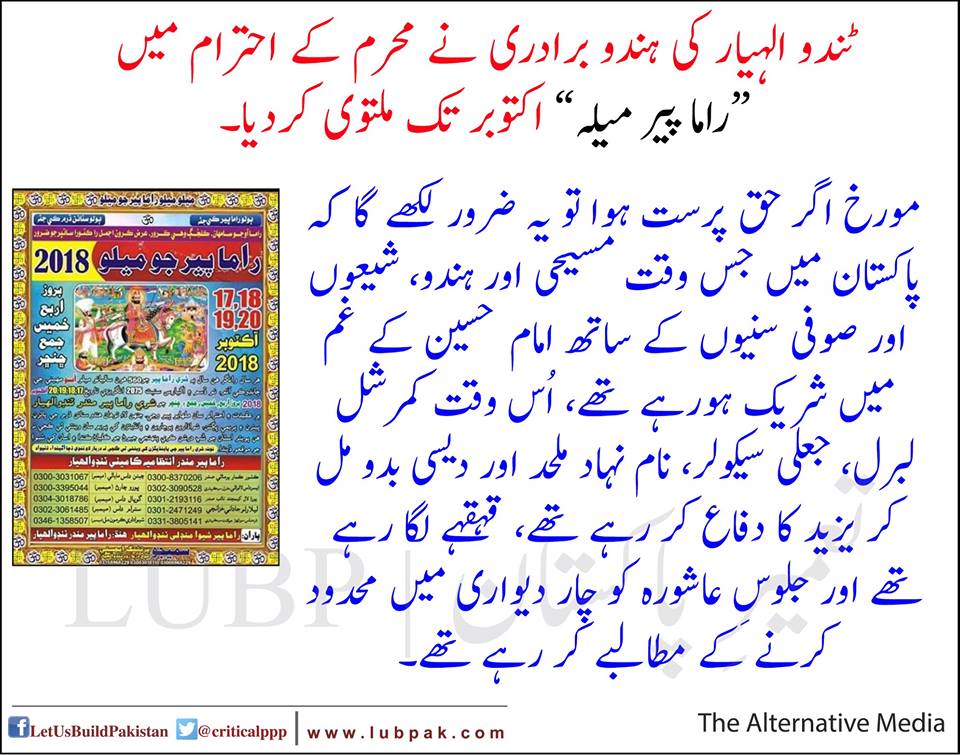 Generally, most Pakistanis fall within the Maulai/Devotee categories and 4 decades of intense brainwashing and social engineering at the cost of 10s of billions of dollars has failed to change this majority.

There was a physical effort to eliminate Juloos/Azadari/Milad/Koonda/Langar/Holi/Christmas/Amarnath/Naat/Bhajan/Qaseeda Khawani etc. And that failed.

The majority of Pakistan’s Sunni, Shia, Christian, Hindu and Sikh have not brought into the Wahhabi Reform/Islahi/”Rational” nonsense of trying to justify religious and spiritual beliefs using a selective modernist lens developed in Riyadh and DC. They understand that belief and its cultural expression of devotion lies outside the domain of the same Rationality that was used to justify Genocide and Holocasts all over the planet.

Various isms including Reductionist and Literalist versions of “Reformed” religions have also been used as a basis for these genocides.

Now the efforts have been reduced to a desperate group of Takfiris, commercial liberals and Uncle Tom types who equate the selective mocking of victims with a warped sense of enlightenment. They equate irrational beliefs with rational ideologies – itself a logical fallacy.