Home  »  Original Articles   »   “Suspended the Sentence!” Bonasera to Don Corleone in the film, “The Godfather” 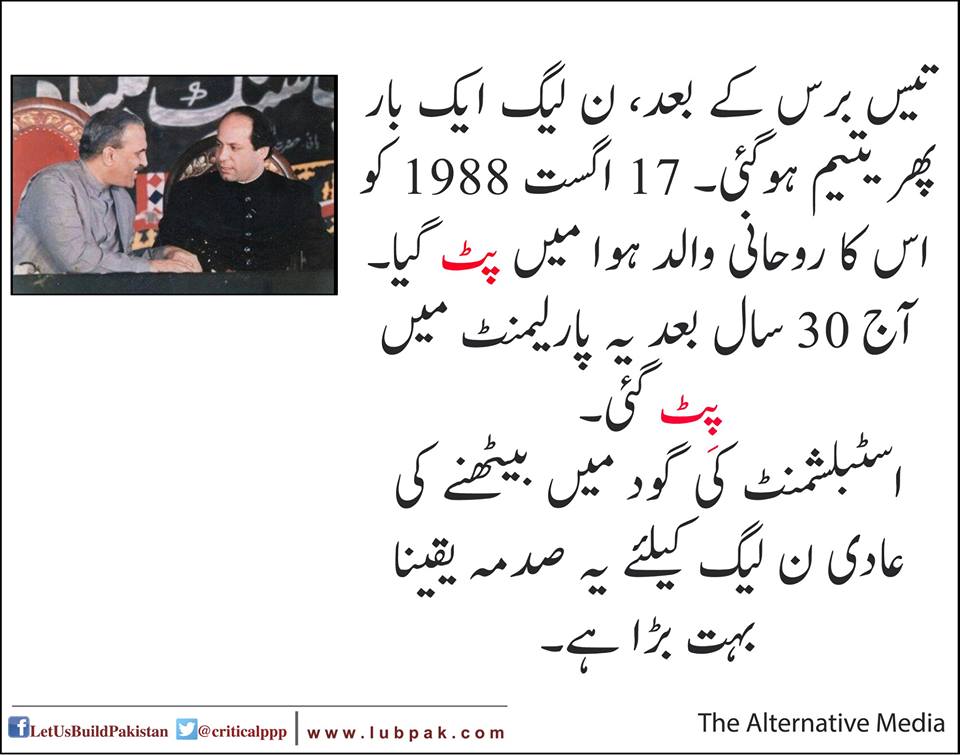 Substitute Bonasera for IK and you catch my drift.

Those paying attention would not have missed out that Nawaz Sharif was hardly “anti establishment”. After decades of witch hunting his PPP opponents, it was clear that Nawaz Sharif was projecting his own financial malfeasance and sordid political chicanery onto his opponents. Pakistan’s layered establishment along with Nawaz’s Saudi-US backers never really abandoned him. And the Judiciary was always partial to the Sharif dynasty.

That was obvious from the weak cases instituted against him. It was evident in the weak judgements against him and the media’s divided opinion on these judgements. Justice Faez Issa crushed the most damning allegations of Nawaz Sharif’s corruption when he shut down the case pertaining to the #HudaibiyaPaperMills – Nawaz Sharif’s vehicle for dishonestly procuring bad credit lines and money laundering. The weak judgements by the NAB court were a reiteration of a decades old trend. That there is one law for the PPP and another for its right wing opponents like PML N.

While the PPP Sindh government cannot take basic executive decisions as per the Constitution without the interference of the Judiciary, the PML N can get away with murder.

It was inevitable that the NAB judgements were going to be overturned. It was only a question of weeks, not even months before Nawaz Sharif was bound to be set free.

Let’s see what the Supreme Court does. Their decision on the likely appeal against this judgement will be crucial for the current PTI government. PTI’s existence is predicated on the (selective) accountability of their political opponents. It’s the 1990s all over again but different. Two Establishment-backed right wing parties are set to duke it out. Shahbaz and Hamza were too slow witted to take on PTI. Nawaz and Mariam will be a different game. Whatever the outcome, i hope the losses are borne by these players and not Pakistan.