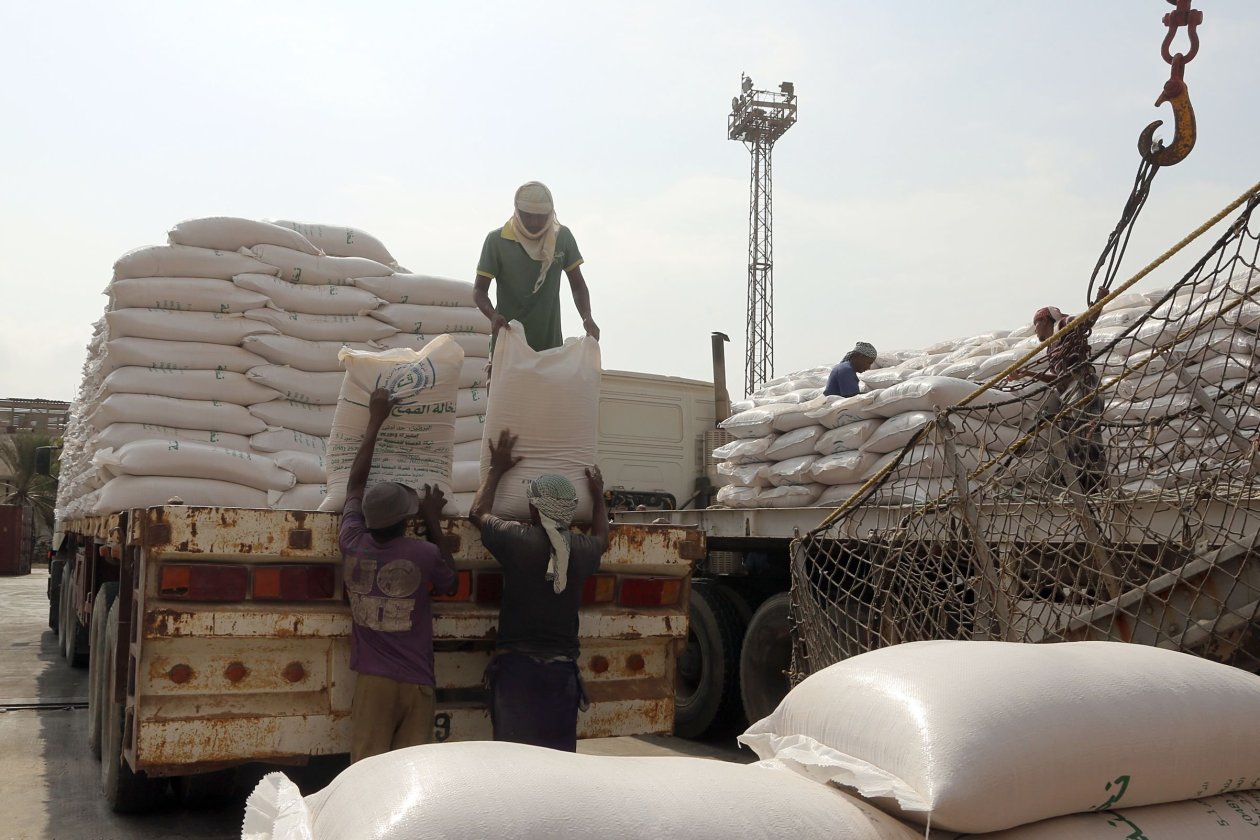 WASHINGTON—The U.S. military is providing its Gulf allies with intelligence to fine-tune their list of airstrike targets in Yemen’s most important port, one sign of the Trump administration’s deepening role in a looming assault that the United Nations says could trigger a massive humanitarian crisis.

While the U.N. is working furiously to broker a deal to avert a United Arab Emirates assault on a Red Sea port, the U.S. is helping the Gulf nation develop a list of targets meant to be off limits for airstrikes, American military officials said Tuesday.

“The intent is to minimize the number of civilian casualties and the harm to critical infrastructure,” said one U.S. military official.

The expanded U.S. military help comes as the Trump administration is giving the U.A.E. cautious backing for its developing efforts to seize the port of Hodeidah from Iranian-backed Houthi forces.

Hodeidah serves as the main gateway for three-quarters of the humanitarian and commercial goods flowing into Yemen, where most of the population relies on international aid.

The U.N. has warned that an assault on the port could trigger a broad humanitarian crisis, derail new efforts to broker a peace deal and leave up to 250,000 people dead.

Martin Griffiths, the U.N. special envoy for Yemen, has been working to broker a last-minute agreement for the U.N. to manage the port, according to people familiar with the talks, but the U.A.E. appeared to be moving forward with its military planning. The U.N. and aid groups were scrambling to get their international staff out of the port as the U.A.E. has indicated that a military offensive could begin as soon as this week.

Mr. Griffiths has warned that any assault on the port could be a death-knell for his nascent attempts to broker a deal.

Initially, the U.A.E. assured the U.S. and United Kingdom that it wouldn’t target the port without support from both Western allies. But that changed over the weekend when the U.A.E. said its forces near the port had come under attack.

Top Trump administration officials have expressed strong concerns about the U.A.E.’s efforts to target the port, but they have tempered their objections in recent days.

One U.S. official said that Washington was giving the U.A.E. a “blinking yellow light” of caution.

On Monday, Secretary of State Mike Pompeo and Defense Secretary Jim Mattis offered qualified support for the U.A.E. as the U.S. dropped its appeal for a de-escalation and instead turned its focus toward ensuring that an expected assault doesn’t make things worse for Yemen.

In a statement, Mr. Pompeo said he had made clear to Emirati leaders the U.S. “desire to address their security concerns while preserving the free flow of humanitarian aid and lifesaving commercial imports.”

“We expect all parties to honor their commitments to work with the U.N. Office of the Special Envoy of the Secretary General for Yemen on this issue, support a political process to resolve this conflict, ensure humanitarian access to the Yemeni people, and map a stable political future for Yemen,” he said.

Mr. Mattis told Pentagon reporters on Monday that he backed that view.

“How do we support that humanitarian effort, the U.N. special envoy and try to drive this to a negotiated, you know, end to the fighting?” he said.

Mr. Mattis has privately expressed reservations about the looming operation, according to the people familiar with the talks, but others in the Trump administration see the U.A.E. military moves as a chance to give the Gulf nation more bargaining power in peace talks. The Pentagon chief has voiced concerns that a protracted assault on the port could worsen the humanitarian crisis and undercut American counterterrorism operations in Yemen, where elite U.S. forces work alongside their UAE counterparts to target Islamic militants.

The U.S. provides the Saudi-led coalition with modest support for the fight in Yemen. U.S. pilots carry out midair refueling operations for coalition warplanes that use American made weapons to carry out airstrikes in Yemen. The U.S. shares limited intelligence with the Saudi-led coalition, including information used to pinpoint hospitals, mosques, U.N. offices and other locations meant to be off-limits for airstrikes. The coalition already has more than 41,000 locations in Yemen on its “no-strike list,” and now the U.S. military is helping its allies fine-tune its targeting plans for Hodeidah.

The Trump administration views the fight in Yemen as a key strategic battle in its effort to combat Iran’s expanding influence across the Middle East.

U.S. and U.N. officials say that Iran has provided the Houthi fighters in Yemen with ballistic missiles they have used to repeatedly target neighboring Saudi Arabia—a charge that Tehran denies.

Opposition to the U.A.E. move is rising in Washington, where lawmakers from both parties were circulating letters of concern about the U.A.E. plans. U.S. lawmakers have unsuccessfully tried to cut off American support for the war because of concerns about American culpability in airstrikes that have killed more than 4,000 civilians, according to the U.N.

In the House of Representatives, lawmakers were gathering signatures for a letter that urges Mr. Mattis to do all he can to forestall the attack.

“We urge you to use all available means to avert a catastrophic military assault on Yemen’s major port city of Hodeida by the Saudi-led coalition, and to present Congress with immediate clarification regarding the full scope of the U.S. military involvement in that conflict,” according to a copy of the letter reviewed by The Wall Street Journal.