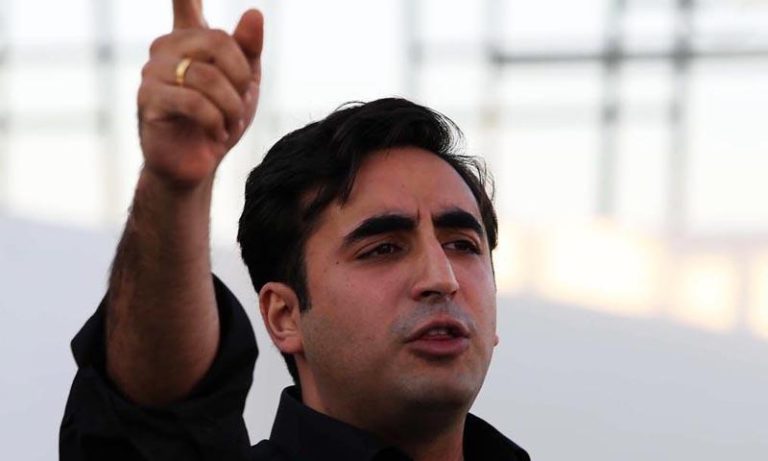 After Bilawal Bhutto Zardari’s articulate interview and panel discussion at the recent Davos Summit, one has come across attacks that are typical and tired. One such article that is being shared on social media is penned by a former officer and like other critiques offers no substance.

Starting with the reference to Bilawal’s coat at the time of his outdoor interview, the article was a petty, personal attack and completely failed to address the points that were raised in the interview.

It obsessed (selectively and hyperbolically) about the past but simply did not make one concrete point. Which is why it will not be taken seriously.

I have criticised both father(Zardari) and son (Bilawal) and also supported them – it depends on what stands and policies they took and does not devolve into personal attacks that come across as silly.

In the specific instance of Bilawal’s interview and panel discussion at Davos, he came across as informed, articulate and quick on his feet.

I did not agree with all his points but felt he made a good case. He refused to fall for the selective criticism against Pakistan and correctly pointed out that religious extremism is found in other religions.

He acknowledged that Pakistan has an extremism problem and that such problems are growing in India as well.

While I don’t agree with his pandering to Pakistan’s foreign policy , what else was he supposed to do at the international stage??

Run down and crap all over the country that his party and him aspire to lead. That would be stupid.

Similarly, the skill with which he criticised Modi was impressive. He acknowledged Modi’s democratic credentials but at the same time said to the effect “that just because he was elected does not mean he is right”

I think the worse part of the silly “critique” against Bilawal was that he is “entitled” and a spoilt brat. He answered this quite eloquently when he gave the example of both his mother and him – that politics chose them and not the other way around. And that (if his grand father was not judicially murdered on trumped up charges by a Kangaroo court fixed by a military dictator), his mother and him would not be where they ended up.

We can disagree and correctly call out the failings and wrong policies of ZAB, BB and Zardari. But to start taking petty shots at BBZ makes us look bad.

For decades, there is a trend amongst our upper middle classes to go over the top and lose any sense of proportion, common sense and even facts when it comes to the PPP and Bhuttos.