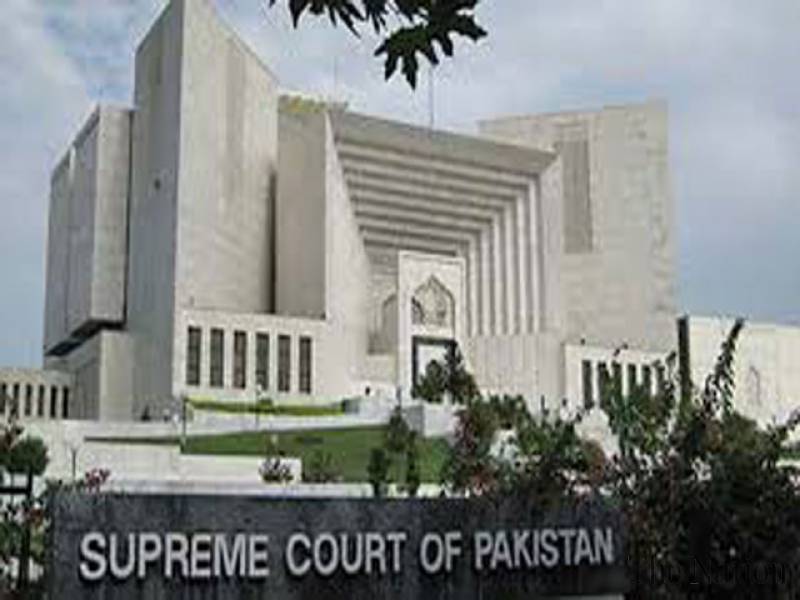 The bench — comprising Justice Mushir Alam, Justice Qazi Faez Isa and Justice Mazhar Alam Khan Miankhel — had been hearing an appeal against a 2014 decision of the Lahore High Court to quash the reference.

A written order will be issued later in the day, detailing the bench’s reasons for its decision, DawnNews reported. All three judges were present when the verdict was read.

Earlier in the day, a NAB lawyer had attempted for the last time to convince the SC to allow reopening the Hudaibiya Paper Mills reference for the “sake of justice”.

But, like previous hearings of the case, the bureau struggled to satisfy the court why the case should be reopened when pressed.

The bench — which had been seeking new evidence — had asked the bureau not to ‘parrot’ the Panama Papers judgement but articulate its own reasons to convince the bench why the reference originally filed against the Sharifs in the year 2000 should be resurrected.

“You have to satisfy the court on the reasons for the delay in filing the appeal,” Justice Alam had told NAB’s lawyer as Friday’s hearing began.

The lawyer had told the court that there are holes in the high court’s decision and the appeal must be reopened for the sake of justice.

Justice Isa told the lawyer that the document on which the bureau has premised its case ─ the confession of former finance minister Ishaq Dar ─ has not been attached to the appeal for the reopening of the case.

“If we remove Dar’s statement, he will become an accused in the case, not a witness,” Justice Alam had observed, addressing the lawyer. “You have not named him as a party in the appeal.”

As the bench inquired when the charges against former prime minister Nawaz Sharif were framed, the lawyer responded that charges could not be framed as the accused was not in the country at the time.

“The case went on for years and no charges were framed,” Justice Isa had remarked.

The court had asked the lawyer to submit before the bench the orders from the last hearing of the case at the accountability court.

The lawyer had told the bench that due to the stay order issued by the Lahore High Court, the accountability court’s proceedings were halted.

Justice Miankhel had noted that no stay order was attached to the appeal filed before the apex court.

“This is all very interesting,” Justice Isa had remarked. “The reference was filed when former president Pervez Musharraf was in power. The NAB chairman was appointed by him. The case was filed two years later when the chairman gave his signature. NAB filed the reference and forgot about it.”

Retired Justice Shah Khawar, who was appointed as the bureau’s special prosecutor on Tuesday was present during Friday’s hearing and told the court that until the appointment of a prosecutor general, he will be supervising the proceedings of the Hudaibiya case.

“We have looked at all the merits of the case,” Justice Isa had remarked, reserving the court’s decision on the appeal.

Punjab Chief Minister Shahbaz Sharif termed the verdict as being historic. He said that the verdict was “a victory for truth and honesty.”

The 2000 Hudaibiya Paper Mills money laundering reference was initiated on the basis of an April 25, 2000 confession statement from Ishaq Dar, wherein he admitted to his role in laundering money to the tune of $14.86 million on behalf of the Sharifs through fictitious accounts.

The witness was, however, pardoned by the then NAB chairman.

LHC referee judge Justice Sardar Shamim had quashed the reference on March 11, 2014 on the grounds that if a re-investigation was allowed against the Sharif family, it would provide an opportunity to investigators to pad up lacunas.

The LHC had quashed the case as the PML-N continued to claim that Dar’s statement was taken under duress.

NAB had controversially decided not to challenge the high court’s decision.

While Nawaz was not named in the interim reference filed in March 2000, in the final reference against the Hudaibiya Paper Mills — approved by then chairman NAB Khalid Maqbool — the bureau had accused Nawaz Sharif, Shahbaz Sharif, Abbas Sharif, Hussain Nawaz, Hamza Shahbaz, Shamim Akhtar, Sabiha Abbas and Maryam Nawaz.