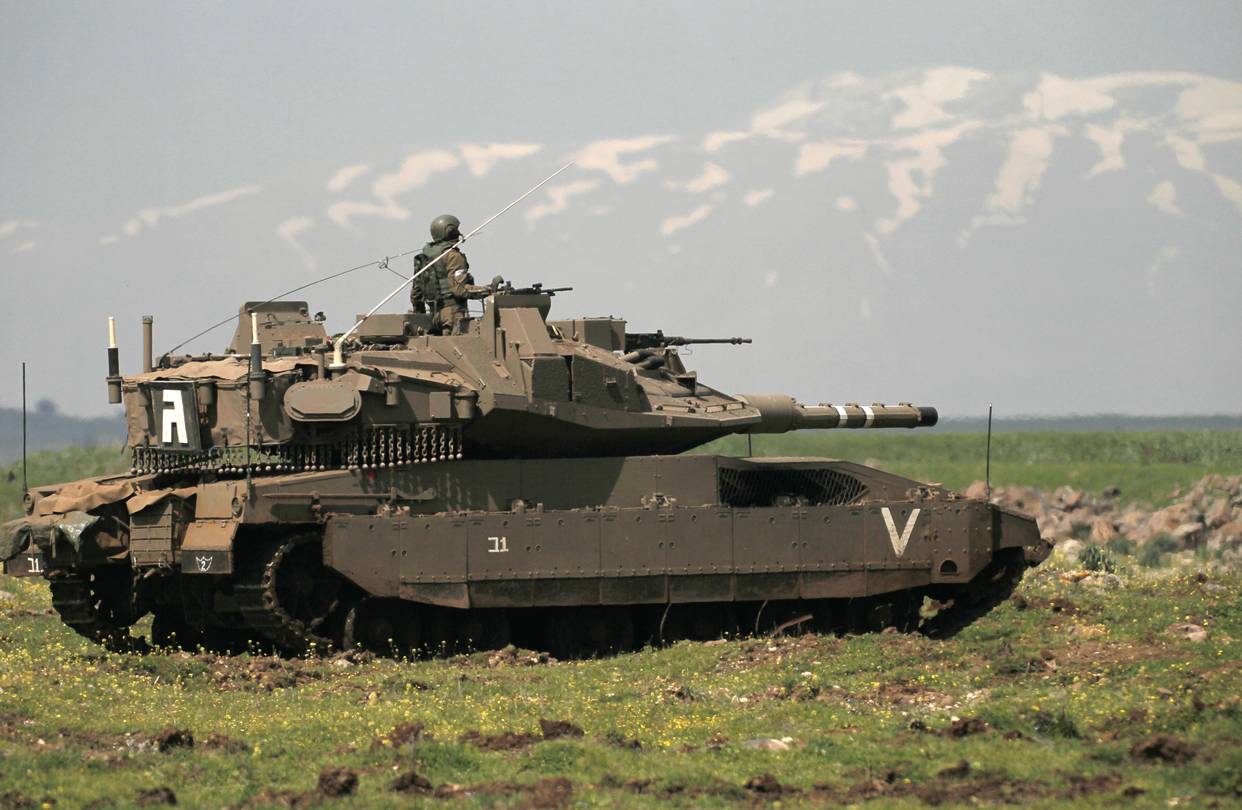 Israel has been regularly supplying Syrian rebels near its border with cash as well as food, fuel and medical supplies for years, a secret engagement in the enemy country’s civil war aimed at carving out a buffer zone populated by friendly forces.

The Israeli army is in regular communication with rebel groups and its assistance includes undisclosed payments to commanders that help pay salaries of fighters and buy ammunition and weapons, according to interviews with about half a dozen Syrian fighters. Israel has established a military unit that oversees the support in Syria—a country that it has been in a state of war with for decades—and set aside a specific budget for the aid, said one person familiar with the Israeli operation.

Israel has in the past acknowledged treating some 3,000 wounded Syrians, many of them fighters, in its hospitals since 2013 as well as providing humanitarian aid such as food and clothing to civilians near the border during winter. But interviews with half a dozen rebels and three people familiar with Israel’s thinking reveal that the country’s involvement is much deeper and more coordinated than previously known and entails direct funding of opposition fighters near its border for years.

“Israel stood by our side in a heroic way,” said Moatasem al-Golani, spokesman for the rebel group Fursan al-Joulan, or Knights of the Golan. “We wouldn’t have survived without Israel’s assistance.”

Israel’s aim is to keep Iran-backed fighters allied to the Syrian regime, such as the Lebanese militant group Hezbollah, away from the 45-mile stretch of border on the divided Golan Heights, the three people said.

But its support for rebels risks heightening tension with President Bashar al-Assad’s government, which has long accused Israel of helping rebel groups. Mr. Assad has said Israel supports rebel groups and launches airstrikes in Syrian territory to undermine his hold on power. Israel has said it doesn’t favor any one outcome in the civil war.

Israel captured part of the Golan Heights from Syria in the 1967 war and later annexed it—a move the international community doesn’t recognize.

The threat of a permanent presence of Iranian and Hezbollah forces on the Syrian side of the strategic plateau could drag Israel’s military further into a conflict that it has watched warily but mostly stayed out of since it began in 2011. Israeli officials haven’t ruled out such an escalation at a time when they are cultivating other alliances with Arab states against their common enemy—Iran.

Fursan al-Joulan’s commander, who goes by the nickname Abu Suhayb, says his group gets roughly $5,000 a month from Israel. It isn’t linked to the Western-backed Free Syrian Army and doesn’t receive Western funding or arms.

The office of Israel’s prime minister referred questions to the Israeli military, which didn’t respond to requests for comment on whether it was sending cash to or dealing directly with rebel commanders in the Golan region. It said only that it was “committed to securing the borders of Israel and preventing the establishment of terror cells and hostile forces … in addition to providing humanitarian aid to the Syrians living in the area.”

The person familiar with Israel’s assistance confirmed that cash moves across the border but said it goes for humanitarian purposes. However, rebels interviewed said they use the cash to pay fighters’ salaries and to buy weapons and ammunition—something the Israeli military wouldn’t comment on.

Iran and its Lebanese proxy Hezbollah have played a major role in propping up Mr. Assad’s forces. That help, as well as significant military intervention by Russia, has given the regime the upper hand in the multisided war.

Given the ascendancy of Iran in the war, Israel now fears it will establish control of a strip of land in Syria and Iraq that could be used to transport weapons to military bases in southern Lebanon and the Syrian side of the Golan.

An Islamic State affiliate also has carved out a pocket of control on the south end of the Syrian Golan and clashes with rebels at times. Its fighters exchanged fire with Israeli forces last year.

The Israeli army has occasionally intervened in the Syrian war by launching airstrikes to stop suspected Iranian arms shipments bound for Hezbollah in Lebanon.

This effort to set up a de facto buffer zone in Syria is reminiscent of another Israeli scheme to protect its northern border by carving out a so-called security zone in south Lebanon during that country’s civil war in the 1970s and 1980s. Known as the “Good Fence” policy, it preceded an Israeli invasion of south Lebanon in 1982 that helped spawn Hezbollah. Hezbollah battled the Israelis until they withdrew in 2000.

Israel has dubbed the current Golan operation “The Good Neighborhood” policy, according Ehud Ya’ari, a fellow at the Washington Institute and Israeli political analyst briefed on Israel’s support to Syrian militias. It began under former Defense Minister Moshe Ya’alon and continued under his successor, Avigdor Lieberman.

“It’s a matter of interests,” said the person familiar with Israeli policy. Israel offers the humanitarian support and in return gets a “buffer zone” of local militias defending themselves.

Fursan al-Joulan is the main rebel group coordinating with Israel, according to fighters. It first made contact with the Israeli military in 2013 and Israel soon began sending cash and other aid, fighters said.

The group had just launched an offensive against regime forces in southwestern Quneitra province, which encompasses the Syrian side of the Golan, according to the spokesman Mr. Golani, who uses a nom de guerre.

The fighters carried wounded comrades to a border point where they were met by Israeli soldiers speaking Arabic, said Mr. Golani. Relatives of the wounded men pleaded for help and ambulances soon arrived to take the injured to hospitals in Israel. The moment was a turning point that opened communication between Israel and the moderate faction of opposition fighters, he said.

For Mr. Golani, the contact was also bittersweet. His cousin had died shortly before the encounter, killed by shrapnel that sliced open his stomach. He said he believes his cousin would have survived with surgery.

Fursan al-Joulan, based in Quneitra province, has roughly 400 fighters loosely allied with four other rebel groups on the Golan that also receive Israeli aid, according to the commander Abu Suhayb and other rebels. Some of these other groups are affiliated with the Free Syrian Army or receive other Western funding and weapons.

In total, there are roughly 800 rebel fighters across more than a dozen villages in this area, where thousands of civilians live, fighters said. Many of the rebels and civilians in this area rely on some level of support from Israel, they added.

“Most people want to cooperate with Israel,” said a fighter with rebel group Liwaa Ousoud al-Rahman, also fighting on the Golan.