Home  »  Original Articles   »   How low the BBC have stooped in their coverage of Syria? 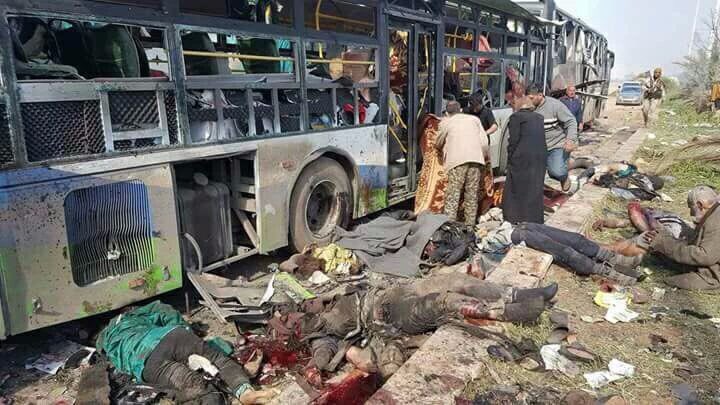 “This is how low the BBC have stooped in their coverage of Syria. Lina Sinjab, the Beeb’s Syria correspondent reports the Rashideen terrorist atrocity as follows: “It is not clear how the vehicle (used for the blast) could have reached the area without government permission”, she says in her report, thereby implying that the government could be complicit in this. She then excels herself further, firstly by saying that “there is no evidence that the rebels were involved in the attack as the government claims”, and “it would not be in the rebels’ interest as they were waiting for their own supporters to be evacuated.” This is the same BBC that became judge, jury & executioner within minutes of the staged chemical attack & was instrumental in shaping public opinion in favour of Trump’s cruise missile attack on Syria. This once revered institution is now nothing but a mouthpiece for warmongering neocons. Sad.