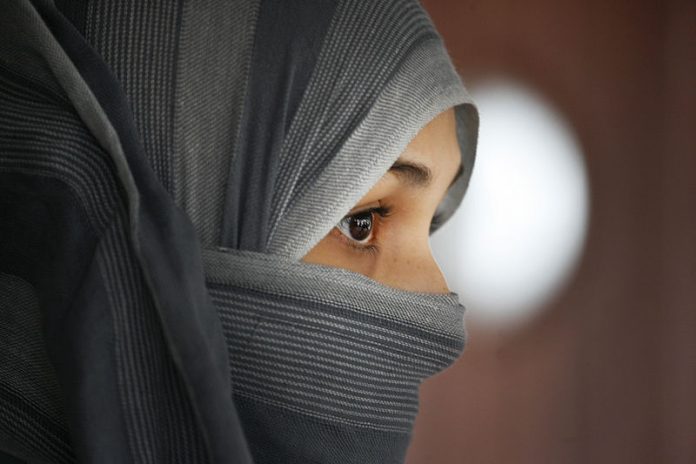 A young Saudi woman’s plea for help after she was stopped at an airport in the Philippines en route to Australia where she planned to seek asylum has triggered a firestorm on social media and drawn attention to the plight of female runaways.

For runaway Saudi women, fleeing can be a matter of life and death, and they are almost always doing so to escape male relatives.

Under Saudi Arabia’s law, a male guardianship system bars women from travelling abroad, obtaining a passport, marrying or even leaving prison without the consent of a male relative. However, most Muslim-majority countries do not have similarly restrictive guardianship laws.

The mystery around what triggered Dina Ali Lasloom’s cry for help has only added to concerns for her safety.

In a video that appears to be shot with a mobile phone, the 24-year-old says her passport was taken from her at Manila’s international airport in the Philippines on Monday on her way to Australia.

She alleges that Philippine airport officials confiscated her passport at the request of Saudi diplomats until her relatives could arrive to take her to Saudi Arabia.

“If my family come, they will kill me. If I go back to Saudi Arabia, I will be dead. Please help me,” she pleads in the video.

Lasloom said she recorded the video at the airport so the public “know that I’m real and here.” Wearing a beige coat, the woman does not show her face in the video.

“I am kept here as a criminal. I can’t do anything,” Lasloom said in the video. The Associated Press could not independently verify the video’s authenticity.

Women’s rights advocates in Saudi Arabia say Lasloom was ultimately forced to board a plane to the kingdom with two of her uncles, who flew from Riyadh. They said authorities then took her to a women’s shelter because of the attention around her case.

She cannot leave, however, without a male guardian’s permission. Activists say only officials and relatives can contact her there.

Although there are no official statistics, anecdotal evidence from cases reported in Saudi media and from human rights advocates suggest dozens of Saudi women some with their children have attempted to flee abroad in recent years. These publicised cases have brought increased attention to what activists say has become a “trend”.

This is despite gains made in recent years for Saudi women, including the right to run in, and vote in, local elections in 2015, and a government effort to increase women’s participation in the workforce.

Women who have managed to flee abroad say they were barred from marrying or forced into marriages.

Others have told rights groups that male relatives were abusive and confiscated their salaries.

“Many of them, they just want to be free,” said Moudi Aljohani, who says she spoke with Lasloom when she was at Manila airport. Aljohani herself fled the kingdom last year and is seeking asylum in the United States.

Aljohani, 26, says her family felt she’d become “too Americanised” after a year of study in Miami. What was supposed to be a week-long visit home turned into months of confinement, she says.

“The eight months of being locked in Saudi Arabia has created an angry, rebellious person inside of me that I don’t want to be silent anymore,” she said. “What happened to me in Saudi Arabia created a person who just wants to speak out.”

For the past 15 years, four of the late King Abdullah’s daughters, Princesses Jawaher, Sahar, Hala and Maha all in their 40s have allegedly been held in a royal compound in Saudi Arabia. Their mother, who lives in London, has spoken out in the British press to try and bring attention to their plight. Two of the princesses managed to release videos in recent years pleading for help.

Saudi courts have heard numerous cases of women asking for a transfer of their guardianship to more sympathetic male relatives in some cases to their own sons.

A Saudi women’s rights activist reached by phone in Riyadh said Lasloom was apparently trying to flee relatives in Kuwait who threatened to send her to live in Saudi Arabia.

“There have been a lot of Saudi girls who sought asylum abroad, but now it’s a trend. A lot of younger girls in their 20s are seeking asylum,” she said, speaking on condition of anonymity for fear of reprisal.

“When they say honour killings do not exist, it’s not true. It’s just invisible,” she said, referring to the killing of daughters in the name of family honour.

Sara Leah Whitson, the Middle East director at Human Rights Watch, says Saudi women fleeing their family can face so-called “honour” violence if returned against their will. She called on Saudi authorities to protect Lasloom from her family.

According to the Philippines’ Inquirer news website, Lasloom was barred from her Australian-bound flight by Saudi Embassy officials in Manila who asked airport officials to stop her.

The Saudi Embassy in the Philippines wrote on Twitter that what occurred was “a family matter in which a girl was returned with her family to the homeland.”

When asked by The Associated Press whether Saudi diplomats in the Philippines had requested that authorities in Manila stop Lasloom from boarding a flight to Australia, Foreign Ministry official Osama Nugali said: “Saudi embassies abroad respect the institutions and laws of host countries and do not interfere in their affairs.”

Manila Airport General Manager Eddie Monreal told the AP he had no knowledge about the case. An immigration official reached by the AP said the airport’s immigration officers neither detained nor held any passenger under that name.

In Saudi Arabia, activists tracking her plea for help attempted to meet Lasloom at Riyadh airport overnight Wednesday. They said instead, another activist, Alaa al-Anazi was detained by security officials at the airport and transferred to a girl’s detention center in the capital.

The Interior Ministry did not immediately respond to requests for comment.

A Human Rights Watch report released last year on guardianship laws in Saudi Arabia found that even with greater opportunities for women in the kingdom, a woman’s life rests largely on “the goodwill” of her male guardian.