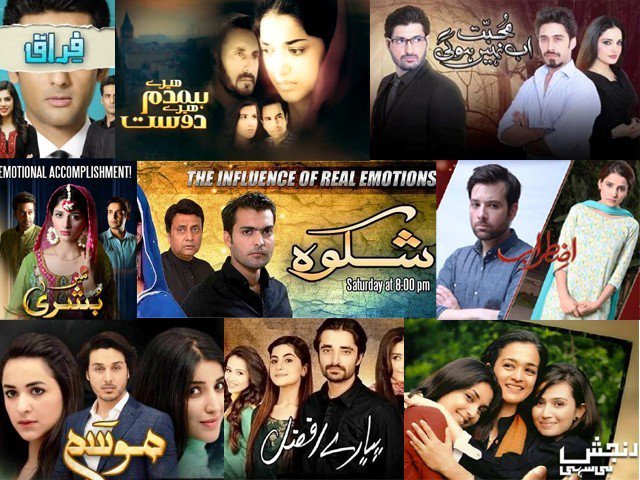 On the few occasions that one stumbles on a hapless Urdu TV drama in Pakistan, one is subject to to the most pathetic cliches.

Who writes this nonsense?

These dramas are correctly termed as soap operas because they no longer represent a rich tradition of the 1970s and 1980s when many of the TV dramas were rooted in local culture and ground realities.

Today, it is just photogenic models spouting the most inane dialogues. There are some old veterans to provide some “dramatic heft”. The themes are limited to the existence of Upper Middle Class Urbanites.

The Sindhis and Pashtuns are represented as caricatures and only a select mutant version of Punjabi and Urdu culture is represented. This select version is the mutant product that has emerged after decades of brainwashing by the Jamaat e Islami. It is smug, self-righteous and deeply sectarian.

The Sindhis are presented either as serfs or as tyrannical feudal landlords with horrible accents. In most cases, they are not even played by Sindhis. The caricatures of Sindhis reflect the prejudice of the urbanised in Southern Sindh.

Deobandi sectarianism is not even subtle. The Sunni (Barelvi) is presented as a good for nothing loafer because of their participation at Sufi shrines. The Shias are mostly avoided except for the rare instance. Hindus, Christians and Sikhs and smaller Shia sects like Ismailis and Bohras are altogether exorcised from mainstream popular culture.

The final product on TV screens is a collection of urban centric, narcissistic, self righteous airheads whose wet dream aspirations are an upper class existence spread over Pakistan, Dubai and some Western capital. Within this limited landscape, the main characters will rehash some tired domestic melodrama that is devoid of any relevant social commentary or deeper thought.

But they have nice cheekbones and that malnourished look that is so in vogue these days.