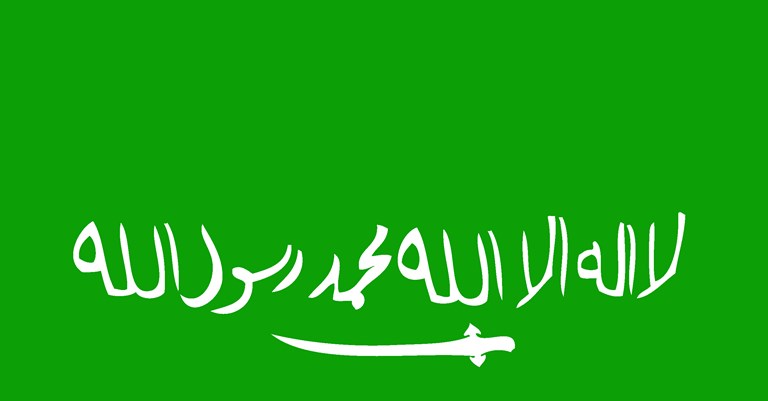 Did he feel like a failure on the road to Diriyah, or question his decision to stone that woman to death? Perhaps being cast from his hometown for religious tyranny just made him dig deeper into his belief that Islam needed purification. Whatever the motive, giving up was never an option for Muhammad Ibn Abd al-Wahhab.

In the late 1700s he walked from his home in Uyaynah to Diriyah, near modern-day Riyadh, changing the Middle East forever. His philosophy, known as Wahhabism, is a puritanical version of Islam, and while most modern Sunni terrorists do not identify as Wahhabis, the austere tradition that this minority follows comes to us from the 18th century, when Ibn Abd al-Wahhab became one of the most radical reformers in the religion’s history. Hilal Khashan, a politics professor at the American University of Beirut, points to the oft-narrow view Westerners have of Islam. “To the Western eye, Muslims seem monolithic,” he says, “but there has always been a great deal of discourse in Islam.”

While the British Empire flexed its might in the New World, the Saud family waged war to unite the Arabian Desert in the name of Allah.

A gifted child from a long line of Arabic legal scholars, he could recite the holy Koran by the age of 10 and made his pilgrimage to Mecca as a young man. He was a voracious learner who undertook a religious trek to seek theological education in Basra and Medina, after which he returned home with followers and, even more valuable, political backing. He then began condemning the worship of ancestors, graves and even the celebration of birthdays. Anything that could be venerated, Ibn Abd al-Wahhab destroyed, leaving Uyaynah’s graves and shrines in rubble. When a woman in the village confessed to adultery, he had her stoned to death. Though the leader of Uyaynah originally supported the extremist holy man, al-Wahhab was making more enemies than friends. So he was given an ultimatum: Leave Uyaynah or die. Ibn Abd al-Wahhab packed his things and traveled to Diriyah, a desert oasis under the control of a man named Muhammad Ibn Saud, where the two would work together to forge a new state: Saudi Arabia.

Back then, Diriyah was a small oasis town in the Arabian Desert region of Najd, and Ibn Saud was just a mid-level merchant with little hope of gaining regional influence. He lacked both wealth and a recognizable tribal affiliation, so when Saud heard about Ibn Abd al-Wahhab’s renown, he jumped at the chance to ally with the holy man. Not only would Ibn Abd al-Wahhab give Saud theological legitimacy, but his teachings emphasized rigid taxation of citizenry and adherence to a strict rule of law. Most importantly, both men wanted a united Arabian Desert. According to Madawi al-Rasheed’s book A History of Saudi Arabia, Ibn Abd al-Wahhab declared his loyalty to Saud in 1744 by acknowledging him as the settlement’s “chief and wise man.” In doing so, he asked Saud “to grant me an oath that you will perform jihad against the unbelievers. In return you will be imam, leader of the Muslim community, and I will be leader in religious matters.”

Two years later, the killing began. Saud started waging jihad on the villages surrounding Diriyah, forcing them to submit politically and theologically to the rule of the Saudi-Wahhabists. Though the Koran explicitly forbids war with other Muslims, Saud’s new ally saw violence as a necessary tool for purifying Islam. The Uyaynah native also introduced the idea of takfir, the ability to declare other Muslims as infidels, which made the waging of war against Arabian tribesmen the holy duty of the Saud family. While the British Empire flexed its might in the New World, the Saud family waged war to unite the Arabian Desert in the name of Allah.

Ibn Abd al-Wahhab was often absent from the battlefield, but the House of Saud agreed to spread the teachings of Wahhabism through military force and form political allegiances through marriage. After Riydah was conquered in 1773, Ibn Abd al-Wahhab retreated from public life and even gave up the title of imam. But the Saudi heirs continued their mission to unite the Arabian Desert — and by the time Ibn Abd al-Wahhab died in 1792, most of the Arabian Peninsula was under Saud family control. Though the modern state of Saudi Arabia would not be officially founded until 1932, the teachings of Ibn Abd al-Wahhab form the framework for Saudi society and can be linked to Sunni extremism today.

While Wahhab is cited in jihadist propaganda, al-Qaida militants consider themselves Salafists, not Wahhabis, disassociating themselves with the Saudi regime. However, both historical Wahhabism and Salafism follow a similar puritanical form of Islam, embrace the cause of violent jihad and the concept of takfir as a justification for violence against fellow Muslims. Though the connection between these belief systems is hotly debated, both still consider themselves to be reformers of Islam in a modern world that has lost its spiritual center.