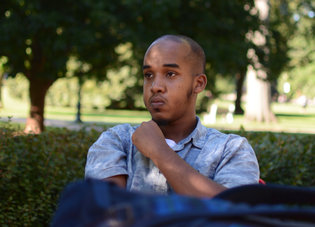 Even as one is saddened to see terrorism on University campuses, one is not surprised to see that once again, it was a Salafi terrorist who was inspired by Saudi-sponsored ISIS. Neither is one surprised to see the connections between this terrorist, the late Salafi hate monger Anwar Awlaki and the Takfiri Deobandi terrorist nexus in Pakistan.

While the NYT article is not specific about how his stay in Pakistan radicalised Abdul Razak Ali Artan (the Salafi terrorist at OSU), it is safe to say that Artan was not radicalised in a Sikh Gurudwara, a Hindu temple, a Sunni Barelvi/Shia/Ahmadi mosque or a Christian church in Pakistan. Like the Pakistani American terrorists who perpetrated the San Bernardino massacre, it is safe to say that it was part of the extensive Deobandi mosque/madrassa network in Pakistan that contributed to Abdul Razak Ali Artan’s radicalisation and subsequent acts of terrorism.

American Muslims can continue to engage in token and obfuscatory condemnations. Refer to this pathetic statement by an MSA representative:

“Nabeel Alauddin, a president of the university’s Muslim Students’ Association, said the attack worried him “because it is getting to be increasingly challenging to be an American Muslim.”

But as a Buckeye, he said, he was angry because “this really was an attack on student safety.”

Nabeel is more interested in playing the victim card than actually confronting the growing menace of extremist violence by terrorists who are exclusively from the Salafi and Deobandi sub sects. It is not surprising to see his MSA affiliation – another Saudi-funded front.

For too long, American Muslims have avoided a clear discussion on the issue of Salafi and Deobandi violence and terrorism. By not specifically identifying these two sub sects, American Muslim continue to conflate a diverse Muslim community with the fringes. The reality is that the vast majority of Sunnis (comprised of Barelvis, Ahmadis and Sufi denominations) and Shias (Isna asharis, Ismailis and Bohras) eschew violence and are well integrated into the American mainstream.

From the 1993 World Trade centre attacks to the current incident at OSU, all the terrorists have belonged to either the Salafi or Deobandi sects. All of them have a connection to Saudi Arabia which is the primary sponsor of these two sub sects.

Why must other Muslim sects face scrutiny. These two sub sects need to be honest about the growing issue of terrorism that is taking place within their youth. They need to distance themselves from Saudi Arabia. More importantly, they need to introspect and eschew the exclusionary practice of Takfir – a hate ideology preached by medieval bigots like Ibne Taymiyyah.