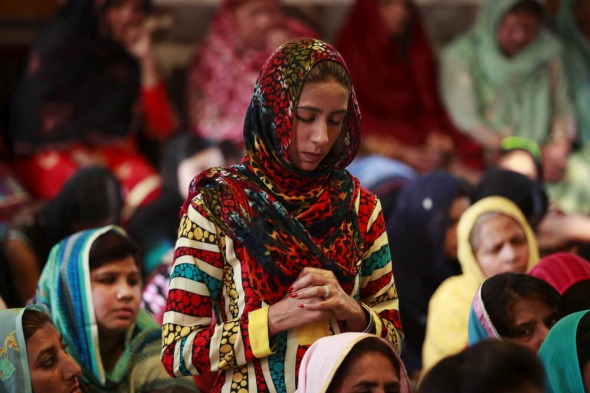 Pakistan’s television regulatory body has banned all 11 Christian TV channels airing in the country and arrested at least six cable operators for defying the order, according to reports.

The Pakistan Electronic Media Regulatory Authority, or PEMRA, does not grant landing rights for religious content, allowing the airing of Christian messages only for Christmas and Easter. However, the Christian channels had been operating for more than two and a half decades, just as numerous Islamic channels still do.

PEMRA has now formally deemed the Christian channels illegal, and is cracking down on cable operators who are still airing the channels. At least six of them have been arrested, according to UCAnews.

All the Christian channels, barring two, operated from outside Pakistan. Pakistan’s oldest Christian satellite broadcaster, Isaac TV, and Catholic TV, run by the Lahore Archdiocese, have also been shut down.

Father Morris Jalal, founder and executive director of Catholic TV, was quoted as saying, “What is the future of church media in Pakistan? It is a very difficult time for us. We were just trying to reach our own community who are generally ignored by other TV channels.”

Jalal also spoke to the U.K.’s Daily Express, saying, “As citizens, Christians have the right to practice their religion, but if they block you, it means not all citizens are equal. When someone bans the expression of faith, which is a fundamental right, there is persecution.”

Saleem Iqbal, director of Isaac TV, hopes that Christians in Pakistan will still be able to watch their content on the Internet. “We look at it like it is, we do not have the license. We can only ask people to continue to watch us online,” he told AsiaNews.it. “Many people are passionate about our channel, which is broadcast from Hong Kong. A ban on cable transmission will not stop us.”

The government’s move comes as Asia Bibi, a Christian mother of five who was sentenced to death in 2010 on accusations of blasphemy, is awaiting her appeal.

Bibi was sentenced to death in 2010 on allegations of blasphemy after two co-workers accused her of insulting the Muslim prophet Muhammad. In July, Pakistan’s Supreme Court set a date in October for the 51-year-old’s final appeal hearing to determine whether she will be executed or not.

One day in June 2009, she was picking berries with a group of Muslim women in the town of Sheikhupura in the Punjab province. The women got upset that she drank from the same water bowl as them. An argument ensued, and the women went to police and accused her of saying something along the lines of “My Christ died for me, what did Muhammad do for you?” She was promptly arrested.

Pakistan is home to some 2.8 million Christians.

http://www.christianpost.com/news/pakistan-bans-all-11-christian-tv-stations-arrests-cable-operators-in-crackdown-171582/#.WDJ7C0WSnDp.facebook
Fiction writer and Columnist Aamir Hussaini condemns the ban and posted a status on his Facebook wall with a condemnation note : This is very serious issue and I think this ban should be lifted and irony is that cable operators are allowed to run Peace TV channel of Dr Zakir Naik and speeches of Takfiris on cable TV. I strongly condemn this action taken by PEMRA.