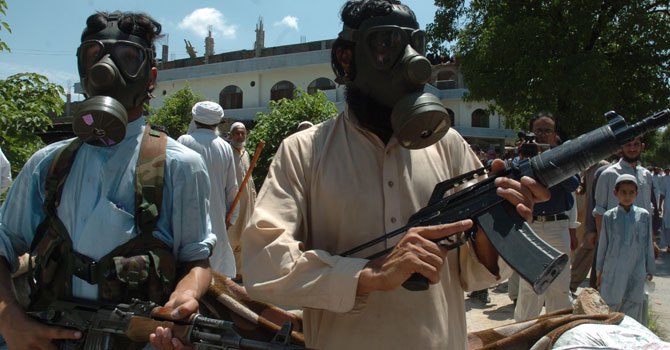 ISLAMABAD: As the top court is set to hear Aasia Bibi’s appeal against her death penalty on Thursday, Islamabad’s Lal Masjid has warned against her ‘possible’ release. Bibi, a Christian woman, is on death row for committing blasphemy.

The Supreme Court of Pakistan will hear Aasia’s appeal against the execution on Thursday, her defence lawyer Saiful Mulook has been quoted as saying.

The top court in July 2015 had stayed Aasia’s execution, admitting her appeal for hearing.

The charge against Bibi dated back to June 2009, when she was labouring in a field and a row broke out with some Muslim women she was working with. Later, the women went to a local cleric and accused Bibi of blasphemy against the Prophet Muhammad (pbuh). Bibi in her petition has denied making any blasphemous remarks.

In 2010, a local judge Muhammad Naveed Iqbal awarded her a death penalty, which was subsequently upheld by the Lahore High Court.

The “Shuhada Foundation”, which was formed after the security forces raided the Lal Masjid in 2007, said its supporters would take to the streets and will not allow the government to function if Aasia was released.

“Lal Masjid will become a centre for the anti-government movement if Aasia Masih is released,” the foundation said.

“We are seriously concerned at the efforts for the release of blasphemous Asia Masih and will consider those blasphemous who defend her, whoever they are and on whichever position they are working,” Hafiz Ehtesham Ahmad, spokesperson for the foundation said.

Ahmad in a statement also threatened of “serious consequences” if the convict was allowed to go abroad.  He claimed that some ambassadors have also lobbied for the release of Aasia. He said the mosque will mobilise public opinion and will seek the support of all schools of thought.

In 2011, former Punjab governor Salmaan Taseer, who spoke out in support of Aasia, was gunned down in broad daylight in Islamabad.

The state hanged his assassin Mumtaz Qadri earlier in 2016 in a Supreme Court decision that was hailed by progressives, but brought hardliners into the streets supporting Qadri and demanding Aasia be killed.

Aasia’s family have lived largely in seclusion since 2010, fearing they will be mistreated if they venture out into the brimming streets of Lahore. According to a tally by Human Rights Watch, 17 people including Aasia remain on death row for blasphemy.

Her case has reached all the way to the Vatican — Esham, her 18-year-old daughter, had a face to face meeting with Pope Francis in April last year as the head of Catholic Church offered prayers for her mother. In 2010, Pope Francis’s predecessor Benedict XVI also called for Aasia’s release.