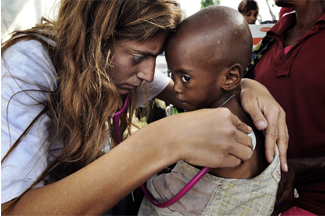 Replace Yemen with Syria, put all the blame on The Syrian and Russian government’s while absolving Al Qaeda and then perhaps there might be some sympathy.

We must also remember how the Deobandi drunkard hate-monger Tahir Ashrafi wanted Pakistan to fight alongside the Saudis and have a greater role in this human rights catastrophe in Yemen. Tahir Ashrafi is the favourite Mullah for Pakistan’s Sufyani liberal elites who promote him at every opportunity as a “moderate”.

The anti-Ahmadi, anti-Sunni, anti-Shia and Anti-Christian Tahir Ashrafi used his typical blood thirsty rants to support the PML N leadership’s capitulation to the Saudis on Yemen. That this pathetic creature is promoted by commercial liberals on the basis of lies and tokenisms is a telling reminder of the state to which liberalism has degenerated in Pakistan.