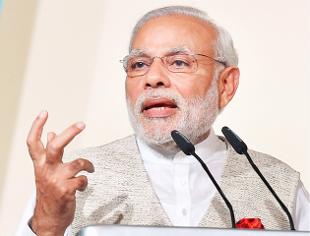 Hearing Modi was a pleasant surprise, I was expecting a poor speech from him, but he spoke very relevant things when addressing to people of Pakistan. He asked us to reflect upon why India is exporting software and Pakistan is exporting terror. He asked us to find out why people of Gilgit, AJK, KPK and Baluchistan are unhappy, why Bangalis part ways, he forgot to mention mohajirs and Sindhis.

Modi looked so statesman when he suggested thats let’s wage war against poverty, hunger, unemployment. It is such a shame that Pakistan is in the hands of metric fail generals, and is infected by the worst cancer to human civilisation Wahabi/Deobandi Islam.

People of Pakistan should listen to Modi, he is much more loyal and sympathetic to them then General Raheel Chootoo, who will not hesitate to drop nuclear bomb on them if needed. People of Pakistan must not forget that Pak Army generals not only intend but have well worked out plans to nuke Sindh, South Punjab or Baluchistan if and when needed. Listen to Najm Sethi he explained it in his show without mincing any words.