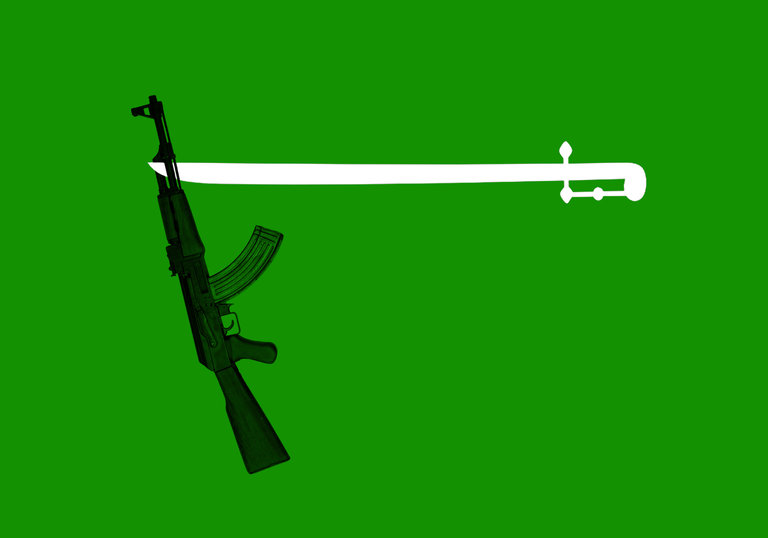 Tehran — Public relations firms with no qualms about taking tainted petrodollars are experiencing a bonanza. Their latest project has been to persuade us that the Nusra Front, Al Qaeda’s affiliate in Syria, is no more. As a Nusra spokesman told CNN, the rebranded rebel group, supposedly separated from its parent terrorist organization, has become “moderate.”

Thus is fanaticism from the Dark Ages sold as a bright vision for the 21st century. The problem for the P.R. firms’ wealthy, often Saudi, clients, who have lavishly funded Nusra, is that the evidence of their ruinous policies can’t be photoshopped out of existence. If anyone had any doubt, the recent video images of other “moderates” beheading a 12-year-old boy were a horrifying reality check.

Since the terrorist attacks of Sept. 11, 2001, militant Wahhabism has undergone a series of face-lifts, but underneath, the ideology remains the same — whether it’s the Taliban, the various incarnations of Al Qaeda or the so-called Islamic State, which is neither Islamic nor a state. But the millions of people faced with the Nusra Front’s tyranny are not buying the fiction of this disaffiliation. Past experience of such attempts at whitewashing points to the real aim: to enable the covert flow of petrodollars to extremist groups in Syria to become overt, and even to lure Western governments into supporting these “moderates.” The fact that Nusra still dominates the rebel alliance in Aleppo flouts the public relations message.

Saudi Arabia’s effort to persuade its Western patrons to back its shortsighted tactics is based on the false premise that plunging the Arab world into further chaos will somehow damage Iran. The fanciful notions that regional instability will help to “contain” Iran, and that supposed rivalries between Sunni and Shiite Muslims are fueling conflicts, are contradicted by the reality that the worst bloodshed in the region is caused by Wahhabists fighting fellow Arabs and murdering fellow Sunnis.

While these extremists, with the backing of their wealthy sponsors, have targeted Christians, Jews, Yazidis, Shiites and other “heretics,” it is their fellow Sunni Arabs who have been most beleaguered by this exported doctrine of hate. Indeed, it is not the supposed ancient sectarian conflict between Sunnis and Shiites but the contest between Wahhabism and mainstream Islam that will have the most profound consequences for the region and beyond.

While the 2003 American-led invasion of Iraq set in motion the fighting we see today, the key driver of violence has been this extremist ideology promoted by Saudi Arabia — even if it was invisible to Western eyes until the tragedy of 9/11.

The princes in Riyadh, the Saudi capital, have been desperate to revive the regional status quo of the days of Saddam Hussein’s rule in Iraq, when a surrogate repressive despot, eliciting wealth and material support from fellow Arabs and a gullible West, countered the so-called Iranian threat. There is only one problem: Mr. Hussein is long dead, and the clock cannot be turned back.

The sooner Saudi Arabia’s rulers come to terms with this, the better for all. The new realities in our region can accommodate even Riyadh, should the Saudis choose to change their ways.

What would change mean? Over the past three decades, Riyadh has spent tens of billions of dollars exporting Wahhabism through thousands of mosques and madrasas across the world. From Asia to Africa, from Europe to the Americas, this theological perversion has wrought havoc. As one former extremist in Kosovo told The Times, “The Saudis completely changed Islam here with their money.”

Though it has attracted only a minute proportion of Muslims, Wahhabism has been devastating in its impact. Virtually every terrorist group abusing the name of Islam — from Al Qaeda and its offshoots in Syria to Boko Haram in Nigeria — has been inspired by this death cult.

So far, the Saudis have succeeded in inducing their allies to go along with their folly, whether in Syria or Yemen, by playing the “Iran card.” That will surely change, as the realization grows that Riyadh’s persistent sponsorship of extremism repudiates its claim to be a force for stability.

The world cannot afford to sit by and witness Wahhabists targeting not only Christians, Jews and Shiites but also Sunnis. With a large section of the Middle East in turmoil, there is a grave danger that the few remaining pockets of stability will be undermined by this clash of Wahhabism and mainstream Sunni Islam.

There needs to be coordinated action at the United Nations to cut off the funding for ideologies of hate and extremism, and a willingness from the international community to investigate the channels that supply the cash and the arms. In 2013, Iran’s president, Hassan Rouhani, proposed an initiative called World Against Violent Extremism, or WAVE. The United Nations should build on that framework to foster greater dialogue between religions and sects to counter this dangerous medieval fanaticism.

The attacks in Nice, Paris and Brussels should convince the West that the toxic threat of Wahhabism cannot be ignored. After a year of almost weekly tragic news, the international community needs to do more than express outrage, sorrow and condolences; concrete action against extremism is needed.

Though much of the violence committed in the name of Islam can be traced to Wahhabism, I by no means suggest that Saudi Arabia cannot be part of the solution. Quite the reverse: We invite Saudi rulers to put aside the rhetoric of blame and fear, and join hands with the rest of the community of nations to eliminate the scourge of terrorism and violence that threatens us all.