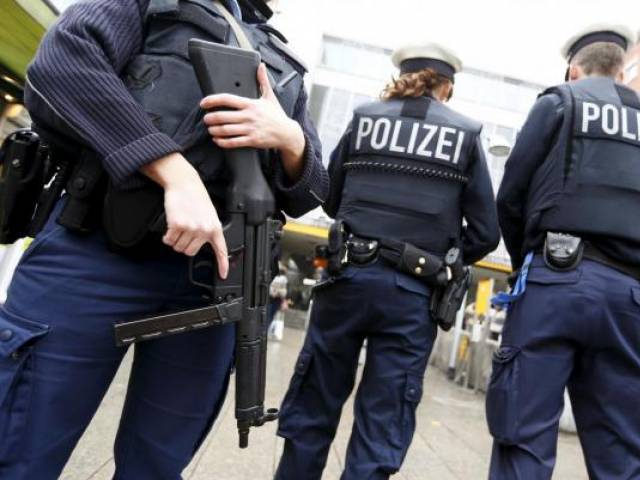 Editor’s note: LUBP has been consistently advocating similar action against the radical Deobandis in Pakistan. The radical Deobandis hold very similar and dangerous views as the radical Salafis elsewhere in the world. The Salafi/Wahhabi and Deobandi connection which goes back to over a century. the founders and progenitors of the Deobandi sect and Abdul Wahab are said to have the same teacher, Mohammad Hayat Al-Sindhi.

BERLIN: German police have searched a mosque and eight apartments in Hildesheim that are believed to be a hotbed of a radical Salafist community, the interior minister of the northern state of Lower Saxony said on Thursday.

Germany is on high alert after a spate of attacks since July 18 left 15 people dead – including four attackers – and dozens injured. Two assailants, a Syrian asylum seeker and a refugee from either Pakistan or Afghanistan, had links to militancy, officials say.

Interior Minister Boris Pistorius said in a statement that up to 400 police – including mobile squads and a special forces police commando – were involved in the raids on Wednesday in the Hildesheim area, which is a short drive south of Hanover.

“The German-speaking Islamic circle (DIK) in Hildesheim is a nationwide hot-spot of the radical Salafist scene that Lower Saxony security authorities have been monitoring for a long time,” the state official said.

Pistorius said the search followed months of planning and was an important step toward banning the association, which security authorities say has radicalised Muslims and encouraged them to take part in jihad in combat zones.

Numerous members of the mosque have traveled to Syria and Iraq to join Islamic State, while sermons, seminars and speeches call for “hate against non-believers,” the ministry said.

Germany has seen sharp increases in the number of ultra-conservative Muslims known as Salafists in recent years, with the total number of sympathizers now seen at 8,900, up from 7,000 at the end of 2014, German officials have said.

Security authorities say the DIK in Hildesheim is believed to have become the focal point of Salafist activities in Lower Saxony, the second-largest of Germany’s 16 states after Bavaria.

“We will not put up with Salafist associations and their backers flouting our rules and bringing our rule of law into question and convincing young people that they want to join the so-called IS,” Pistorius said.

“I’m convinced that our freedom is stronger than the inhuman ideology of the extremists,” he added.