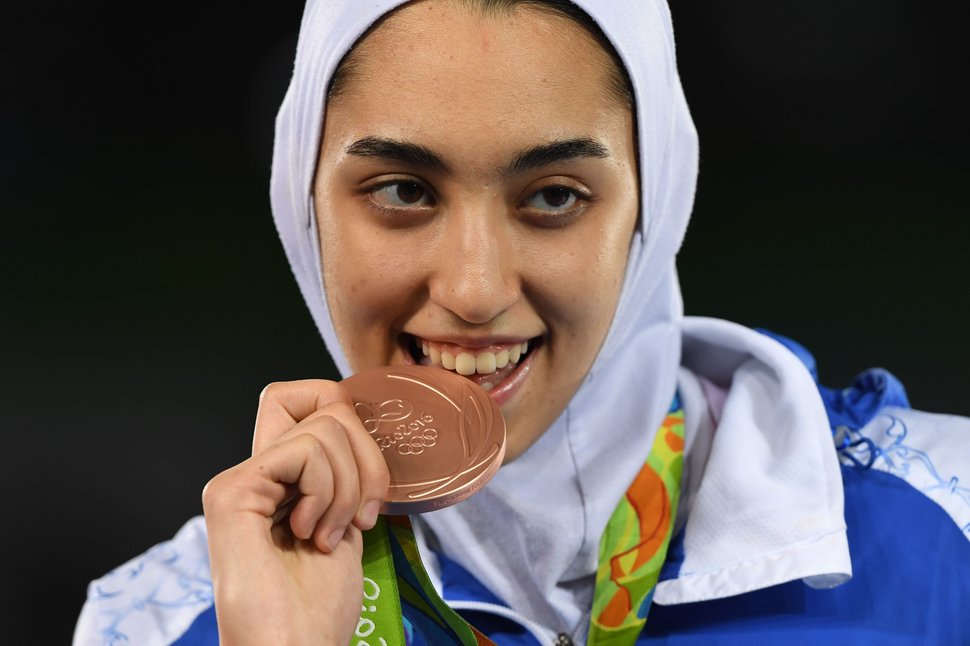 RIO DE JANEIRO – Kimia Alizadeh Zenoorin kicked and punched down opponents and barriers as she became the first Iranian woman to win an Olympic medal by taking taekwondo bronze in the 57kg category on Thursday.

The 18-year-old former junior world champion fell to the floor and kissed the mat after beating Nikita Glasnovic of Sweden 5-1 in a one-sided contest at the Carioca Arena 3 to secure a breakthrough bronze.

“I am so happy for Iranian girls because it is the first medal and I hope at the next Olympics we will get a gold,” said Zenoorin.

“I am very excited and I want to thank my parents and my coach. They really stand behind me and I am so happy.”

Iran have won 65 medals at the Olympics in just four sports – wrestling, weightlifting, taekwondo and athletics – with Zenoorin’s bronze the Asian nation’s fifth medal in Rio.