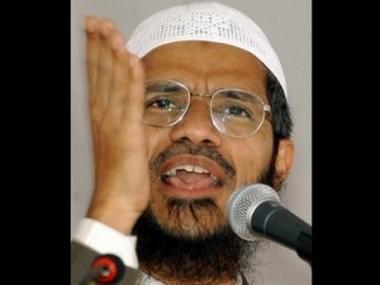 As awaited, the apex body of Sunni-Sufi Muslims in India, All India Ulama and Mashaikh Board (AIUMB) has come to the fore, after a prolonged pause, calling for action against Zakir Naik, the controversial Salafist-Islamist preacher for his sermons that peddled hatred and religious extremism.

In an unequivocal, clear and categorical word, the AIUMB raised its concern: “What we have seen so far are media reports about Naik’s activities. We want the government to act against Naik who propagates extremist views through different platforms,” as reported in The Times of India. Since a nationwide outcry has been spent on Zakir Naik, the AIUMB seems distressed at the maximum noise and minimum action, which is the dilemma of every similar case dismissed as ‘media trial’ or a ploy of polarisation or political turmoil.

After the two staff members of Naik’s organization, Arshid Qureishi and Rizwan Khan, have been allegedly linked with Islamic State and put into police custody, AIUMB is one of the few Islamic organisations in the country that demand a blackout ban on Naik’s institute Islamic Research Foundation. On the contrary, a few sections of the country’s Muslims are still living in denial of all the accusations labelled against the controversial Islamic preacher, including the candid exposition of his staged conversions of non-Muslims into Islam. Barring the AIUMB, no organised effort is seen in the country to delink the Muslim community and its peaceful faith tradition from people like Qureshi who, along with some others, had convinced the neo-Muslims to become ‘soldiers’ of Daesh. After Ebin Jacob has complained about her sister Mariam (aka Merin) who went missing from Kerala, along with her husband and 21 youngsters, it is an increasing fear that many more gullible Islamists might have joined the Islamic State.

Zakir Naik is a controversial Islamist figure in India, not now but since the time he left his medical profession and jumped into clerical career. But after the perpetrators of Dhaka massacre have reportedly confessed their inspiration from Naik’s sermons, he came into the limelight of the media. Naik has been described in the national media in various fashions, most notably: ‘radical Islamist televangelist’, ‘Salafist preacher’, ‘extremist ideologue’ or a ‘Saudi-funded Wahhabi-Ahle-hadeesi indoctrinator’. One wonders which of these descriptions fit him the best, and if so, why? Or is there another way to describe the particular tenor of his preaching?

In a word, Zakir Naik is a medical-doctor-turned-preacher who has been actively engaged in Islamist televangelism in his bid to promote the Saudi-Wahhabi puritanical Islam across the world and particularly in India.

This is known to all.

Naik emerged calling himself a ‘student of Comparative Religion’. But not many know what turned him later to be a hardcore preacher of radical Islamism. What catapulted him from someone stressing the similarities between Islam and other religions to a Salafism-inspired debater on Islam loudly speaking of its supremacism over all the world religions?

More surprisingly, it is was paradoxical that Naik started his televangelism on ARY QTV, a Pakistani television channel with an avowed Sufi-Sunni inclination mainly producing programs focused on the precepts of Ahle Sunnat Wa Jama’at, the mainstream Sunni Hanafi school of Islamic jurisprudence. Since its religious broadcasting, QTV has put on air the traditional Islamic programs like Tafseer-e- Qur’an (commentary on the Qur’an) Dars-e-Hadith (Prophetic traditions and teachings), Qawwali and Sima’ (Sufi music), Hamd-o-Na`at (Islamic poetry) and other televised religious shows including sermons (khutbas), talks (mubahasa) and theological question and answer sessions known as Fiqhi Masail. It was only when Zakir Naik appeared on QTV that the channel featured his polemical debates with preachers or scholars of other religions resulting into a gloomy religious broadcasting antithetical to the harmonious fabric of the Indian subcontinent.

It’s a great wonder that Naik first used the platform of the Sufi-Sunni Islamic scholars of the Indian subcontinent whose views went completely against his worldview. The most notable among them, which QTV regularly featured, are Dr Tahir-ul-Qadri, Mufti Muhammad Akmal of Dawat-e-Islami, Pir Muhammad Saqib Shaami, Mufti Muhammad Shahid, Dr Umar Al-Qadri, Mufti Abu Baqr, Mufti Suhail Raza Amjadi and Mufti Muhammad Aamir, to name a few. However, when it became clear that Naik was a strident exponent of the radical Wahhabi ideology or what is popularly known as “Salafism”, the channel denied his shows.

It is a common knowledge now that Wahhabism is the creed of faith that Dr Naik professes and preaches with a great conviction. Of course, he has always loudly claimed to be ‘only a Muslim’, neither Sunni or Shia, nor Hanafi, Shafai, Hanbali nor Maliki (the four Islamic schools of jurisprudential thought). But his connection with Wahhabism-Salafism is self-evident from his sting adherence to the Salafi clergy while justifying the vile practices of the medieval era like child marriage, sex slavery, self-supremacist religiosity and most deplorably the suicide attack as ‘war tactic’. His Wahhabi orientation is also corroborated by his being a frequent state guest in the Saudi Kingdom, which only welcomes the preachers of its own state religion – Wahhabism. More to the point, Naik has received the Shah Faisal award, the most prestigious award for ‘service to Islam’ given by the Kingdom. Notably, it was first conferred upon Maulana Abul A’al Maududi, founder-ideologue of Jamat-e-Islami and the foremost promoter of political Islam in Indian subcontinent. Besides, the Saudi kingdom offered every possible aid and logistical support to Naik for running and expanding his IRF and Peace TV across the globe.

As mentioned above, Naik embarked on his televangelism speaking about Islam as a religion of ‘peace’ and ‘submission’ (etymological meanings of the root-letter Islam), while at the same time finding similarities between Islam and other world religions. Therefore, he was praised by most of the Muslim citizens of India, both men and women, especially the Muslim youth. But later he earned notoriety for having made incendiary and objectionable utterances and controversial theological statements against the mainstream Sufi-Sunni Islam in India as well as other religions. Since then, majority of classical Islamic scholars and erudite Islamic theologians (muftis and ulema) have urged Muslims to shun his speeches and prevent his arrival in their localities. As a result, he was stopped, over the last decade, from addressing Islamic conferences and congregations in Allahabad, Kanpur and Lucknow at the behest of the Mufits and Ulema of Uttar Pradesh (UP) who influence the common Muslims.

But the question is why even the biggest religious leaders of the community could not stop Zakir Naik from spewing his venom. What was in his preaching that went unchallenged by the ulema, captivating the young men and women to a radical ideology? A critical analysis apprises us of an entirely different and untold truth.

While Naik has been slammed by most of the Muslim clerics and seminaries including the largest madrassa in India Darul Uloom Deoband, they did not refute the extremist parts of his speeches. There has been a continued silence or complete denial of Naik’s real threat to the country, which is embedded in his anti-pluralist, exclusivist and supremacist sermons. Ulema of Darul Uloom Deoband critiqued Zakir Naik only because he adheres to the Salafi/Ahl-e-Hadeesi sect, a slightly different denomination. But his radical thoughts and extremist theology have not been confronted by the mainstream Indian ulema. This emboldened the radical televangelist to carry on with his sermons spewing venom in a democratic country like India. Most regrettably, in this case, the Article 25 of the Indian Constitution allowing the profession and propagation of one’s faith has been brazenly misused. This article allows us to ‘profess, practise and propagate our religion’ not to denigrate others’ faith traditions or run down all other sects and denominations of our religion.

It goes beyond saying that ‘profession, practice and propagation’ of a religion only imply the right to declare and preach one’s faith freely and openly. How come it can be a justification for one’s blatant denigration of other faiths? It is neither permissible in our Indian constitution, nor in Islam under any circumstance. The Quran clearly says: “And do not insult those they invoke other than Allah, lest they insult Allah in enmity without knowledge. Thus We have made pleasing to every community their deeds.”

Ironically, while the likes of Zakir Naik fully enjoy the Article 25 in India, they preach religio-fascism, supremacism and elimination of all other religions from the Muslim world. Zakir Naik is on record saying: “We (Muslims) know for sure that only Islam is the True religion in the eyes of God. Therefore, we do not allow propagation of any other religion.”

Any speech, as such, that might or will foment religio-fascism, is a “dangerous” televangelism. It must be stopped. But we should not agree with the perception that merely banning Naik or any exclusivist preacher like him will serve the purpose. Media, moderate Muslims or the political pundits in India who are calling for his speeches to be shut down, overreacting in the wake of the Dhaka attacks, will have to do a gigantic task of soul-searching. They need to confront the ideological underpinnings of Zakir Naik which are furthering the extremist ends.

Sufi organisations in India like the AIUMB will have to engage in a more genuine counter-extremism work. Instead of making it a sectarian slugfest, they must confront Naik on his exclusivist, chauvinistic, bigoted and inflammatory statements extolling Osama-bin-Laden, exhorting Muslims for terrorism, reviling the propagation of other religions, justifying sex slavery, death penalty of apostasy, child marriage, and destruction of cultural and religious structures such as the Buddhas of Bamiyan and desecration of the Prophet’s tomb in Madina. These are highly relevant questions that must not be skipped. And this is how the mainstream liberal Muslims should react to anyone who tacitly or openly supports Naik on these ideological grounds.