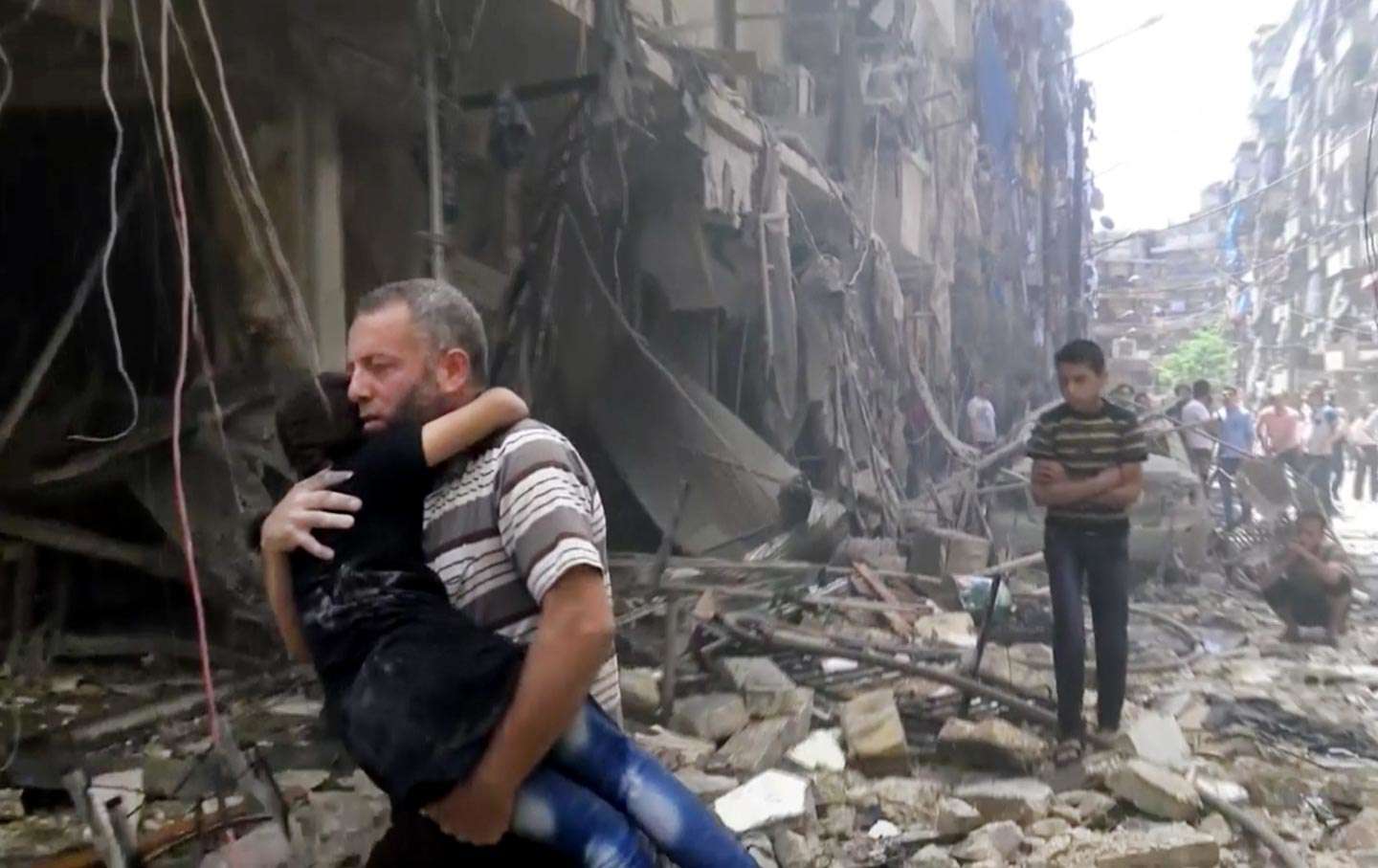 Of all the myths that pass for conventional wisdom in Washington in the late Obama years, perhaps one of the most intractable is the idea that the president has “done nothing” concerning Syria.

According to a Robert S. Ford, who served as US Ambassador to Syria (2010–14), and is now a senior fellow at the Middle East Institute, the Obama administration has followed a “hands-off” policy regarding Syria, claiming that the president and other senior administration officials have “been reluctant to use all tools available to create pressure” on the Syrian government. And last week The New York Times reported that 51 mid-level State Department officials authored a “dissent cable” to Secretary John Kerry urging the United States to carry out “military strikes against the government of President Bashar al-Assad.” The Times noted further that Foggy Bottom’s pinstriped dissidents have long “chafed at the White House’s refusal to be drawn into the conflict in Syria.”

Yet far from “refusing to be drawn into the conflict in Syria,” the Obama administration has actively financed and trained so-called “moderate” Syrian rebels (who are in fact Salafist extremists in league with Al Qaeda) since 2013. The administration’s parallel efforts—one by the CIA, followed by another run out of the Pentagon—has helped to destabilize the region, contribute to the refugee crisis, and, in targeting the sovereign government of Bashar al-Assad, helped strengthen the geostrategic position of ISIS.

Still worse, American proxies have been working hand in glove with radical Sunni opponents of the secular Assad government. Even Ford publicly admitted in January 2015, “For a long time we have looked the other way while the Nusra Front and armed groups on the ground, some of which are getting help from us, have coordinated in military operations against the regime.”

Indeed, by 2015 the fiction of a “moderate” opposition had become increasingly difficult to maintain. According to the journalist Gareth Porter, “the idea that an independent ‘moderate’ armed opposition still existed” was “necessary to provide a political fig leaf for the covert and indirect U.S. reliance on Al Qaeda’s Syrian franchise’s military success.”

Efforts to halt the administration’s illegal and counterproductive war for regime change in Syria have been lead by Congresswoman Tulsi Gabbard of Hawaii. Last year, Gabbard, a two-tour Iraq war veteran, sponsored a bill that would cut off funding for what Gabbard calls the administration’s “regime-change war in Syria.”

While that bill has yet to make it to a vote in the House, last week Gabbard sponsored an amendment to the Defense Appropriations Act that would block funding for the so-called “Syrian Train and Equip” program. While the amendment garnered the support of 135 House members, including staunch conservatives like South Carolina Congressman Trey Gowdy and Michigan Congressman Justin Amash and leading Democrats like Maryland Senate candidate Chris Van Hollen, it ultimately did not pass. And the amendment’s defeat happened to coincide with the release of the State Department dissent cable calling for military strikes against Syria.

Taken together these are troubling developments because, as Gabbard correctly notes, should the regime-change war succeed in overthrowing Assad, it will be ISIS and Al Qaeda who will step in and fill the vacuum. It is this prospect, which would be a strategic, tactical and moral catastrophe, that American policy should seek to avoid. Far from alleviating the humanitarian and refugee crises, military action by the United States would only exacerbate them. And yet, the administration persists, via the CIA’s “Train and Equip” program, in doing the bidding of our most odious allies—Turkey, Saudi Arabia, Qatar—by putting pressure on Assad to leave the scene.

Gabbard said to The Nation on Monday, “Escalating the war to overthrow Assad will make things even worse. It will cause more suffering and chaos and strengthen ISIS and Al Qaeda to the point where they may be able to take over all of Syria.” That result would, according to Gabbard, mean disaster, “including a genocide against religious minorities, secularists, atheists, and anyone who refuses to accept the extremist Wahhabi theology. The refugee crisis will increase exponentially, and it could lead to a direct confrontation with Russia.”

Yet the dissident diplomats insist that they are not advocating for a “slippery slope” that would end in a military confrontation with Russia, only for the “credible threat” of a targeted US military response to regime violations. However, according to a Pentagon official who spoke to The Nation, “What happens if a Russian SAM [surface-to-air missile] shoots down a US fighter over Syria? Russian S-400s could be used to take out US cruise missiles, making it not-so-proxy of a war. And what do we do to counter that? Attempt to take out Russian S-400 sites? Looks like a slippery slope to me.”

The official, a 20-year Army officer with multiple assignments at US embassies across the globe, says the dissent cable “appears to be another case of careerists who have invested significant effort into achieving an ill-sought goal—the removal of Assad—while also refusing to accept that the priority has shifted to defeating ISIS, and this may require allowing Assad to reassert control.”

In the final analysis, the policy the dissent cable argues for would launch the United States on the path to a war with Syria and almost certainly a wider war with Russia. Meanwhile, serious-minded attempts to get the administration to focus on efforts to combat ISIS and end the Syrian civil war, like those of Congresswoman Tulsi Gabbard’s, are needed more than ever.