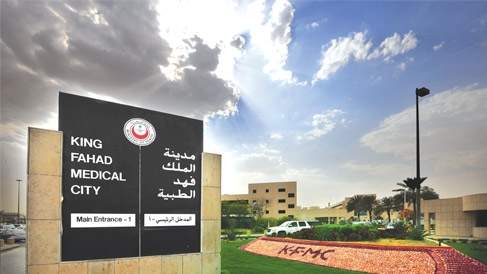 An unidentified Saudi man shot and wounded a Jordanian gynecologist at the King Fahad hospital in Riyadh on Wednesday evening.

The male doctor was on duty at King Fahd Medical City when the incident occurred. According to Saudi website Sabq, the gunman shot the doctor who helped his wife deliver a baby.

According to reports, the shooter summoned the doctor under the pretense of thanking him for delivering his child and took him to the adjoining park which was teeming with children, where he shot him and fled the scene.

The victim was rushed to the emergency ward, where doctors removed a bullet from his lung. His condition is stable.

The victim, Dr Muhannad Al Zabn, delivered the shooter’s baby one month ago at the King Fahad Medical City in the Saudi capital Riyadh.

The spokesperson for the hospital confirmed the incident, saying that a doctor was shot and that his condition was now stable.

Saudi police have apprehended the shooter who is now in custody.

Twitter users in Saudi Arabia were divided in their opinions with most coming out in support of the doctor but some questioning why the father was put in such a position.