Home  »  Newspaper Articles   »   The world reaps what the Saudis sow 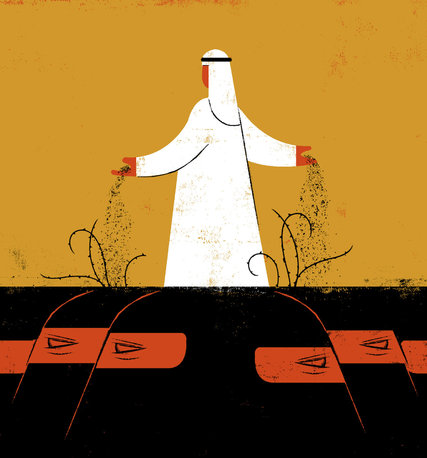 Saudi Arabia has frustrated American policy makers for years. Ostensibly a critical ally, sheltered from its enemies by American arms and aid, the kingdom has spent untold millions promoting Wahhabism, the radical form of Sunni Islam that inspired the 9/11 hijackers and that now inflames the Islamic State.

The latest chapter in this long, sorrowful history involves tiny Kosovo. With a population of only 1.8 million people, Kosovo has sent more of its young people per capita than any other country to fight and die in Iraq and Syria. Since 2012, some 314 Kosovars have joined the Islamic State, including two suicide bombers, 44 women and 28 children. Even Belgium, widely seen as a hotbed of extremism after the attacks on Paris and Brussels, lags behind it in the recruitment rankings.

As detailed by Carlotta Gall in a recent article in The Times, Kosovo is in this position largely because Saudi Arabia and other Persian Gulf states have spent years developing and funding a network of imams, mosques and secretive associations there. And while there is no evidence that any group gave money directly and explicitly to persuade Kosovars to go to Syria, senior officials in Kosovo told Ms. Gall that extremist clerics and groups have spent heavily to promote radical Islamic thinking among young and vulnerable people. “The issue is they supported thinkers who promote violence and jihad in the name of protecting Islam,” Fatos Makolli, head of Kosovo’s counterterrorism police, told her.

The United States and NATO invested heavily in helping Kosovo gain independence from Serbia in 2008 and establish democracy. That Saudi Arabia should be using Kosovo as a breeding ground for extremists, or allowing it to be used as a breeding ground by any Saudi entity or citizen, is a cruel reminder of the contradictory and even duplicitous behavior of America’s partners in the Persian Gulf and helps to explain why its relationships with those countries have become increasingly troubled.

Kosovo, rescued from Serbian oppression after months of NATO bombing in 1999, has been known as a tolerant society. For centuries, the Muslim majority has followed the liberal Hanafi version of Islam, which is accepting of others. Since the war, that tradition has been threatened by Saudi-trained imams, their costs paid by Saudi-sponsored charities, preaching the primacy of Shariah law and fostering violent jihad and takfirism, which authorizes the killing of Muslims viewed as heretics.

Most Kosovars have resisted such proselytizing, and officials in Kosovo say that support for the United States and the West remains strong. Yet experts point to a number of reasons the country has been fertile ground for recruitment to radical ideology: a large population of young people living in rural poverty with little hope of jobs; corruption and an attendant lack of faith in government; and, according to a 2015 report by the Kosovar Center for Security Studies, an education system that does not encourage critical thinking.

It remains unclear why Kosovo’s government, as well as the United States and the United Nations officials who administered postwar Kosovo, did not act sooner. The Americans may have erred in assuming that Kosovo’s moderate religious community would prevent extremism from flourishing.

The 9/11 attacks quickly clarified the dangers. Several Saudi organizations in Kosovo were closed, and the Saudi government, which appears to have reduced its aid to Kosovo, now insists that it has imposed strict controls on charities, mosques and clerical teachings. Even so, Kuwait, Qatar and the United Arab Emirates have increased funding for Islamic hard-liners in Kosovo.

The Sunni Arab states still do not seem to understand the extent to which extreme versions of Islam imperil them as well. Although the Saudi royal family relies on the Wahhabi clerics for their political legitimacy, the Islamic State accuses the monarchy of corrupting the faith to preserve its power. Since 2014, there have been 20 terrorist attacks in the kingdom, many staged by ISIS.

The Kosovo government, working with the United States, has acted to combat extremism by adopting new antiterror laws, cracking down on the money laundering that underwrites radical groups and stepping up police investigations. The flow of Kosovo’s citizens heading to fight with the Islamic State apparently has fallen to zero in the last seven months, while the number of Kosovars on the battlefield is down to 140.

Yet at least two radical imams continue to preach in Kosovo’s capital, Pristina, and draw crowds of young men. Much work is still to be done to protect the independence and spirit of tolerance that Kosovo worked so hard to achieve.