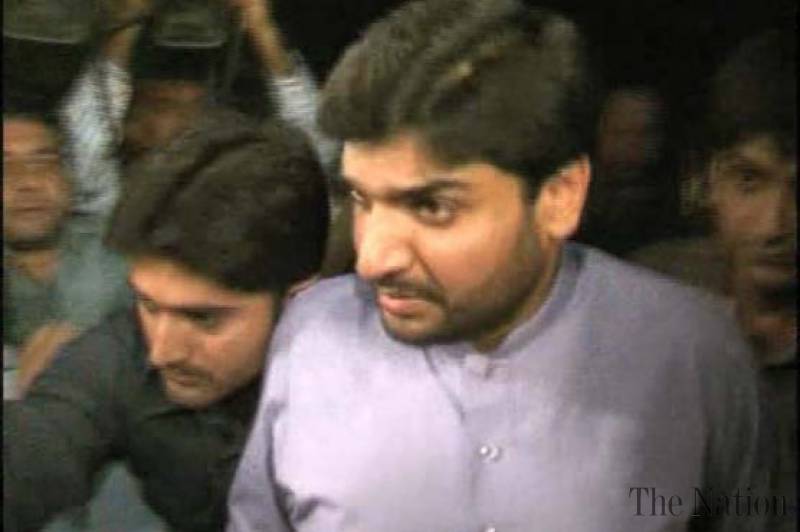 As hearing commenced, the officials of Punjab Anti-Corruption Establishment produced former Chief Finance Officer of Punjab Energy Department Ikram Naveed before Judicial Magistrate Ashraf Gondal. Accused Ikram Naveed through his counsel Advocate Mushtaq Mohl told the judge that Mr. Ali Imran, son-in-law of Punjab Chief Minister Shahbaz Sharif was involved in misappropriation of Rs 230 million of Punjab Energy Department.  He said but no one could dare to nominate him in the FIRs registered by the ACE.

He said Rs 120 million were directly deposited into the account of Mr. Imran. The counsel of the accused said that his client had paid back Rs. 3.5 million while the rest of the money was invested by the son in law of Mr. Shahbaz Sharif. He said he was behind all this misappropriation but he was not nominated in any of two FIRs registered in this regard.  The counsel stated that previously he was remanded twice to Anti-Corruption Officials but the allegations failed to prove and now again the officials had come to get his remand for third time. It was unjustified because earlier they could not prove anything while the amount on his part had been paid back, said Mr. Mohl. He requested the court to allow his bail.

However, the officials of Anti-Corruption Establishment said that the accused invested money in different plazas and purchased flats in Lahore and Islamabad. They denied involvement of Ali Imran, son-in-law of Punjab Chief Minister Shahbaz Sharif. But when the accused’s counsel questioned that how could they deny deposit of Rs 120 million directly into the account of Mr. Ali Imran, the officials said that it was the part of their record. The officials opposed his bail saying that he was still required in investigation as huge amount of public money was embezzled from the Energy Department where he was Chief Finance Officer.

After hearing both sides, Judicial Magistrate Ashraf Gondal remanded Mr. Ikram Naveed into the custody of the ACE officials for three days.

The reliable sources told The Nation that Ali Imran, for being son-in-law of Punjab Chief Minister Shahbaz Sharif, was not nominated in the FIR. A senior investigating officer of Police department approached Punjab Chief Minister Shahbaz Sharif that his son-in-law was involved in misappropriation of millions of rupees of Punjab Energy Department, they said.

Mushtaq Ahmad Mohl, the counsel of accused Ikram Naveed, said that Ali Imran had built a tower at MM Alam road and had given a shop to his client at 35th floor which was yet to be built as currently the plaza was of a 7th floors building.