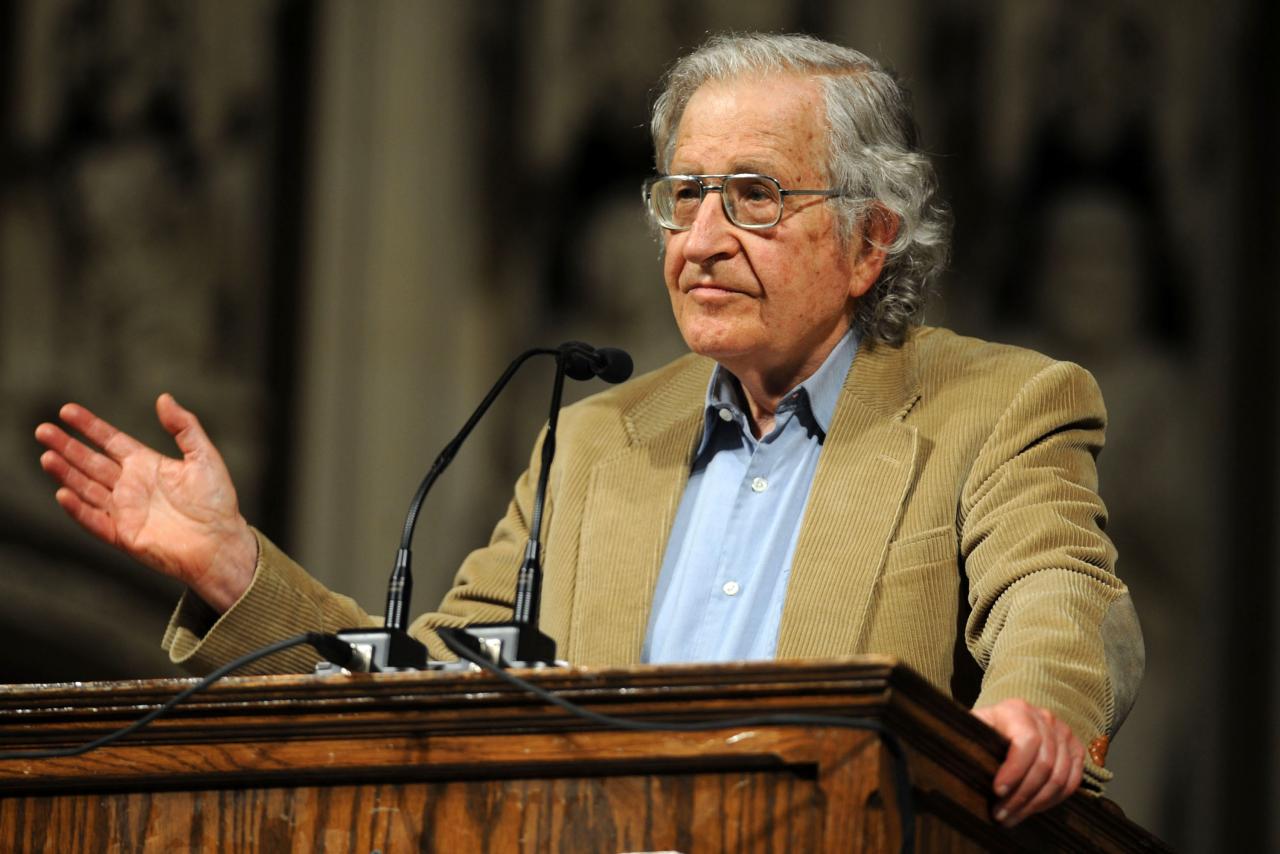 As Saudi Arabia continues to fund fighting in Syria and Yemen, Noam Chomsky says it is “the center of radical Islamic extremism.” Chomsky adds that the U.S. ally is “a source of not only funding for extremist radical Islam and the jihadi outgrowths of it, but also, doctrinally, mosques, clerics and so on, schools, you know, madrassas, where you study just Qur’an, is spreading all over the huge Sunni areas from Saudi influence.

This is a rush transcript. Copy may not be in its final form.

AMY GOODMAN: We’re on the road in Chicago, Illinois. I’m Amy Goodman, as we continue Part 2 of our conversation with world-renowned political dissident, linguist, author, Noam Chomsky, institute professor emeritus at the Massachusetts Institute of Technology, where he’s taught for more than half a century. His latest book, Who Rules the World? I asked him to talk about Saudi Arabia’s role in the Middle East.

NOAM CHOMSKY: Well, there’s a long history. The basic—we don’t have a lot of time, but the basic story is that the United States, like Britain before it, has tended to support radical Islamism against secular nationalism. That’s been a consistent theme of imperial strategy for a long time. Saudi Arabia is the center of radical Islamic extremism. Patrick Cockburn, one of the best commentators and most knowledgeable commentators, has correctly pointed out that what he calls the Wahhibisation of Sunni Islam, the spread of Saudi extremist Wahhabi doctrine over Sunni Islam, the Sunni world, is one of the real disasters of modern—of the modern era. It’s a source of not only funding for extremist radical Islam and the jihadi outgrowths of it, but also, doctrinally, mosques, clerics and so on, schools, you know, madrassas, where you study just Qur’an, is spreading all over the huge Sunni areas from Saudi influence. And it continues.

Saudi Arabia itself has one of the most grotesque human rights records in the world. The ISIS beheadings, which shock everyone—I think Saudi Arabia is the only country where you have regular beheadings. That’s the least of it. Women have no—can’t drive, so on and so forth. And it is strongly backed by the United States and its allies, Britain and France. Reason? It’s got a lot of oil. It’s got a lot of money. You can sell them a lot of arms, I think tens of billions of dollars of arms. And the actions that it’s carrying out, for example, in Yemen, which you mentioned, are causing an immense humanitarian catastrophe in a pretty poor country, also stimulating jihadi terrorism, naturally, with U.S. and also British arms. French are trying to get into it, as well. This is a very ugly story.

Saudi Arabia—Saudi Arabia itself, its economy—its economy is based not only on a wasting resource, but a resource which is destroying the world. There’s reports now that it’s trying to take some steps to—much belated steps; should have been 50 years ago—to try to diversify the economy. It does have resources that are not destructive, like sunlight, for example, which could be used, and is, to an extent, being used for solar power. But it’s way too late and probably can’t be done. But it’s a—it has been a serious source of major global problems—a horrible society in itself, in many ways—and the U.S. and its allies, and Britain before it, have stimulated these radical Islamist developments throughout the—throughout the Islamic world for a long time.

AMY GOODMAN: Do you think Obama has dealt with Saudi Arabia any differently than President Bush before him?

NOAM CHOMSKY: Not in any way that I can see, no. Maybe in nuances.