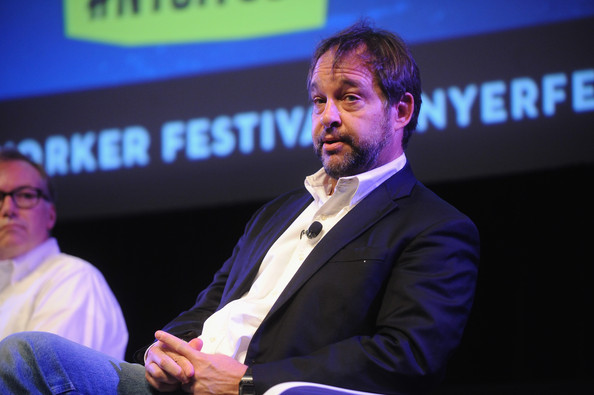 In a panegyric account of Pakistani novelist Muhammad Hanif’s life and works, New Yorker journalist Dexter Filkins indulges in an astonishingly uninformed conversation with the former, and the end result is as dangerously fictitious as his usual write-ups on Iraq and Syria.

While Filkins seems to be casually uninformed about Pakistan (as opposed to his purposeful lies on Iraq and Syria), Hanif appears more seduced by fame and populism. During their conversation, only 2 names repeatedly pop up in regards to corruption: Benazir Bhutto and Asif Ali Zardari. To add credulity to the claims even a figure of $1.5 billion is mentioned. Without making it sound like an apology for the PPP leaders, one can at least ask about the source for the precise figure of embezzled money.

More interesting is the fact that Nawaz Sharif escapes a reference even when the topic changes from corruption to terrorism. Pakistan Army is referred to as Bhutto’s army that raised and supported Taliban, but Sharif – a Saudi puppet in Pakistan who’s not only appallingly corrupt but a known Taliban supporter backed even by Osama Bin Laden – is given a free pass. The readers are made to believe that Pakistan’s Taliban policy was actually Bhutto’s idea executed by the army generals who listened to her at least that one time. It appears more like a part of concerted recent attempts by Pakistan’s commercial liberals and journalists to reinvent Nawaz Sharif as Pakistan’s anti-establishment champion. They are all working hard to expunge the memories of Sharif’s praise for Taliban in the 1990’s and his conviction of emulating them and establishing a similar system in Pakistan.

Pakistan’s commercial liberals including Muhammad Hanif – as evident in this interview –have consistently been extremely dishonest in identifying or even referring to Sabeen Mahmud’s killers. Saad Aziz, who was caught on the CCTV walking away with blood on his clothes after the Safoora Goth massacre is referred to as ‘a suspect in the killing, but nothing about him fit the profile of an assassin: he was a student at one of the most prestigious universities in Pakistan’. The murderer Saad Aziz was known as a religious fanatic from a radical Deobandi background. He was associated with Jamaat-e-Islami and Sipah-e-Sahaba/ASWJ in Karachi. But all the facts have been casually brushed aside and Aziz has been presented as a student of an elite university who couldn’t have been Sabeen Mahmud’s assassin. There is no reason left not to believe that Pakistan’s commercial liberals are soft on Deobandi terrorists, shift the blame from them, and never identify them by name. Not even when their friends have been killed.

One shouldn’t forget that while Hanif and other Pakistani liberals are soft on Sharif and hopeful of reinventing him as a liberal anti-establishment figure, Filkins has had a similar relationship with Saudi Arabi, probably at the behest of the CIA. In his 2015 write-ups on Iraq, Syria and Iran, Filkins squarely puts the blame for problems in Iraq and Syria on Shias and Iran. Even the rise of ISIS somehow seems to be connived and inspired by a Shia prime minister, Shia militias and an Iranian general.

Either caught up in their fantasies or performing their jobs, the Filkins and the Hanifs forget that given the slightest of openings, not only the ISIS but even Saad Aziz wouldn’t mind killing most of us. It is time everyone stopped being their apologists.