Home  »  Newspaper Articles   »   When liberals run out of patience: the Impolite exile of Seymour Hersh 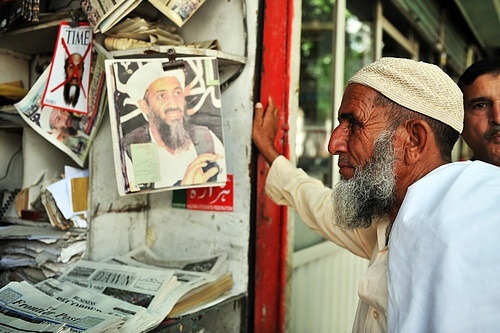 Seymour Hersh’s The Killing of Osama bin Laden a pocket-size collection of stories written for the London Review and printed during the second Obama administration arrives at an awkward moment for the expatriate journalist who not so long ago was esteemed as the finest investigative reporter in the United States. Hersh now publishes abroad because his talent, though undiminished, no longer fits into the publication plans of the nation’s newspaper and magazine publishers. He has, it appears, failed to adapt to the times. His revelations about deceit and brute force in the conduct of foreign affairs that delighted his editors when he raised a torch over Dick Cheney lost its shine when he reported on President’s Obama’s not-so-different Cold War liberalism.

The moment of Hersh’s fall from grace can be pinpointed to a meeting in the office of New Yorker editor David Remnick in 2011. Hersh wanted to write a story challenging the official account of the recent Navy Seals raid in Abbottabad, Pakistan, where the notorious terrorist chief Osama bin Laden was gunned down in his hostage compound run by the Pakistani military. There was no firefight at the compound, no burial at sea. His sources agreed on these points, among many others.

Remnick said to go ahead but to write it, but not for the magazine. He wanted a short piece for the magazine’s web site. Hersh was thunderstruck. He was like the reporter at the fabled small-town paper who rushed to tell his city editor he’d just found a murder victim in the newpaper’s lobby. Only to have the city editor respond, “Let the wires cover it.”

But of course it was about more than money. It was also about respect and credibility, the coin of his livelihood as a journalist.

Hersh had reported on Pakistan for Remnick’s magazine for years, at a time when both men shared his belief that the security of the Muslim country’s nuclear arsenal was an under-reported story. Hersh developed contacts in the special branch of Pakistani intelligence that was responsible for training the guards that keep the country’s atomic bombs secure from enemies and terrorists.

On May 4, 2011, two days after Osama bin Laden was killed by US Navy Seals in Pakistan, and after the White House gave official version of events to the world press, Hersh received a three-page email from one of his sources in Inter-Services Intelligence (ISI) that described an entirely different narrative. In a candid if circuitous account of what happened next, during an April 25, 2016 interview with Amy Goodman, Hersh said he took the information in the email to three “friends inside,” which he described in the Verso update of the story as US sources, a “senior retired intelligence official” and two “longtime consultants to the Special Operations Command (SOC),” whose responsibilities included the US Navy Seals. He also had contacts among the Seals.

“I know enough people in the Seals,” Hersh told Goodman. “I talked to people within days who described to me that [bin Laden] was nothing but a hit. It was an absolute assassination.” The Seals’ motive for being candid on this point and others, as Hersh explains it in the new Verso edition of the story, was a matter of soldierly honor, which they felt had been compromised by administration descriptions of a firefight that never happened. With differing motives but with the same emphasis on playing to television audiences, it suited both the administration and the individual Seals who pulled the triggers to describe the killing of bin Laden as an act of self-defense. Even the disposition of the nephritic terrorist’s six-foot-four body, or what was left of it, was faked—no burial at sea but a dumping of body parts out of a helicopter over the Hindu Kush. Hersh asked in vain for records of the official version of the burial at sea from the U.S.S. Carl Vinson and was told that the sea logs had been sealed and all hands warned to keep their mouths shut.

Hersh synthesized the information from the dissenting Seals, combined it with the account of events in the email from Pakistani nuclear security, and presented the result to the SOC consultants to help sort things out. After getting their views, he was sufficiently prepared to take what was by then an internally consistent alternative narrative to the unnamed “retired senior intelligence officer.” He, too, confirmed the new outline of events and contributed his own details. All that was missing was a candid assessment of events from the Pakistani high command. He interviewed Gen. Asad Durrani, a former chief of ISI and one of the most powerful men in the country, who was eager to cooperate.

The ISI, it turned out, was full of grievances. The Pakistanis had had been given assurances that their fingerprints would be kept off the bin Laden operation. Pakistani officials who were taking payoffs from the CIS had told the Americans that they were holding bin Laden hostage in the first instance because the Saudis wanted him protected, and they also paid large sums of laundered cash to guarantee it. Meanwhile, the Pakistanis were keeping Al Qaeda and the Taliban out of Pakistan by threatening to turn bin Laden over to the Americans if they renewed their attacks. These were admissions against interest, as the lawyers say.

As it turned out, Obama blew up the promises to the Pakistanis within hours after the bin Laden attack, and relations between the two countries turned sour for at least four years.

Perhaps the US official most troubled by Obama’s burning of the exposed Pakistani officials was then-Defense Secretary Robert Gates. “The bottom line is Obama changed his mind because the boys got to him,” meaning, supporters of the self-defense version. “And Gates was enraged about that. He thought, ‘You do not double cross the two guys (Pakistani generals) who control the bomb. That’s the real story.”

Hersh was not so succinct in his printed story, and he was not as clear about his sourcing as he was years later with Amy Goodman. And if he used anonymous sources, it is hardly a surprise. A figure like the Washington Post’s David Ignatius, to take only one example, does not quote his sources in the intelligence world but it is no secret that he is an accurate recorder of views of the CIA or that they are in themselves newsworthy. The Obama administration actually shut down open avenues for sourcing in the claim of the sea burial, with few complaints from anyone but Hersh.

What is puzzling about the bin Laden affair is that the fictions about it, apart from the Seals’ concerns, were so unnecessary. It seems safe to say that few but the most scrupulous Americans would have raised a protest against events even if they occurred as Hersh described them, including the rapid and unmerciful dispatch of the nation’s bête noire.

In any case, the idea that Hersh relied on a single source, a charge repeated often by his leading critics in the digital press, is absurd, as any careful reading of his work and later comments makes clear. Little wonder that he has taken a tone of surprise that he would be expected to document his sources as meticulously as a junior reporter on a country paper. In short, that he would not be trusted as he once had been. Would not his record of undisputed accuracy in other stories of world-class difficulty like My Lai and Abu Ghraib earn him the freedom to summarize?

The conclusive evidence that Hersh had lost that courtesy came not from the front—the legion of online Obama supporters for whom, like John Ford’s editor in the Old West, the legend was always preferable to the facts–but from the rear. The August 8, 2011 edition of The New Yorker contained a long story by Nicholas Schmidle on the bin Laden affair which, in the words of Gabriel Sherman, “hewed closely to the White House’s line.” Hersh’s old partner Remnick had slammed the door behind him.