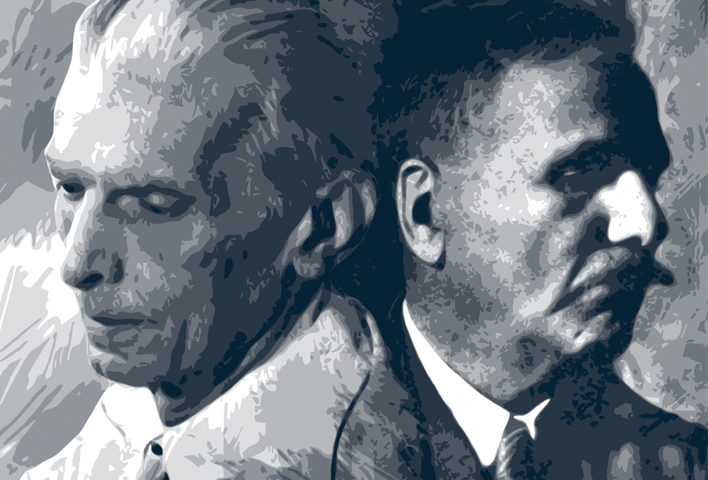 For the past few years I have been researching literature written on the life of Pakistan’s founder, Mohammad Ali Jinnah; and also scholarly works which quote him extensively to substantiate theories about what Pakistan is (or was supposed to be).

The exercise is a pursuit to trace the evolution of the image of a man who passed away just a year after the creation of a country that he had so painstakingly put on the map.

My research in this context has produced multiple Jinnahs; each one echoing the zeitgeist or a particular mood of the period in which he was written into books, essays and speeches.

Most interesting is the fact that between the creation of Pakistan in 1947 and the late 1950s, not much was written on him.

The 1950s were a highly mutable period in the history of Pakistan. The country’s founding party, the All-India Muslim League, in its new incarnation as Pakistan Muslim League, was constantly ravaged by infighting, and unable to address the many economic, ethnic and religious challenges that had sprung up when a minority of India became a majority in Pakistan.

My research suggests that, on an intellectual level, problems in this context were hardly ever tackled by evoking Jinnah’s sayings or personality.

Instead, the government and the state depended more on the works of poet and philosopher, Muhammad Iqbal. For example, in 1953, when anti-Ahmadiyya riots in the Punjab spiraled out of control, the government’s response was late but stern. It imposed Martial Law in the province which eventually crushed the riots.

Then, to undermine the men who had instigated the riots, the government published the Urdu translation of a booklet authored by respected Muslim scholar, Dr. Khalifa Abdul Hakim. Called ‘Iqbal and Mullah’, it cited heavily (and selectively) Iqbal’s scathing criticism of clerics.

In 1956, when the indirectly-elected Constituent Assembly of the country passed the country’s first constitution, many of the text’s authors explained the supposed balance between the religious and the worldly in the constitution by citing Iqbal’s ideas of ‘spiritual democracy’.

Again, there was little or no mention of Jinnah. What’s more, Jinnah’s sister who had authored a book on her brother was dissuaded (by the government) to publish it. The book was not published until 1987.

In 1954, the government authorised British writer, Hector Bolitho, to write a biography of Jinnah. But the published version was heavily censored. Entire quotes of Mr Jinnah were removed from the final text while others were altered.

It was as if the state and government of Pakistan in the 1950s had failed to find any use for Jinnah’s thoughts in an era in which the country found itself reeling from multiple political and economic crevices. Perhaps Jinnah’s memory had seemed to be too multicultural in tone and tenor to a state trying to enforce a more monolithic idea of Pakistan?

But this attitude was radically altered by the arrival of the Ayub Khan regime in 1958. He became the first Pakistani ruler to promptly start placing Jinnah’s portrait alongside his own in public rallies.

In his quest to modernise Pakistan, he constantly evoked Jinnah as a progressive Muslim. In April 1962, his government published a hefty book containing Jinnah’s speeches. In it were also quotes and sayings that had been censored out from Bolitho’s 1956 biography of Jinnah.

Ayub pulled out Jinnah from the confines he had been relegated to in the 1950s. His regime presented the founder as a man who wanted a modern Muslim-majority state with a strong economy (based on industrialisation), and a powerful army willing to defend the country’s physical and ideological boundaries.

This image of Jinnah was reinforced in books such as 1965’s Struggle for Pakistan (by IH Qureshi); 1966’s Quaid-i-Azam as Seen by his Contemporaries (a compilation of essays); and in 1969’s Jinnah: Founder of Pakistan published by the Information Ministry.

Ayub’s opponents on the right rejected this image. They suggested that since Jinnah could not formulate a cohesive ideology (due to his demise soon after Pakistan’s creation), the Ulema should take the lead in framing Pakistan’s ideological direction because the country was made in the name of Islam.

Ayub responded by claiming that this was not possible because most Ulema were opposed to Jinnah and that Jinnah did not want a theological state.

Much of the literature on Jinnah in the 1960s advances Ayub’s image of the founder. But this image began to change when Z.A. Bhutto’s left-leaning PPP came to power in December 1971.

Coming in on the back of a manifesto promising “socialist reforms”, one of the first signs of another change in Jinnah’s image emerged in a 1973 press advertisement of the Board of Industrial Management. In it, Jinnah’s portrait appears with a 1945 quote of his in which he emphasises the importance of nationalising important industries.

As by the mid-1970s, Bhutto had begun to place himself somewhere between left-liberalism, nationalism and ‘political Islam’, the brief experiment of weaving a socialist Jinnah quickly gave way to propagating a charismatic and nationalist one.

In 1976, the Bhutto regime formed the Quaid-i-Azam Academy. A plethora of literature on Jinnah appeared. In 1976, 12 books on Jinnah were published alone, with most of them presenting him as a charismatic and populist nationalist, who wanted to construct a strong democratic Muslim country. An image Bhutto also wanted for himself.

Also in 1976, appeared Sharif Al Mujahid’s Ideological Orientation of Pakistan. Published during a period in which the Bhutto regime had moved considerably to the right, the book portrayed Jinnah as a man who worked on building a separate ‘Islamic polity’ as conceived by Iqbal.

Jinnah’s image was changing again. After Bhutto was toppled in a reactionary military coup by Gen Zia in July 1977, the new regime announced the ‘discovery’ of a diary kept by Jinnah. In the diary, Zia claimed, Jinnah had scorned at democracy and wanted a state based on Islamic dictates and a strong army.

The claim was debunked by the surviving contemporaries of Jinnah and the regime went quiet on the issue. Unable to justify its intransigent policies with any of Jinnah’s quotes, the Zia regime ‘advised’ state-owned media to only use those quotes of the founder in which he mentioned faith.

In the 1980s, powerful independent scholarship on Jinnah too began to emerge. It severely tested and debunked Zia’s image of Jinnah. Stanley Wolpert’s Jinnah of Pakistan (1982) and Ayesha Jalal’s The Sole Spokesman (1985), completely turned Zia’s image of Jinnah on its head, presenting the founder more like the modern, enlightened Jinnah first put forward by the Ayub regime.

As a response, the Zia government pulled out Iqbal’s writings on religion. This was ironic because, in the 1950s, the state had used Iqbal to undermine the so-called fundamentalists; in the 1980s, Iqbal began to be posed (by the state) as an anti-thesis to the alternate image of Jinnah which began to appear from independent scholarship.

So whereas Iqbal was used in the 1950s to counter religious radicalism, in the 1980s, he began to be used to counter those debunking Zia’s idea of Pakistan and Jinnah. It was all a matter of cherry-picking (out of context) from Iqbal’s vast works in philosophy and poetry.

Not much has changed since. If one read’s Riaz Ahmad’s book, Iqbal’s letters to Quaid-i-Azam (1976), one finds that both men were on the same page on various subjects. But Iqbal passed away almost a decade before the creation of Pakistan.

Maybe this is why ever since the 1970s, ideologues, politicians, dictators, theologians and intellectuals have (rather convolutedly) placed both men on the opposite poles of numerous debates on democracy, faith, state and politics. They remain as lost as ever.