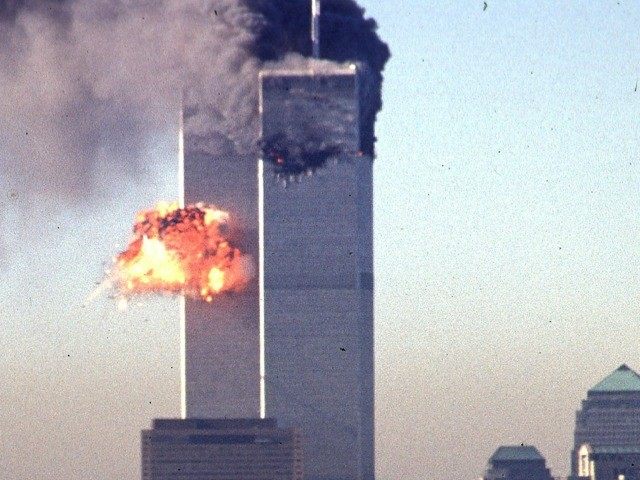 Gorka explained that the backstory to Saudi involvement in 9/11 began with “the siege of Mecca in 1979, and the deal that was cut between the Royal Family and the radical clerics that helped facilitate that jihadi attack on the Grand Mosque of Mecca.”

“For the next twenty years, elements of the government were deep into the export of jihadi ideology,” he continued.

Gorka recalled how the nation of Saudi Arabia was created “in a deal between the House of Saud and a man called ibn Wahab, who was a fundamentalist preacher, a cleric of Islam.” He said no one should be surprised by the continuing influence of fundamentalist Islam and jihadi ideology on Saudi politics – an influence likely to be spotlighted by those 28 pages of classified documents.

“I think what we’re going to find, if we ever see those 28 pages, is even if there wasn’t a systematic, holistic Saudi involvement in the 9/11 attacks, we will find – and we’ve seen already, in the unclassified domain – there are connections between at least two of the hijackers and the Saudi embassy in Washington,” said Gorka. “So there are potentially some very embarrassing things in those 28 pages.”

Bannon noted the Saudis appear to be very apprehensive about the possible exposure of those documents, and legislation that would make Saudi officials vulnerable to lawsuits by 9/11 families, citing a story from the weekend about Saudi threats to sell off $750 billion in U.S. Treasury securities if the 9/11 bill is passed – a move that could destabilize the dollar and throw global markets into turmoil.

Gorka said he was not surprised by this threatening behavior from our “schizophrenic” ally, although he was a little surprised by “how unsubtle a move this is,” combined with equally heavy-handed attempts by the Saudis to put pressure on the United States through OPEC.

“There must be something that’s very potentially damaging – otherwise, why would you even make such a noise publicly?” he wondered. “So I think that they’re at a crescendo point, with regards to their reputation internationally.  Remember, this is not a good time to be Saudi Arabia. If you look at what’s happening in the region, if you look at the rise of Iran’s power, the collapse of Sanaa in Yemen to the Shia, this is scary time, if you want to keep your royal privileges intact on the Arabian continent.”

Gorka said it was unfortunate that Western media underestimated the importance of the 1979 jihadi siege of the Grand Mosque, and the connections it established between the Saudi monarchy and fundamentalist Islam, because it was difficult for Western citizens to look past the official line on Saudi Arabia’s conduct without knowing its history. He attributed this ignorance to the “short attention span” of the media, even decades before the rise of social media, causing the Grand Mosque siege to be eclipsed in importance by other major events of the era.