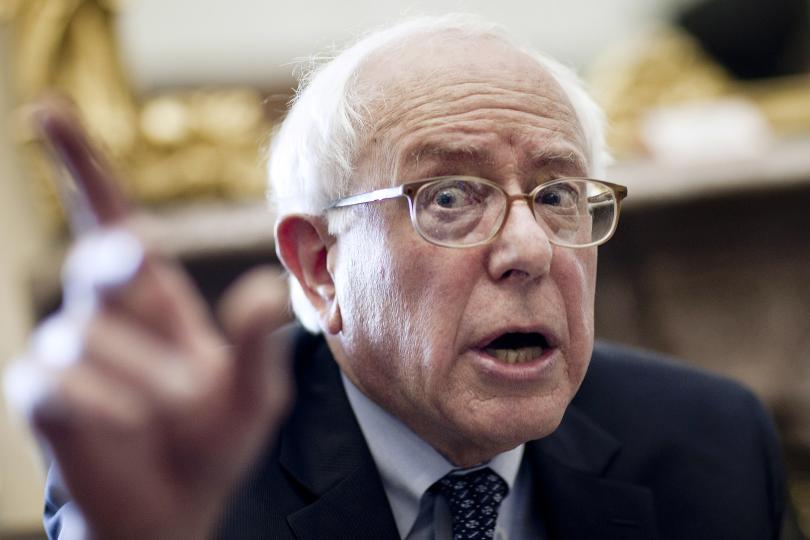 On ABC’s “This Week,” Sen. Bernie Sandiers said the U.S. cannot be blackmailed by Saudi Arabia.

“Saudi Arabia is one of the most powerful and wealthiest families of the world. That’s why they can threaten to withdraw hundreds of billions of dollars from our economy. The evidence is quite clear that sections of that very large royal family have funded a Wahhabism. …There are schools all over this world that are — where children are being educated in this anti- — this horrific fundamentalist ideology,” Sanders said.

Asked on “This Week” on whether she would support the bill allowing lawsuits against foreign government by victims of terror attacks, Sanders rival Hillary Clinton said he has yet to assess the legislation and pledged to look into it.

Democratic presidential hopeful Bernie Sanders said Sunday he has grave concerns about Saudi Arabia’s role in supporting terrorism but has not yet decided whether to vote in favor of a bill that would allow victims of terror attacks, including victims of Sept. 11 attacks, to sue foreign governments.

Saudi Arabia has warned it will sell off billions of dollars of U.S. assets if Congress approves the measure. The bill is co-sponsored by Sens. Chuck Schumer, D-N.Y., and John Cornyn, R-Texas.

The Vermont senator, in an appearance on CNN’s “State of the Union,” said he has not yet examined the measure and has not decided whether to support it.

“Clearly, you have heard me say I have concerns about the role Saudi Arabia played for many years, not just the individuals who came from Saudi Arabia and attacked us on 9/11, but their support for ISIS [the Islamic State group] and other terrorist organizations,” Sanders said.

“I do have a lot of concern about the role the Saudi royal family has played in terrorism. Wahhabism is the extreme right-wing Islamic movement, which is part of what ISIS and al Qaeda are about.”

Saudi Arabia has never formally been linked to the 2001 attacks on New York and Washington that left nearly 3,000 dead, but 15 of the 19 hijackers who flew planes into the World Trade Center and Pentagon and crashed in a Pennsylvania farm field were Saudi nationals. Zacarias Moussaoui, the alleged 20th hijacker, has claimed members of the Saudi royal family support al Qaeda.

Survivors and the families of victims filed suit against Saudi Arabia last year, but the petition was dismissed on the basis of sovereign immunity.

Some 28 pages of the 9/11 commission report are classified and are said to focus on the role of foreign governments in the plot. Saudi Arabia has asked that the redacted information be released so it can counter the charges, but both the Bush and Obama administrations have refused, saying a release would interfere with intelligence-gathering efforts.