Home  »  Newspaper Articles   »   NY Post: Saudi Arabia’s role in 9/11 ‘deliberately covered up at the highest levels of our Government’ 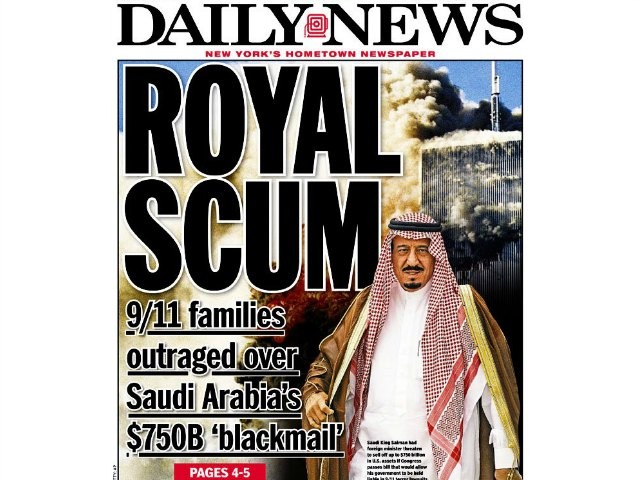 Paul Sperry writes that the “highest levels” of the U.S. government are implicated in a cover-up of Saudi Arabia’s role in the 9/11 attacks, all to preserve diplomatic relations with the oil-rich Islamist nation.

In its report on the still-censored “28 pages” implicating the Saudi government in 9/11, “60 Minutes” last weekend said the Saudi role in the attacks has been “soft-pedaled” to protect America’s delicate alliance with the oil-rich kingdom.

That’s quite an understatement.

Actually, the kingdom’s involvement was deliberately covered up at the highest levels of our government. And the coverup goes beyond locking up 28 pages of the Saudi report in a vault in the US Capitol basement. Investigations were throttled. Co-conspirators were let off the hook.

Case agents I’ve interviewed at the Joint Terrorism Task Forces in Washington and San Diego, the forward operating base for some of the Saudi hijackers, as well as detectives at the Fairfax County (Va.) Police Department who also investigated several 9/11 leads, say virtually every road led back to the Saudi Embassy in Washington, as well as the Saudi Consulate in Los Angeles.

Yet time and time again, they were called off from pursuing leads. A common excuse was “diplomatic immunity.”

Those sources say the pages missing from the 9/11 congressional inquiry report — which comprise the entire final chapter dealing with “foreign support for the September 11 hijackers” — details “incontrovertible evidence” gathered from both CIA and FBI case files of official Saudi assistance for at least two of the Saudi hijackers who settled in San Diego.