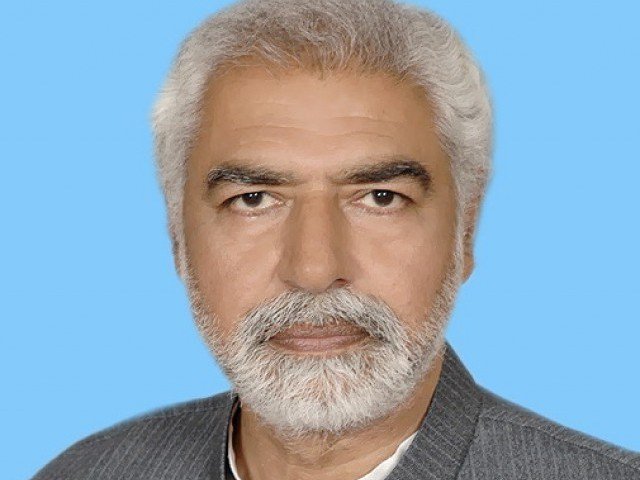 So someone has blown the whistle on high-flying beneficiaries of offshore companies/holdings. And among the lucky souls are our very own scions of the Mandate: the two sons, Hussain and Hasan, and the daughter being groomed for a star political role.

Hussain says it’s all legitimate and no rules have been broken. Fair point. But the question arising is, what kind of people go in for offshore companies, companies hidden behind thick smokescreens and located in such favoured hideouts as the Virgin Islands, the Cayman Islands or the Bahamas? The short answer: those who want their identities hidden, their money trails not to be known or who want to avoid paying taxes.

This is a bit like Greek or other ship-owners flying the Liberian flag. For some reason they always favour the Liberian or Panamanian flags.

Anyway, offshore companies may be brilliant strategy for money-launderers, financial trail-hiders and tax-evaders. But do they sit well on so-called leaders, or their near and dear ones, from poor countries where millions live below the poverty line and where these same leaders are always intoning about the welfare of the masses?

An Iranian tycoon may have offshore companies and under their cover be buying property in London, as the smart Sharifs have done for a long time. But would such devious financial arrangements suit an ayatollah or a commander of the Iranian Revolutionary Guards?

Let’s not name someone like Fidel Castro who is in a different league altogether. Suppose President Obama was revealed to have offshore companies under whose cover he was conducting business. There would be howls of outrage and indignant calls for his impeachment.

Prostitution is perfectly legal in some countries, as in France. But suppose the wife of a prominent Frenchman was revealed to be of the profession. Would this be considered normal? Running a sexual toyshop in most western countries is not a crime. Suppose an American senator was said to be running such an establishment what would be the popular reaction? The late night comedy shows would go wild.

Remember Surrey Palace and the commotion it triggered? Zardari bought it through an offshore account. There was nothing illegal about it but was it proper or political digestible? The Sharifs bought their Park Lane flats through monies which even at the time attracted charges of money-laundering. Now we know that the transactions were conducted through offshore companies owned by the family. If Surrey Palace was improper – in a political sense – how do the Park Lane flats become proper?

This is a country hit by terrorism, a country with tons of problems. And its leading political family is involved in high-stakes financial games of which the poor masses, in whose name they do their politics, know nothing and Nawaz Sharif’s son thinks there is nothing wrong with this.

He also says that they work hard and that’s how they’ve earned their wealth. Every politician who has made it big financially, and every well-heeled ex mandarin or general, attributes his success to hard work…or to Allah. On military lips I often hear the refrain. “Allah has been very kind.”

The question to ask Hussain Nawaz is: when your father was handpicked as Punjab finance minister in 1981 by then Punjab governor, Lt-Gen Ghulam Jillani, what were your family holdings – number of factories, etc – and what are they now? Were offshore companies and Park Lane flats part of the Sharif portfolio? If we knew the figures we would have a better idea of the Sharif capacity for hard work.

Let’s not be fed on fairy tales. What was Zardari before his marriage to Benazir Bhutto? What were the Sharifs before Gen Ziaul Haq’s magic hand touched them? The former was owner of Bambino Cinema, which was no small mark of distinction but a cinema was a cinema, not Manhattan real estate. The latter had Ittefaq Foundry, again a mark of distinction which put them above most of us. But that was it…there were no offshore companies, no London properties.

The old 22 families who were said to own most of Pakistan’s wealth devoted themselves to commerce and industry. They left politics to the politicians and the generals. The post-Zia brand of Pakistani entrepreneurship as exemplified by the Sharifs has mixed politics and business. This is good for no society and no country.

Not for moral reasons – morality can take a hike – but for the most practical of reasons. For great leaders, the Khomeinis, the Castros, the Ataturks, the Jinnahs, even the Liaquat Ali Khans, the Suhrawardis – yes, there was a time when we had honest leaders – are not into offshore companies. They play by a different set of rules. They are moved and inspired by different things.

Inspirational leaders don’t take loans from banks and then on the strength of questionable high court stay orders – the Sharifs should be grateful to Malik Qayyum who as high court eminence was virtually their family judge, all matters pertaining to the Sharifs miraculously finding their way to his bench – sit on the loans for 20 years.

Ho Chi Minhs don’t usually take money for their election campaigns from the likes of the banker Yunus Habib. And when caught out in the act they are not struck by bouts of amnesia, swearing that they remember nothing because in an election campaign so much happens. But if there was such a transaction, which they really can’t recall, they would pay back the money with interest.

Anywhere else this would cause a storm. Here, in the benign climate of the Islamic Republic, they get away with it. So if such a charge can be digested without causing any hiccups, Hussain Nawaz is well within his rights to assert that the offshore companies in his family’s name, and the business conducted by these companies, amounts to nothing improper.

Imagine if it had come out that someone related to Gen Raheel Sharif, say a nephew, had something to do with an offshore company. Wouldn’t there be general outrage and wouldn’t Operation Zarb-e-Azb be compromised? And wouldn’t the politicians snigger? Gen Kayani was not involved in any DHA scam. His brother was. Even so, the allegations were not good for the general.

But we’ll have to hand it to the Sharifs, they are made of sterner stuff. When it was said of them that in exchange for being let out of jail and being allowed to go into exile in Saudi Arabia they had agreed to keep out of politics for ten years, they swore to the heavens that this was not so. When Prince Muqrin, the Saudi intelligence chief, had to come to Islamabad to brandish a piece of paper and declare at a press conference – something quite unusual for someone in his position – that such an agreement was there, the Sharifs without missing a beat or showing the least trace of embarrassment said that the agreement was for five years not ten.

And we all remember Model Town when 14 people lay dead by mid-morning as a result of police firing – the operation to remove the barriers round Tahirul Qadri’s house having started at night – and Shahbaz Sharif swears to this day that he knew nothing about the entire business.

Compared to those master performances, Hussain Nawaz’s declaration of innocence comes in the category of small-time theatre.