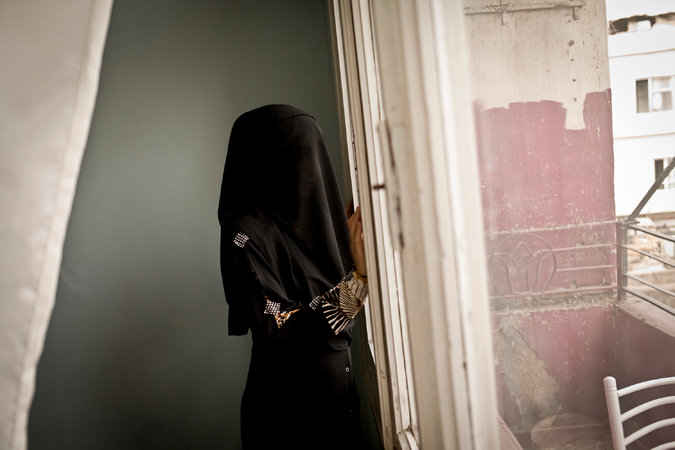 DOHUK, Iraq — Locked inside a room where the only furniture was a bed, the 16-year-old learned to fear the sunset, because nightfall started the countdown to her next rape.

During the year she was held by the Islamic State, she spent her days dreading the smell of the ISIS fighter’s breath, the disgusting sounds he made and the pain he inflicted on her body. More than anything, she was tormented by the thought she might become pregnant with her rapist’s child.

It was the one thing she needn’t have worried about.

Soon after buying her, the fighter brought the teenage girl a round box containing four strips of pills, one of them colored red.

“Every day, I had to swallow one in front of him. He gave me one box per month. When I ran out, he replaced it. When I was sold from one man to another, the box of pills came with me,” explained the girl, who learned only months later that she was being given birth control.

It is a particularly modern solution to a medieval injunction: According to an obscure ruling in Islamic law cited by the Islamic State, a man must ensure that the woman he enslaves is free of child before having intercourse with her.

Islamic State leaders have made sexual slavery as they believe it was practiced during the Prophet Muhammad’s time integral to the group’s operations, preying on the women and girls the group captured from the Yazidi religious minority almost two years ago. To keep the sex trade running, the fighters have aggressively pushed birth control on their victims so they can continue the abuse unabated while the women are passed among them.

More than three dozen Yazidi women who recently escaped the Islamic State and who agreed to be interviewed for this article described the numerous methods the fighters used to avoid pregnancy, including oral and injectable contraception, and sometimes both. In at least one case, a woman was forced to have an abortion in order to make her available for sex, and others were pressured to do so.

Some described how they knew they were about to be sold when they were driven to a hospital to give a urine sample to be tested for the hCG hormone, whose presence indicates pregnancy. They awaited their results with apprehension: A positive test would mean they were carrying their abuser’s child; a negative result would allow Islamic State fighters to continue raping them.

The rules have not been universally followed, with many women describing being assaulted by men who were either ignorant of the injunction or defiant of it. But over all, the methodical use of birth control during at least some of the women’s captivity explains what doctors caring for recent escapees observed: Of the more than 700 rape victims from the Yazidi ethnic group who have sought treatment so far at a United Nations-backed clinic in northern Iraq, just 5 percent became pregnant during their enslavement, according to Dr. Nagham Nawzat, the gynecologist carrying out the examinations.

It is a stunningly low figure given that the normal fertility rate for a young woman is between 20 percent and 25 percent in any given month, four to five times the rate that has been recorded so far, said Dr. Nezar Ismet Taib, who heads the Ministry of Health Directorate in Dohuk, which oversees the clinic where the victims are being treated.

“We were expecting something much higher,” he said.

The captured teenage girl, who agreed to be identified by her first initial, M., has the demeanor of a child and wears her hair in a bouncy ponytail. She was sold a total of seven times. When prospective buyers came to inquire about her, she overheard them asking for assurances that she was not pregnant, and her owner provided the box of birth control as proof.

That was not enough for the third man who bought her, she said. He quizzed her on the date of her last menstrual cycle and, unnerved by what he perceived as a delay, gave her a version of the so-called morning-after pill, causing her to start bleeding.