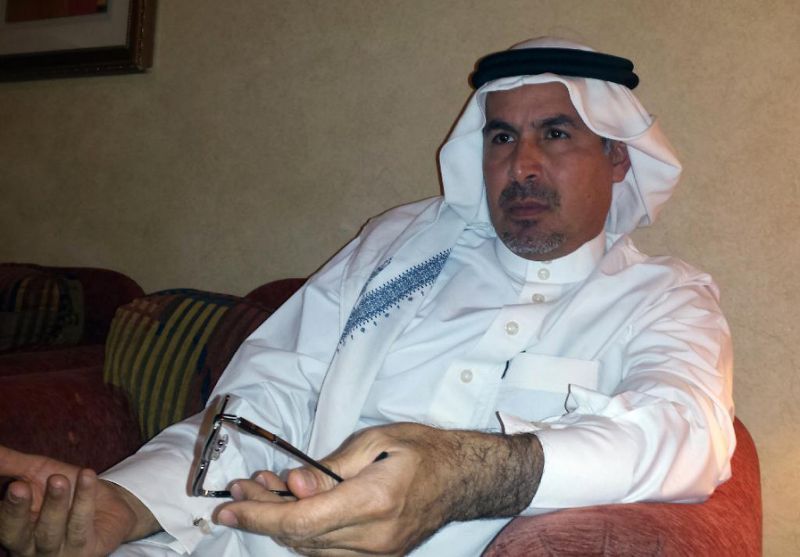 The brother of a prominent Shiite cleric whose execution has roiled the Mideast and set off worldwide protests is blaming President Obama for failing to use his influence with the Saudi government to prevent his death.

“I am sorry to say that the American government did not offer to make any efforts on this, although they knew the danger of this action and the repercussions,” Mohammed Al-Nimr said about the weekend execution of his brother, Sheikh Nimr al-Nimr, in an interview with Yahoo News.

“We asked very clearly for the American president to intervene as a friend of Saudi Arabia — and the Americans did not intervene,” he added.

While he personally asked officials at the U.S. consulate in Dharan, Saudi Arabia, to urge the president to speak out forcefully against his brother’s death sentence, “the Americans did not issue such a statement,” al-Nimr said in a telephone interview from Awamya in eastern Saudi Arabia. “They limited themselves to general statements from the State Department.”

The question of how forcefully the Obama administration raised the treatment of Sheik al-Nimr with the Saudi government — and whether it was caught flat-footed by the intense response in the region — got new attention Monday, a day after protestors stormed the Saudi Embassy in Tehran over the execution, and Saudi Arabia cut off relations with Iran in response. Iran is the leading Shiite power and views itself as the protector of Shiite interests in the Mideast. The issue also made its way to the presidential campaign trail where Hillary Clinton — whose former top legislative aide at the State Department is now a lobbyist for Saudi Arabia — mildly criticized the execution of al-Nimr, one of 47 prisoners who were put to death, mostly by beheading, by the Saudis over the weekend.

“Clearly, this raises serious questions that we have to raise directly with the Saudi government,” Clinton said at a campaign event in New Hampshire.

The comments by Mohammed al-Nimr, himself a Shiite political dissident as well as a businessman, had added poignancy because his son, Ali al-Nimr, is also facing a Saudi death sentence.

Arrested by Saudi authorities in 2011 when he was 17 for participating in street protests during the Arab Spring, Ali al-Nimr was sentenced to be executed — with his body to be crucified following his death — last September, an action that has been widely condemned by human rights groups. State Department spokesman John Kirby said at the time that the U.S. government was “deeply concerned by the case of Ali al-Nimr,” noting that he was then a juvenile and that a confession he made in a Saudi jail was reportedly made “under duress.”

Mohammed al-Nimr said that, in the aftermath of his brother’s execution, he is now increasingly concerned that his son will also be put to death.

“Our fears were great, but now our fears are greater,” he said. “We don’t trust promises anymore. This issue needs political energy from the friends of Saudi Arabia. I am certain that if somebody like Obama calls for the release of Ali al-Nimr, Ali would be set free.”

Asked for comment about Mohammed al-Nimr’s statements, including his criticism that the president did not use his influence with the Saudis to prevent his brother’s death, a White House spokesman declined comment. However, a senior administration official emailed Yahoo News: “We have spoken to the Saudi government about the cases of Nimr al-Nimr and Ali al-Nimr, as well as other Shia protesters who were sentenced to death, and asked the Saudi government to ensure fair trial and appeal guarantees and transparent judicial proceedings in all cases.”

At a State Department press briefing on Monday, chief spokesman Kirby made a similar point, telling reporters “We’ve been very clear about our concerns about the legal process in Saudi Arabia. It’s something that we have talked to Saudi officials about before. We all continue to do so.”

But in recent weeks, Obama administration officials have privately acknowledged that the Saudi kingdom’s mass executions and other human rights abuses, including reported widespread civilian casualties from its military intervention in Yemen, raise difficult diplomatic issues at a time the U.S. government is attempting to encourage the Saudis to take a more active part in the campaign against the Islamic State. “Sometimes, it’s better to raise these issues privately,” one official said last month when asked about the impending death sentence of Ali al-Nimr.

But the intensity of the response in the Shiite world to Nimr al-Nimr’s death, and the inflamed tensions with Iran over the issue, appears to have caught the administration off-guard. “They were blindsided,” said Ali al-Ahmed, director of the Washington, D.C.-based Institute for Gulf Affairs and a frequent critic of the Saudi human rights record. “This is a huge problem that will hurt the United States. I think they failed to understand that this is an issue that is not going to go away.”

Mohammed al-Nimr said he had been hopeful that Saudi King Salman would not sign the writ of execution for his brother because of Nimr al-Nimr’s stature as a widely respected Shiite cleric who had publicly disavowed violence even as he protested the Saudi government. The fact that the king did so — and equated his actions with al-Qaida terrorists — was “shocking,” he said.

His brother’s case “was a political problem, it was not a security problem,” said al-Nimr. Many of the others executed over the weekend were in fact al-Qaida terrorists, he said. “Their hands were tainted with blood and they deserved the punishment,” he said. But “this mixing of the names together — the whole word noticed this.”

Mohammed al-Nimr said that the execution of his brother is emblematic of more hard-edged, aggressive Saudi policies under King Salman. He cited stepped up repression against the country’s Shiite minority and the military intervention against Iranian-allied Houthi rebels in Yemen. In the past, Saudi policy was “much more pragmatic,” he said, blaming the shift on “inexperienced, young advisers” to the king — an apparent reference to 30-year-old Mohammed bin Salman, King Salman’s son, the deputy crown prince and minister of defense.