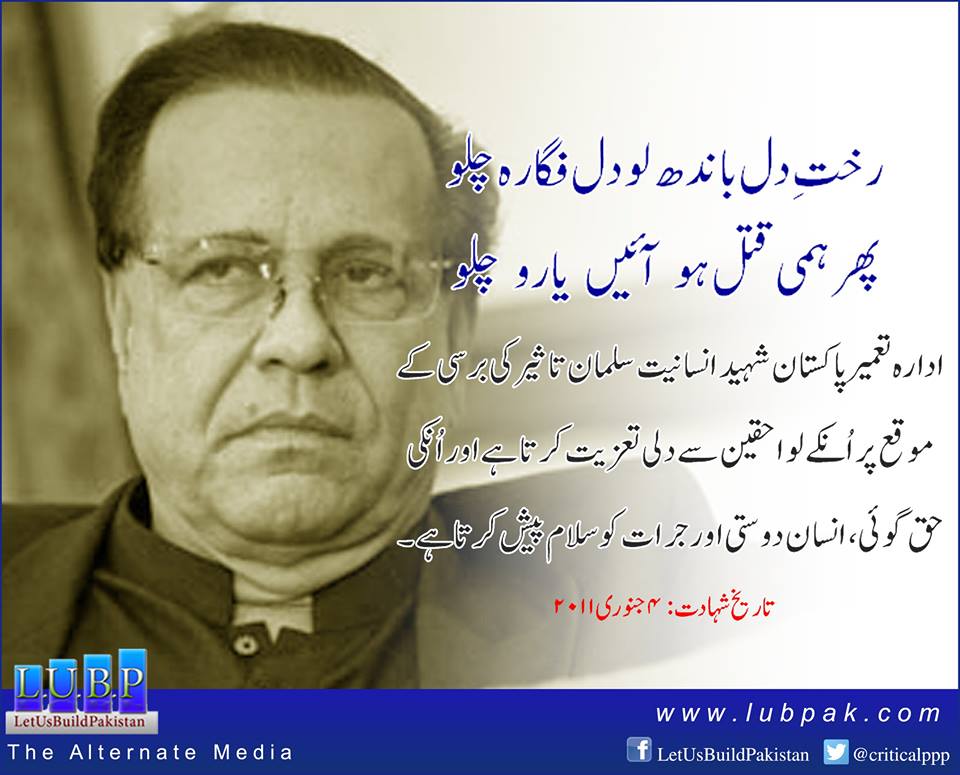 Anyone who appreciates the death penalty of Malik Mumtaz and praises the moron judges for their ‘brave’, ‘appreciable’ action of rejecting his plea, WITHOUT highlighting the plight of Asia Bibi, whose support is the real cause of Salmaan Taseer’s murder are basically Deobandi/Wahabi Islamist whose interest is to portray ‘Sunni Bralevi and Shia Muslims as extremists as Deobandi/Wahabi extremists.

The truth is death penalty of Malik Mumtaz “Qadr”i is appreciable in only so far as a murderer was duly sentenced for his crime. There is nothing more commendable.

However, real test of these moron judges is to hear the plea of Asia Bibi which is not being heard by the same judges for the last two years. Asia Bibi is still in the jail despite the sacrifice of Salman Taseer and it is the greatest injustice to Taseer.