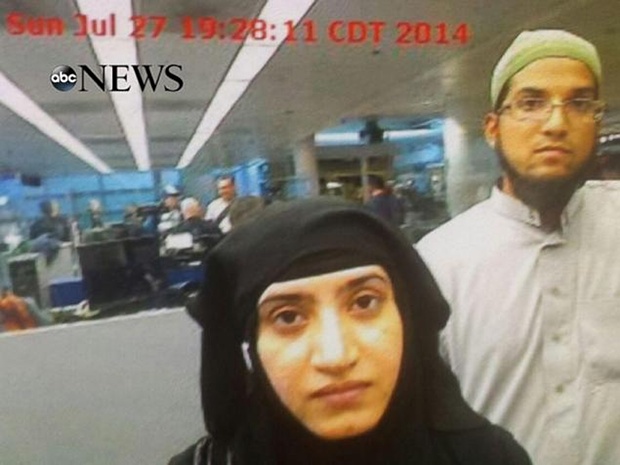 Anyone looking for clues for why Tashfeen Malik turned from a young mother into an Islamic State-supporting mass killer capable of slaughtering 14 people with her husband will struggle to find anything in the picture that has so far emerged of the 29-year-old Pakistani.

The news on Monday that she regularly attended a women’s religious group in her home country that promotes an austere form of Islam did nothing to change the emerging profile of a woman who resembles countless other young Pakistanis living at a time of social, economic and religious upheaval.

“She’s a typical small-town, educated, middle-class conservative,” said Nadeem Farooq Paracha, a social commentator for Pakistan’s Dawn newspaper. It is a class getting richer, living in fast-growing towns and, Paracha notes, increasingly strident in its religion.

In 2013, the British Council surveyed Malik’s generation of 18- to 29-year-olds and found 38% wanted to live under strict religious laws – higher than democracy or military rule.

Staff at the Al-Huda Institute in Multan, the city where Malik attended university from 2007-13, said on Monday that she was a regular visitor in her free time.

Al-Huda specialises in attracting middle-class, educated women to discussions about a puritanical form of Islam that critics say is akin to the Deobandism of the Taliban or the Wahabism of Saudi Arabia.

But that doesn’t mean members of Al-Huda go on to become terrorists, said Mohammad Amir Rana, a terrorism expert at the Pakistan Institute of Peace Studies.

“For me it is surprising because organisations like Al-Huda are against violence and are quite rational in their social view,” he said. “[Malik’s] profile is really quite different from the other women we have seen attracted to Daesh,” another name for Islamic State.

Like countless other Pakistanis, Malik’s family had abandoned their traditional Sufi-based Barelvi Islam that is credited with being relatively tolerant.

Deobandis and hardliners say the Barelvi traditions of visiting shrines, honouring deceased “saints” and listening to Sufi devotional music that characterised Islam in South Asia for centuries is blasphemous.

“My brother’s family cut off all relations with us 30 years over an inheritance feud,” said Malik’s step-aunt Hifza Bibi, a schoolteacher. “They converted and started to insult us, saying we do not believe in the oneness of Allah because of our love for saints.”

Like so many others, the Malik family were helped along in their religious journey by the experience of living as guest workers in the oil-rich Arab world.

Malik’s father, Gulzar Ahmad Malik, moved his family to Saudi Arabia when his daughter was just a young girl. For many of his generation, the growing of long beards and women wearing face veils is as much a sign of a higher economic status achieved from working abroad as piety.

The region has been a maelstrom of religious strife for decades with militant Deobandi groups such as the Lashkar-e-Jhangvi waging a bloody sectarian campaign against the Shia minority even as hardline seminaries proliferated.

Syed Nisar Hussain Shah, one of Malik’s pharmacology professors at Bahauddin Zakariya University, said there was nothing to suggest she was influenced by the turmoil outside the university gates.

“She was a very quiet, hardworking student,” he said. “She always wore a veil and did not mix much with other students,” perhaps owing to her many years living abroad.

Classmates said Malik became increasingly strict and “hardline” about her religious life during her time at the university.

Ishaq Bhutta, a student involved in campus politics, said Bahauddin Zakariya University was not spared the religious strife that affects other universities. Student Islamists would “annually conduct violent demonstrations at the university just to retain their presence as a force in student politics”.

And in 2013, a lecturer called Junaid Hafeez was jailed after students accused him of committing blasphemy on his Facebook page in an affair which also led to his lawyer being shot dead.

But for all that, there was little in her biography to make Malik stand out from others of her generation, said Paracha, the Dawn journalist.

“Every Pakistani knows these preaching, self-righteous conservatives who think everyone else is following the wrong type of Islam, but you never expect them to indulge in violence,” he said.

“This is one of the first times one of them has crossed the line into violence, and there’s no way to know who is going to flip next.”