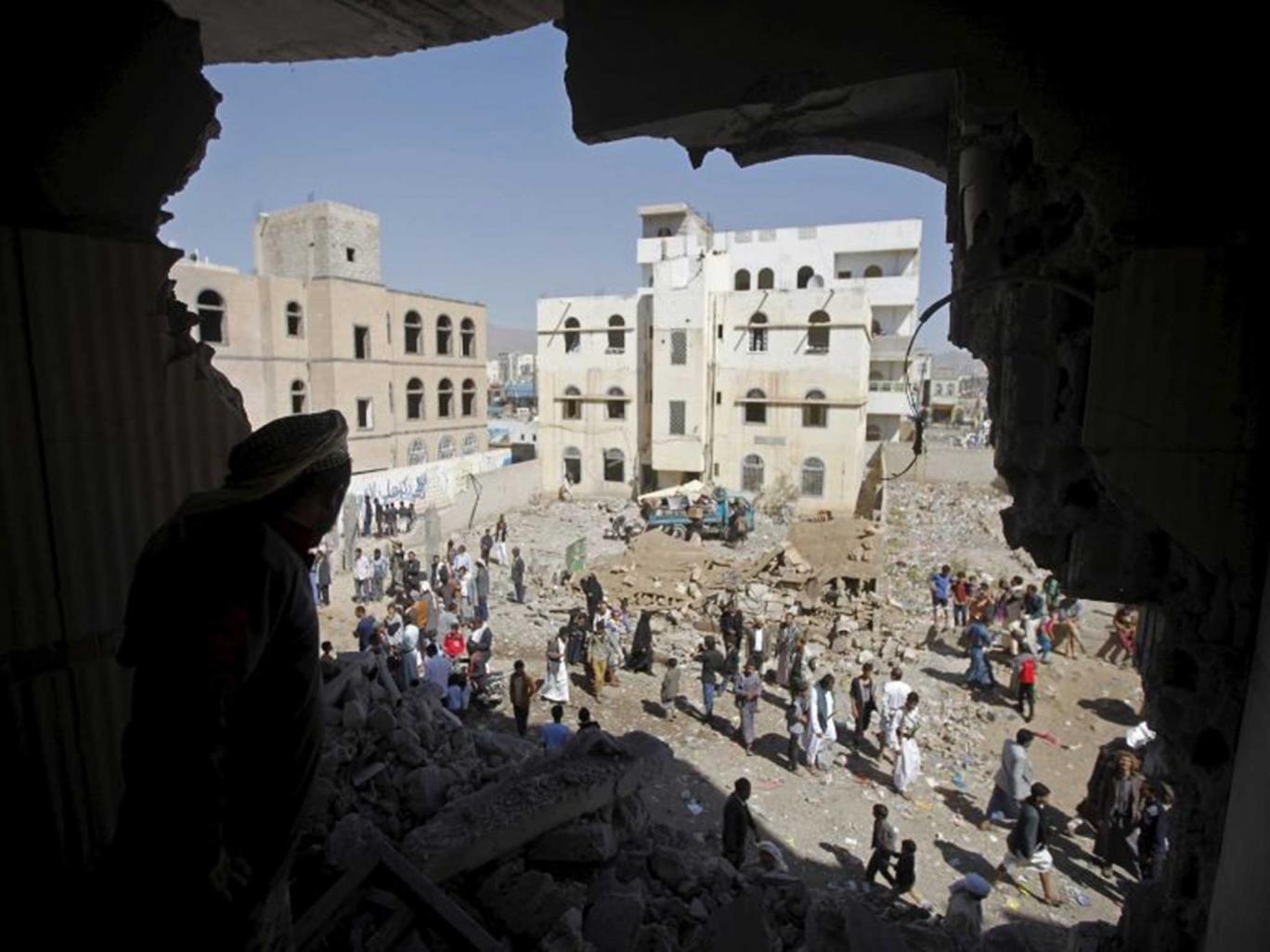 Yemen’s capital city has been largely reduced to rubble by Saudi Arabia‘s continuing air strikes, with residents describing “huge explosions” and buildings shaking as if they were in the “centre of an earthquake”.

Riven by civil conflict since the 2011 revolution, Sanaa has endured a punishing bombing campaign from the Saudi-led coalition in support of ousted president Abed-Rabbo Mansour Hadi.

The scale of the destruction across the country is devastating.

An estimated 1.5 million people have been displaced, according to the International Committee of the Red Cross (ICRC). Approximately 82 per cent of Yemenis need some form of humanitarian assistance, with more than half of the population lacking access to clean drinking water.

The escalation of the conflict in March 2015, when the Saudi-led coalition started air strikes under Operation Decisive Storm, has seen at least 5,700 people killed – half of them civilians.

The latest United Nations assessment of Yemen is predicted to state as many as 5,000 civilians have died in air strikes, with around 25,000 injured. Unicef estimates as many as 10 children are being killed every day. As the country’s infrastructure ceased to function, as many as 21 million people have been left without access to basic, life-sustaining services.

Against this bleak assessment the bombing has continued: an Amnesty International report in November alleged the Kingdom-led coalition used a British-made missile to destroy a civilian ceramics factory in Sanaa.

While much of the arms used are supplied by the US, the UK does provide some missiles, logistical support, airborne refueling and some intelligence.

A UK government spokesperson insisted they did not recognise the claims, adding that Britain “takes its arms export responsibilities very seriously and operates one of the most robust arms export control regimes in the world.”

Sanaa remains under the control of Houthi rebels, who have seized and held much of the north of the country. To the south, government forces – under Saudi-supported President Hadi – remain partially in control, although they face pressure from al-Qaeda affiliate AQAP (Al-Qaeda in the Arabian Peninsula) and also Isis, who Al-Monitor­ suggests may be capitalising on the region’s instability.