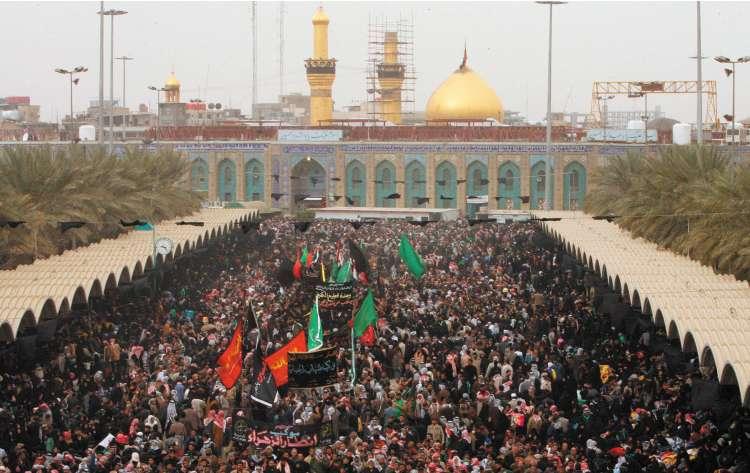 One of the biggest pilgrimages in the world is underway, with millions of Shia Muslims risking their lives to travel through Iraq.

They are making their way to the city of Karbala, 62 miles south-west of Baghdad, for the holy day of Arbaeen on 12 December – a journey that has previously been the target of numerous terrorist attacks.

Arbaeen marks the end of a 40-day mourning period following Ashura, the religious ritual that commemorates the death of the Prophet Mohammad’s grandson Imam Hussein in 680.

Shia Muslims revere him as their third imam and mourn his defeat at the battle of Karbala, when he and his companions were killed and beheaded by Caliph Yazid’s army.

The city holds the Imam Hussein Shrine, which was the destination of an estimated 20 million people from 40 countries in 2013.

The Hindu pilgrimage of Kumbh Mela, often held to be the largest in the world, sees more pilgrims but is only held every third year, while the Islamic Hajj pilgrimage to Mecca sees approximately 2 million people arrive every year.

Dozens of people died in last year’s Arbaeen as Isis and other Sunni militias attacked devotees with suicide bombs and rockets.

Isis, also known as the Islamic State, has declared Shia Muslims apostates and targeted them in its bloody campaign to establish a hard-line caliphate across Iraq and Syria.

Security is being increased around Karbala ahead of the pilgrims’ arrival but many choose to make the 55-mile journey on foot from Najaf, near Isis-controlled areas.

Writing for the Huffington Post, theology lecturer Sayed Mahdi al-Modarresi described his experience of Arbaeen as a “tumultuous, yet peaceful gathering”.

“An avalanche of men, women and children, but most visibly black-veiled women, fill the eye from one end of the horizon to the other,” he wrote. “The crowds were so huge that they caused a blockade for hundreds of miles.”

Some pilgrims chose to walk the entire 425 miles from Basra and Karbala over two weeks, he said, braving scorching sun in the day and cold at night, through terrorist strongholds.

“Arbaeen should be listed in the Guinness Book of World Records in several categories,” he wrote.