Saudi Arabia, an ISIS that has made It ( common hateful Tamiyah Wahhab Jozi ideology ) 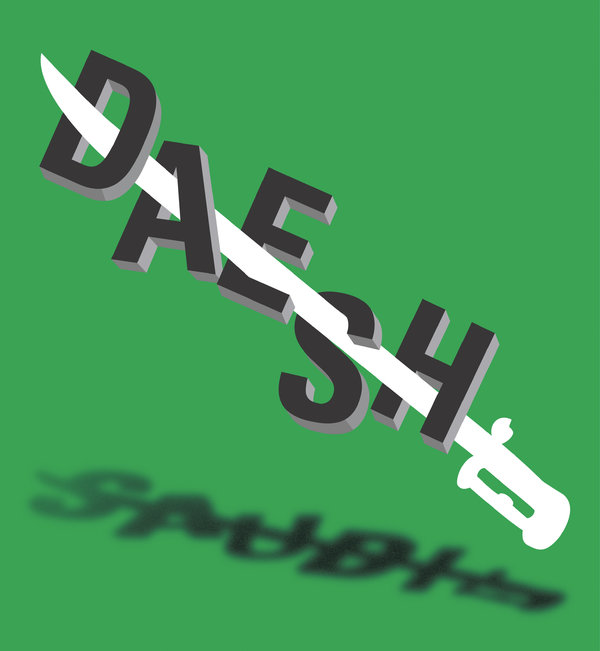 Black Daesh, white Daesh. The former slits throats, kills, stones, cuts off hands, destroys humanity’s common heritage and despises archaeology, women and non-Muslims. The latter is better dressed and neater but does the same things. The Islamic State; Saudi Arabia. In its struggle against terrorism, the West wages war on one, but shakes hands with the other. This is a mechanism of denial, and denial has a price: preserving the famous strategic alliance with Saudi Arabia at the risk of forgetting that the kingdom also relies on an alliance with a religious clergy that produces, legitimizes, spreads, preaches and defends Wahhabism, the ultra-puritanical form of Islam that Daesh feeds on.

Wahhabism, a messianic radicalism that arose in the 18th century, hopes to restore a fantasized caliphate centered on a desert, a sacred book, and two holy sites, Mecca and Medina. Born in massacre and blood, it manifests itself in a surreal relationship with women, a prohibition against non-Muslims treading on sacred territory, and ferocious religious laws. That translates into an obsessive hatred of imagery and representation and therefore art, but also of the body, nakedness and freedom. Saudi Arabia is a Daesh that has made it.

The West’s denial regarding Saudi Arabia is striking: It salutes the theocracy as its ally but pretends not to notice that it is the world’s chief ideological sponsor of Islamist culture. The younger generations of radicals in the so-called Arab world were not born jihadists. They were suckled in the bosom of Fatwa Valley, a kind of Islamist Vatican with a vast industry that produces theologians, religious laws, books, and aggressive editorial policies and media campaigns.

One might counter: Isn’t Saudi Arabia itself a possible target of Daesh? Yes, but to focus on that would be to overlook the strength of the ties between the reigning family and the clergy that accounts for its stability — and also, increasingly, for its precariousness. The Saudi royals are caught in a perfect trap: Weakened by succession laws that encourage turnover, they cling to ancestral ties between king and preacher. The Saudi clergy produces Islamism, which both threatens the country and gives legitimacy to the regime.

One has to live in the Muslim world to understand the immense transformative influence of religious television channels on society by accessing its weak links: households, women, rural areas. Islamist culture is widespread in many countries — Algeria, Morocco, Tunisia, Libya, Egypt, Mali, Mauritania. There are thousands of Islamist newspapers and clergies that impose a unitary vision of the world, tradition and clothing on the public space, on the wording of the government’s laws and on the rituals of a society they deem to be contaminated.

It is worth reading certain Islamist newspapers to see their reactions to the attacks in Paris. The West is cast as a land of “infidels.” The attacks were the result of the onslaught against Islam. Muslims and Arabs have become the enemies of the secular and the Jews. The Palestinian question is invoked along with the rape of Iraq and the memory of colonial trauma, and packaged into a messianic discourse meant to seduce the masses. Such talk spreads in the social spaces below, while up above, political leaders send their condolences to France and denounce a crime against humanity. This totally schizophrenic situation parallels the West’s denial regarding Saudi Arabia.

All of which leaves one skeptical of Western democracies’ thunderous declarations regarding the necessity of fighting terrorism. Their war can only be myopic, for it targets the effect rather than the cause. Since ISIS is first and foremost a culture, not a militia, how do you prevent future generations from turning to jihadism when the influence of Fatwa Valley and its clerics and its culture and its immense editorial industry remains intact?

Is curing the disease therefore a simple matter? Hardly. Saudi Arabia remains an ally of the West in the many chess games playing out in the Middle East. It is preferred to Iran, that gray Daesh. And there’s the trap. Denial creates the illusion of equilibrium. Jihadism is denounced as the scourge of the century but no consideration is given to what created it or supports it. This may allow saving face, but not saving lives.