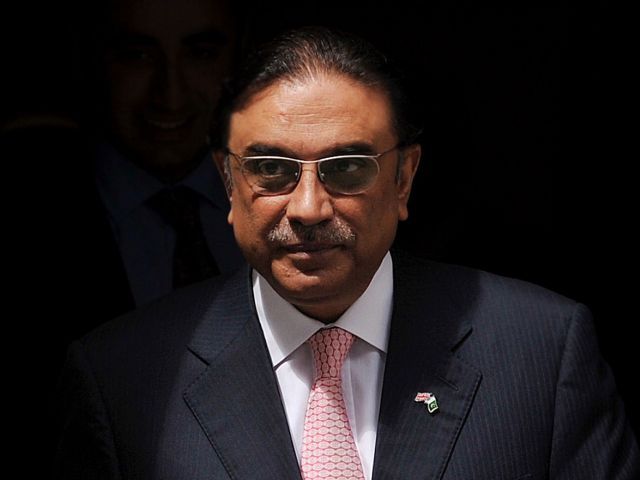 ISLAMABAD: Former president Asif Ali Zardari had sacked the rector of the International Islamic University Islamabad (IIUI) in 2012 under pressure from Saudi Arabia, according to a leaked cable of the Saudi Embassy.

A telegram sent to the then Saudi foreign minister confirms that Zardari told the Saudi ambassador in Islamabad during a meeting that Quaid-e-Azam University Vice-Chancellor Dr Masoom Yasinzai was appointed as acting rector in place of Dr Fateh Muhammad Malik.

Saudi officials had complained to the former president that the university was not being run according to the principles for which it was established during General Ziaul Haq’s regime, and rather ‘enlightened moderation’ was being promoted at the university, which is run mostly on funds received from the oil-rich kingdom and other Arab countries.

The university was established with the prime objective of imparting Sharia during the Soviet-Afghan war in the 1980s.

The major reason behind the Saudi annoyance and Dr Malik’s subsequent removal was stated to be a seminar organised at the university on ‘Extremism of Prisoners’, in which the then rector was somewhat critical of the kingdom’s policies and political discourse. Malik had labelled Saudi society as ‘uncivilised’ and ‘anti-women’.

According to the former rector, Zardari had first asked him to stay on but later said it had become difficult for him to sustain Saudi pressure. However, Dr Malik said that many things in the leaked cable were factually incorrect, as ‘some people’ had played a negative role and created confusion that led to his dismissal.

He said he had presented a paper at a conference and his findings were based on his research. “The seminar was organised on the Arab Spring, and as the chair at the event I read a paper on Allama Iqbal. I tried to establish how Iqbal’s poetry played a role in that revolution.”

As per the cable, Saudi officials said the sacked rector had dubbed Saudi society as followers of Abu Lahab, Prophet Muhammad’s (PBUH) paternal uncle who was openly opposed to Islam. They claimed that Malik had said God’s name could not be kept alive in an authoritarian society. “He also criticised the Saudi police for not taking action on crimes against women and said they are buried alive in the kingdom,” stated the cable.

Recounting one of his meetings with the Pakistan Peoples Party (PPP) co-chairman, the former rector said Zardari first told him that he would stay on as the rector as long as the PPP remained in power. Malik said: “He also extended my tenure, noting down on my file – until further orders.”

But once the then Saudi foreign minister approached Pakistan’s Ministry of Foreign Affairs, Zardari discussed the issue with the IIUI rector and asked him to pick any other institution, citing ‘sensitivity’ of the matter. “First I was sent on an indefinite leave, and later I was sacked,” recalled Dr Malik, who is working on a book these days.

“The one thing he knows is that during last days of his tenure, ex-rector of IIUI went on indefinite leave,” he added.