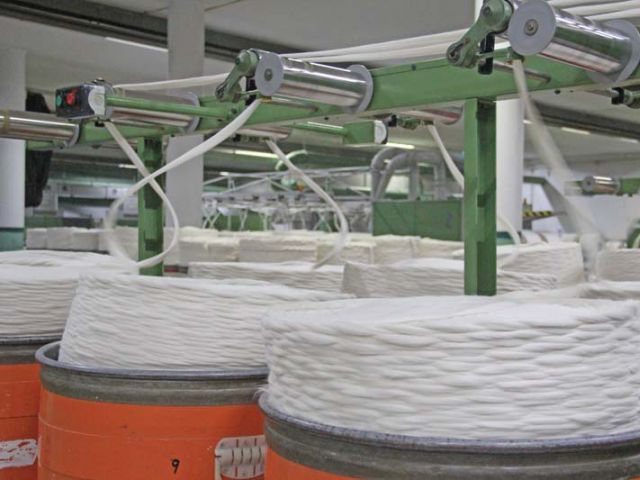 The trade figures released by the Pakistan Bureau of Statistics for the first quarter of the current financial year (July to September) do not portray an encouraging picture of the direction of exports.

There has been a decline of almost 15% in export shipments compared to the corresponding period of last year.

Future contours of Pakistan’s exports can be easily predicted in the wake of the global economic slowdown mainly caused by the economic recession in the European Union and downward revision in the GDP growth forecast for China. This has created nervousness in international commodity and equity markets where prices have gone down substantially.

Despite these challenges, the value-added textile sector of Pakistan has outperformed other exports from the country. The main contributing factor has been the enhanced market access under the EU’s GSP Plus scheme.

Pakistan’s quest for market access to its major trading partners intensified in 2010 when the country witnessed the worst flooding in its history. Heavy monsoon rains submerged a quarter of the landmass, displacing millions of people. The floods devastated major infrastructure with the loss of precious lives, property and livelihoods.

Pakistan approached the international community for immediate relief assistance. It also requested the EU and US for trade concessions to rehabilitate the economy.

The EU agreed to grant trade concessions, mostly for textiles. These concessions also required a consensus amongst the 154 members of the World Trade Organization (WTO), which included countries that had political disputes with Pakistan and others that saw the erosion of their trade preferences due to these concessions.

For the first time, the member states agreed on trade concessions for a developing country to rehabilitate its economy affected by a natural calamity. The concessions were mainly due to the sympathy of the international community and the diplomatic efforts of the government of Pakistan and its allies in convincing the WTO members.

Simultaneously, Pakistan also intensified its efforts for advocacy in the EU for modifying the GSP Plus scheme to make the country eligible to apply for these concessions. These efforts bore fruit and the EU modified the scheme enhancing the vulnerability criteria to 2%.

It means that countries whose total exports to the EU do not exceed 2% of the bloc’s global imports became eligible to apply for the concessions.

One of the important objectives of the GSP Plus trade concessions is to motivate the applying countries to make arrangements for sustainable development and good governance by ratifying 27 international conventions relating to human rights, labour rights, governance and environment protection. The concessions are available to qualified countries for 10 years. Every two years, the European Commission has to submit a report to the European parliament on the implementation of these 27 conventions.

Pakistan’s implementation of the conventions is coming up for evaluation in early 2016. It must be giving sleepless nights to the policymakers who would be required to defend the country’s human rights and governance records. For them, the concessions are important not only to support the export sector but also to rehabilitate the economy suffering from insurgency and terrorism, which is a spillover of the global war on terrorism in the territories of Pakistan.

The two recent steps taken to improve the security situation including the establishment of military courts to try persons accused of terrorism and the lifting of moratorium on capital punishment, will come under strict scrutiny during the review process. Defending these actions in the parameters of international conventions will be a daunting task for the government.

The important thing is that these extraordinary measures are aimed at fighting terrorism and insurgency. It is important for the EU and the international community to realise that Pakistan is fighting terrorism not only for the security and stability of its territory but also for the stability of the region. In case Pakistan loses this battle, its repercussions would be too painful to even envisage.

Trade concessions are important for the economic development and will provide livelihood to a large segment of the population affected by the conflict. It will also provide the option to the population for a decent living instead of joining the ranks of terrorists.

In the short run, Pakistan may be able to convince the EU of the extraordinary circumstances that led to the introduction of these measures. However, in the long run, the country needs to improve its record of human rights and governance for sustainability and economic viability of the country. It needs to show the resolve to the international community to implement the 27 conventions in a transparent manner and be seen as a responsible member of the global community.